In what appears to be a staged “news” event, a young man in Liberia is taken to a clinic where he rolls on the ground moaning, “I’m dying, I’m dying…” in full view of a news cameraman.

But shortly after being informed that no one in the clinic will see him, the young man makes a miraculous recovery. At first he just looks up quickly and alertly, then later is seen sitting up.

Although the news reporter “says” that the young man shows all the signs of late stage ebola, the young man appears to be perfectly healthy when he is sitting up. 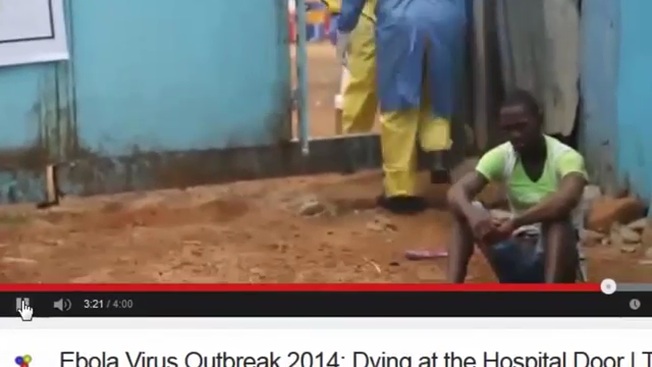