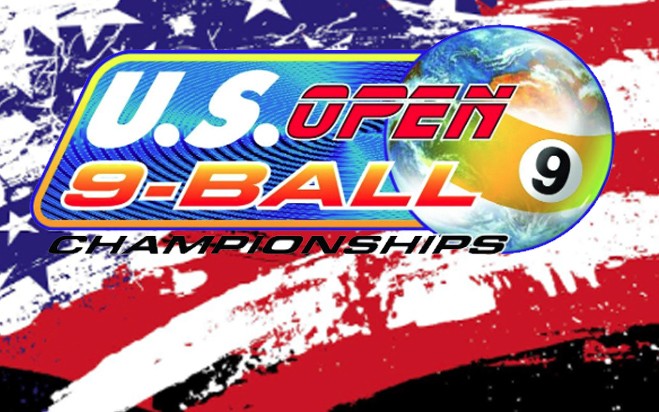 Day One of the world’s premier pool championship is in the books, and not without a few upsets, twists, and turns.

Top ranked Shane Van Boening (USA) and Mika Immonen (FIN) were fast-tracked into the next round without opposition, as was the legendary Efren Reyes (PHI) when his opponent failed to show up.

Most of the heavy-hitters made it through to the winner’s bracket unscathed, with one very notable exception. 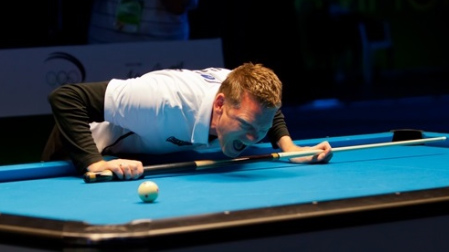 Current World 9-Ball Champion Neils Feijin was taken out 11-8 by former U.S. straight pool champ Max Eberle. No shame in losing to a player the caliber of Eberle, but anytime a world champ gets taken out in the first round is sure to turn some heads.

Eberle has just returned from a trip to the Philippines and says that playing there has improved his focus. So far so good.

Rodney “the Rocket” Morris was also sent to the loser’s bracket by 23-year-old Alexander Kazakis from Greece. Keep an eye out for this kid.

Some other big matchups in the opening round include John Morra (CAN) over Raj Hundai (IND) 11-8. Mike Dechaine (USA) over Tony Drago (MAL), and Jason Klatt (CAN) over John Schmitt (USA).

Schmitt is one of the candidates for a spot on the USA Mosconi Cup Team for later this year, and results at the Open are quite likely to affect who makes the cut and who doesn’t.

Head coach Mark Wilson has been criticized by some of the more experienced players who were overlooked, but team hopefuls Justin Hall, Corey Deuel, Justin Bergman, and Jeremy Sossei are through to the next round on the winner’s side, while Brendan Shuff lost a nail-biter to Japan’s Uchigaki 11-10.

Look for a little extra determination in the next round as some of the old guard does battle with the young guns.

Mike DeChaine has been pretty vocal about not getting a shot at the team, and he’ll be going up against Justin Bergman next. No personal animosity there, but I would expect to see their “A” games. DeChaine is one of only a few players who is breaking well, so Bergman will have his hands full.

Some other interesting match-ups include the battle of two Philippino Hall of Famers: Jose Parica and Efren Reyes, and a “cool kids” match between Skyler Woodward and Alex Pagulayan.

The battle for pool supremacy continues.