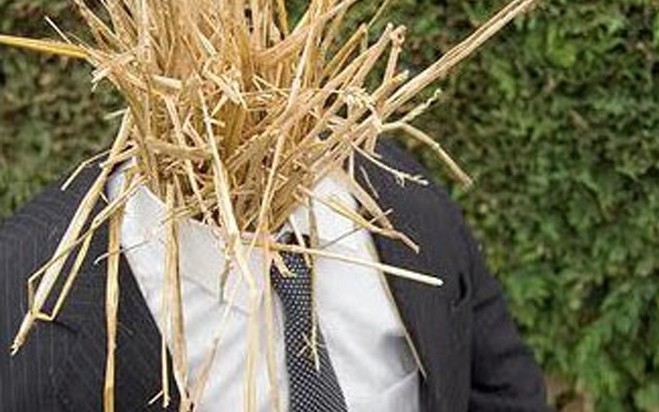 Among the suggestions being made for getting the American economy moving up again is a reduction in the capital gains tax.

But any such suggestion makes people on the left go ballistic. It is “trickle down” economics, they cry.

Liberals claim that those who favor tax cuts and a free market want to help the rich first, hoping that the benefits they receive will eventually trickle down to the masses of ordinary people.

But there has never been a trickle down theory.

No such theory can be found in even the most voluminous and learned books on the history of economics.

It is a straw man.

This straw man is not confined to the United States.

A critic of India’s change from a government-dominated economy to more free market activity in the 1990s accused those behind this change of having “blind faith in the ‘trickle-down’ theory of distributing the benefits of economic growth among different socio-economic groups in the country.”

But free-market economics is not about “distributing” anything to anybody. It is about letting people earn whatever they can from voluntary transactions with other people.

Those who imagine that profits first benefit business owners — and that benefits only belatedly trickle down to workers — have the sequence completely backward.

When an investment is made, whether to build a railroad or to open a new restaurant, the first money is spent hiring people to do the work. Without that, nothing happens.

Money goes out first to pay expenses first and then comes back as profits later — if at all. The high rate of failure of new businesses makes painfully clear that there is nothing inevitable about the money coming back.

Even with successful businesses, years can elapse between the initial investment and the return of earnings.

From the time when an oil company begins spending money to explore for petroleum to the time when the first gasoline resulting from that exploration comes out of a pump at a filling station, a decade may have passed.

In the meantime, all sorts of employees have been paid — geologists, engineers, refinery workers, truck drivers.

Nor is the oil industry unique. No one who begins publishing a newspaper expects to break even — much less make a profit — during the first year or two. But reporters and other members of the newspaper staff expect to be paid every payday, even while the paper shows only red ink on the bottom line.

In short, the sequence of payments is directly the opposite of what is assumed by those who talk about a “trickle-down” theory. As for capital gains, some countries don’t tax capital gains at all. They tax a business’ earnings, but not capital gains, which are harder to define and sometimes illusory.

The real effect of a reduction in the capital gains tax rate is that it opens the prospect — only the prospect — of greater future net profits. But that is enough to provide incentives for making current investments.

Reductions in the capital gains tax rate tend to draw money out of tax shelters like municipal bonds and into creating jobs and productive capacity. That’s the point!

As with all taxes, a distinction must be made between tax rates and tax revenues. Tax revenues went up while tax rates went down in the 1980s. Similarly in the 1960s and the 1920s. That is because incomes rose more than tax rates fell.

But still it will be claimed that we cannot “afford” to cut tax rates because it would create deficits. Spending creates deficits — and it is big spenders who fight hardest against cutting tax rates.

It is not faith but empirical evidence that is overwhelming on the actual track record of tax cuts and free markets.

By the 1980s, this mounting evidence convinced even left-wing governments in various parts of the world to cut back government operations and sell government-owned enterprises to private industry.

Faith had nothing to do with it.

In India, in the decade since the 1991 economic reforms which were condemned as “blind faith,” the country’s economic growth rate has soared.

It has been estimated that the real blind faith — in government planning — had cost the average Indian hundreds of dollars a year in income during the decades when socialist dogma ruled. In a poor country like India, this was income they could not afford to miss.

Even in a prosperous country like the United States, there is no need to forego economic benefits for the sake of a political phrase.

Thomas Sowell is an American economist, social theorist, political philosopher, and author, whose books include Basic Economics, Economic Fallacies, and Intellectuals and Society. He is currently Senior Fellow at the Hoover Institution, Stanford University. He received a Bachelor’s degree from Harvard University in 1958 and a Master’s degree from Columbia University in 1959. In 1968, he earned his Doctorate in Economics from the University of Chicago.