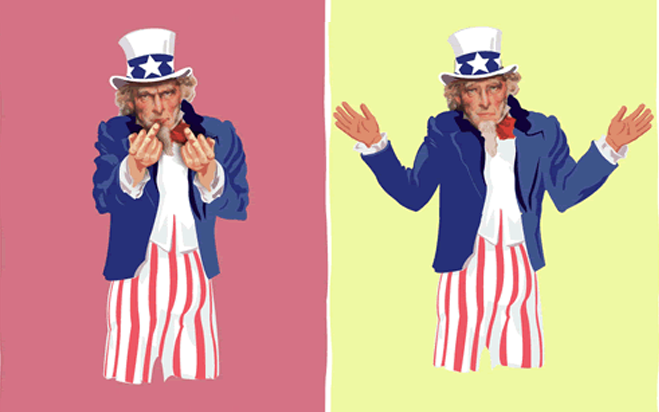 A frequent theme nowadays is “Why do they hate us?” meaning why does so much of the world detest the United States.

The Civil War ended in 1865, the Federal occupation in 1877. Yet today many Southerners are still bitter, to the point that their emotional loyalty is to the South, not to Washington.

Silly? Yes, if you are from the North. Grievances matter more to those aggrieved than to the aggrievers.

In Guadalajara, near my home in Mexico, a towering monument in a traffic circle honors Los Niños Héroes, the Heroic Children. These are the little boys who, when the invading American armies attacked Chapultepec in 1847, went out to fight for their country. Avenues are named Niños Héroes all over Mexico. Few Americans even know that there was a war.

Wounds to national pride gall people, and endure. Exactly why, I don’t know, but it happens.

Consider China. How many have heard of the Opium Wars of 1839 and 1856? Or understand that the United States and the European powers simply occupied such parts of China as they chose, forced opium sales on China, imposed extraterritoriality, and bloodily suppressed the Boxers? How many people have even heard of the Boxers?

Over a billion Chinese.

My point is not that China is morally superior to the United States. It isn’t. However, if you want to understand why so many countries loathe us, you have to understand how they see us.

Whether you agree is irrelevant.

Nor does it matter whether their grievances are factual. For example, many South Americans believe their countries to be poor because of exploitation by America. This isn’t true, which doesn’t matter at all.

A few years back I was in Laos and chatted with a young Lao woman. She mentioned in passing the death of her father. What happened to him, I asked? Oh, she said, he died fighting the Americans. A war that many Americans saw as a meritorious crusade against communism was, to the countries involved, an inexplicable attack that killed their fathers and brothers and children. They didn’t see why the internal affairs of their country were America’s business.

Agree with them or don’t, but that’s why they hate us.

Countries usually see their own virtues and the warts of others. Americans, perhaps because they do not much travel, carry this to an extreme and regard their country as superior to all others. The attitude is highly annoying. Consider the US from the point of view of others:

America is both a rogue state and a bully, constantly attacking countries hopelessly inferior in military strength — Cambodia, Vietnam, Laos, Panama, Cuba, Iraq, Somalia, Afghanistan, etc. Civil rights? The US has more people in prison than any other country. Many of our cities are festering slums. The world saw the victims of Katrina. Morality? The country is rife with drugs, crime, sex. Culture? In education, American students are annually shown to be inferior to those of Thailand, Hungary, Singapore, and so on. America is tasteless and sordid. Look at the movies….

Yes, yes, some of that isn’t fair, and an American might ask, for example, how an Arab country, practicing female circumcision and not allowing girls to study, can lecture anyone on morality. I agree. But how they see things determines their attitudes.

In Google Images, search on “Abu Ghraib.” You will see American Army women grinning as they torture and humiliate Arab men. They are having a wonderful time, and the whole world can see those pictures. This was American policy — low-ranking girl soldiers do not undertake this kind of thing without approval from command. The general in charge was a woman. Torture is still American policy.

Stalin did this sort of thing. So did Adolf. So did Pol Pot. And so does the United States. Other countries know it. (Google recently pulled its ads from Antiwar.com because the site posted an Abu Ghraib photo. Does Google support torture, or did the Feds threaten….? Nah. Impossible. Not our government.) When I think how other countries react, I cringe.

Below the Rio Bravo? The first rule of American hemispheric diplomacy south of Texas should be “Don’t get into Latin faces unless you have to.” The US has a long history, of which most Americans aren’t aware, of meddling to the south. At least three invasions of Mexico depending on whether Veracruz counts as an invastion or just a bombardment), at least one of Panama, the installation of Pinochet in Chile and of support for various Central American dictators, United Fruit, the Canal Zone, the Bay of Pigs, on and on and on. These things are remembered.

A couple of examples of abjectly stupid, obnoxious meddling: First, many decades back, Mexico had a comic-book character called Memin Pinguin, a caricature black kid with exaggerated lips and so on who had adventures with white friends. In 2005, Mexico issued postage stamps with Memin’s picture, as we might of Elvis. To Mexicans it was innocent nostalgia. Yet in America outrage erupted. Jesse Jackson attacked the Mexican government and George Bush denounced the stamps as racism. People here were furious: Mexico couldn’t even issue postage stamps without approval from Washington.

Second: In 2006 , some Cuban businessmen took a room in the Sheraton in Mexico City. Washington got wind of it and forced Sheraton, an American company, to eject them. Childish, pointless, it enraged Mexicans who see Cuba as yet another small country being bullied by the US, and regarded the ejection as meddling with national sovereignty. The effect of course was to fan sympathy for Cuba.

Further, we tend to see things through lenses of moralistic abstractions: Democracy is good, and freedom is good, and therefore if we bomb Iraq and kill many thousands of soldiers who are someone’s husbands, brothers, children, and fathers, the survivors will throw flowers and turn into Fifth Century Athens. It’s all right to destroy cities because we say we have good intentions.

People detest condescension. Yet we lecture Russia and China condescendingly on human rights, and speak openly of committing “regime change” in various countries as if we had a divine right to determine their form of government. It smells of armed mommyism, which no one can stand.

It is even worth reflecting that our “democracy” and “freedom” do not look as resplendent as we might think to the people of a more collective-minded and well-run country. Try Singapore. Neither democratic nor free in our sense, it is prosperous, free of crime, without a drug problem (a country that executes drug dealers has few of them), enjoys schools far better than ours; lacks graffiti, vandalism, and trash in the streets, and has a high degree of technological advancement. Its people quietly regard themselves as civilizationally superior to a degraded America in decline. (Humility is not a besetting sin of the Chinese.)

Why do we not behave more sensibly? Americans obviously are not stupid people. Dummies don’t build Mars rovers. Yet we seem to have a wanton, almost genetic non-grasp of how others think — which means that we can’t predict what they will do. Often Americans just don’t care what others think. This of course plays into the hands of Hugo Chavez and bin Laden.

That’s why they hate us. We meddle.