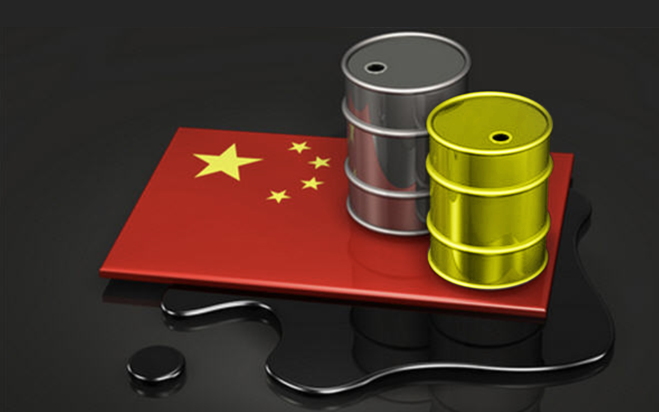 After years of planning, China is threatening to launch a crude oil futures contract priced in Yuan later this year. The contract would allow traders in China, and other countries, to bypass the U.S. dollar when purchasing oil.

To allay investor concerns over the trustworthiness of the Chinese currency, the contract is to be directly convertible into gold.

The creation of the Shanghai Oil Contract threatens to upend the current world order, which is dominated by the U.S. dollar.

When Nixon closed the gold window in 1971, refusing to exchange foreign holdings of U.S. dollars into gold, the gold standard effectively came to an end. By making a deal with Saudi Arabia to sell its oil exclusively in U.S. dollars, oil became the de facto commodity backing the world’s reserve currency.

The U.S. dollar had been elevated to reserve currency status following WWII. So much of the world’s gold supply had flowed into the U.S. during the war, that it was the only country with a currency strong enough to support international trade after hostilities had ceased.

At the time the dollar was literally “good as gold.” $35 per ounce to be specific according to the agreement made at Bretton Woods, NH.

The idea was that countries who made transactions in U.S dollars, could redeem those dollars at the U.S. treasury for gold, if and when they saw fit to do so.

During the 1960’s, more and more countries were seeing reason to do so. Government spending and debt increased so much under the Johnson administration that other nations began to seriously doubt the ability of the U.S. to make good on its promise.

In 1965, French president de Gaulle said, “If all countries holding dollars came to request, sooner or later, conversion into gold… even though such a widespread move may never come to pass…[it] would probably shatter the whole world.”

He went on to explain:

“The fact that many countries, accept as a principle of dollars being as good as gold for the payment of the differences existing to the their advantage, in the American balance of trade. This very fact leads Americans to get into debt, and to get into debt for free at the expense of other countries, at least in part, with dollars that only they are allowed to emit.”

“We consider necessary that international trade be established as it was the case before the great misfortunes of the world, on an indisputable monetary base, and one that does not bear the mark of any particular country… gold.”

In 1965 alone, de Gaulle sent the French navy across the Atlantic to pick up $150-million worth of gold.

This drain on U.S. gold, threatened to make the U.S. insolvent, and thus lose all the privileges that came along with printing the world’s reserve currency. And so without warning or debate, Nixon put a stop to it in 1971, effectively creating a dollar backed by oil, not gold, to maintain control of the world monetary system.

This control has been challenged numerous times since then.

In 2000, Saddam Hussein began selling Iraqi oil in Euros. Iraq was then vilified for the attacks on 9/11, Iraq invaded, and Saddam killed.

When Libya’s Muammar Gaddafi announced his intention to create, “a single African currency made from gold, a true sharing of the wealth.” It wasn’t long before Gaddafi too, was done away with.

Russia, Venezuela, Iran, what do they all have in common? A desire to sell oil in currencies other than dollars. And now China.

This move has been long in the making, with China being the biggest importer of gold for more than a decade, including an almost 60 percent jump in its reserves since 2009. In 2015, physical delivery from the Shanghai Gold Exchange (SGE) was more than 90 percent of total global output.

When will the contract launch? No one knows for sure. But when it does, a seismic shift in world power will take place. It’s a not a matter of if, but when.