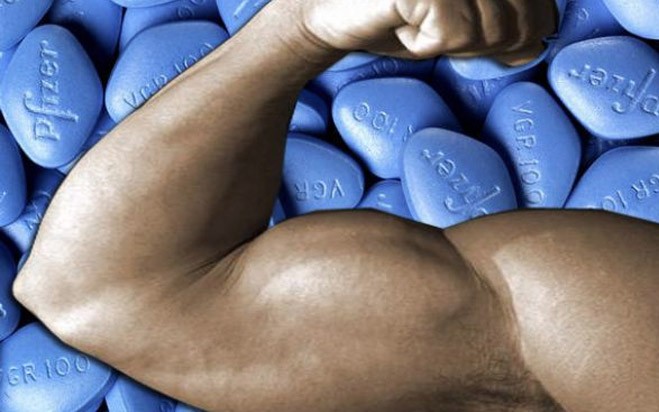 Known to many as the maker of the sex-enhancing drug Viagra, Pfizer, the world’s largest pharmaceutical company is planning to renounce its U.S. citizenship.

Yes, Pfizer has a new love, and after buying British firm, AstraZeneca, it plans to move to Britain.

Britain’s corporate income tax rate is 15 percent lower than America’s and Pfizer will save more than a billion dollars a year by making the move.

It shouldn’t be any surprise that a business would seek to improve its performance by lowering its costs.

What should be a surprise however, is that the nation that broke away from Britain because of taxes that were too high, is now losing business to Britain because its own taxes are even higher.

Correct me if I’m wrong, but didn’t America break away from Britain to escape oppressive taxation?

Pfizer’s departure will of course lower the tax revenues brought into the U.S treasury, and the politicians who are all too eager to spend whatever comes in are not too happy about it.

In Washington D.C politicians are scheming for ways to prevent Pfizer from leaving, while on Wall Street, investors are urging other large companies to relocate.

But why are politician’s driving business away in the first place?

America does not tax churches, charities, or colleges, yet businesses produce many times as many jobs as those institutions.

If politicians are committed to “creating jobs,” does it make any sense to impose the highest corporate tax rate in the Western world on the best job creators?

Does that make any sense?

Many States use lower taxes to get what they want. For example, Florida wants people to retire there, so they have no estate, inheritance, or income tax.

People do not retire to Florida just for the orange juice.

So if politicians are really serious about creating jobs, then why not make “free enterprise” in the U.S. of A. really “free,” and lower the corporate tax rate to zero.

What message would this send?

Move your company to the USA, keep every dollar of your profits, and either reinvest it here in the “land of the free” or take it home and be taxed there.

Every U.S. company would have more cash for wages, investment and new hires, and every company that relocated here would create new jobs.

Or are we not willing to create jobs for the unemployed and poor if it means the rich will get richer?

Newsflash: the rich are going to get richer anyways, they are just going to do it somewhere else.

Consider the other benefits of abolishing the corporate tax.

No one likes the influence of corporate lobbyists on politics. Well… what if there were no tax breaks to be had because there was no tax in the first place?

Armies of tax lawyers, accountants and IRS agents would have to stop hassling people and find something more useful to do. Companies could focus full time on creating jobs and wealth, not paperwork.

Why won’t it happen?

Many people seem to think the corporate tax is an indispensable weapon in reducing inequality and redistributing wealth. They want corporations to pay their “fair share,” and are outraged at the idea that “corporation are people.”

But if corporations are “not” people, then who will write the check? One cannot tax a building, a factory, or a chair.

Corporations don’t pay taxes, people do. The CEO may sign the check, but who really pays?

The millions in corporate income tax paid by Wal-Mart, McDonalds, and Ford come out of the dollars spent by people who shop at Walmart, eat at McDonalds, or drive a Ford.

Do the rich and powerful shop at Wal-Mart? Eat at McDonalds? Or drive a Ford?

Taxing corporations punishes the poor and the middle classes much more than they punish the rich. If the cost of more jobs and lower prices is that the rich get richer, then so be it.

What is the alternative?

Higher prices and fewer jobs. Who wants that?