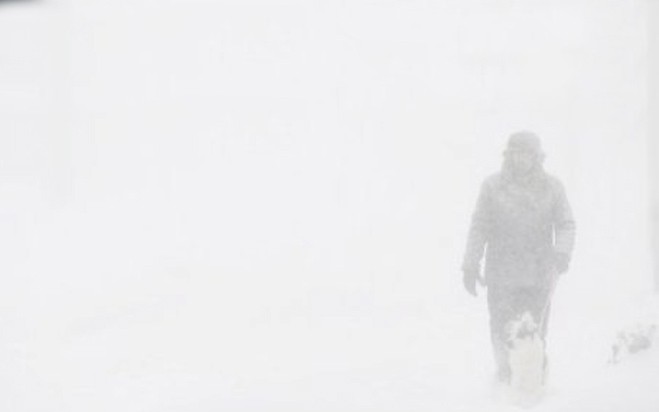 Many years ago, in upstate New York, there was a lady who was caught in a fierce snow storm that produced conditions called a “whiteout.” That’s when the snow is falling so thick and fast that all you can see in any direction is just sheer white. This lady wandered around in the storm, struggling to try to get home, but there was no way for her to know where home was.

Eventually she collapsed in the snow and died — something like 50 feet from her home that she could not see.

All too often that image comes back to me when I see so many people in poverty wandering off in all directions, either alone or following some of the many local or national messiahs — often not very far from a way out of their poverty but, like the lady who died in the snow storm, unable to see the way.

Some years ago, a dear friend of mine took it upon himself to try to educate a young nephew from a poor and troubled home, taking the lad into his and his wife’s own home, and paying for him to go to a private school. The boy was quite bright but he had problems that took up a lot of the time and money of my friend, who had a very demanding job, and could ill afford the time or money that he was spending, in hopes of giving this young man a better life.

Eventually, after some years, the young fellow came to him and said that he wanted to go back home. He could handle the school work where he was, but found it both unsatisfying and unnecessary. He said frankly that he thought he could make it through life without that education, living by his wits, hustling in one way or another.

Disappointing and even shocking as that story was, it was not unique. I have heard something like it from other friends who tried to help similar young persons, sometimes seeing them make progress, but then seeing them eventually lose their way and the whole heart-breaking effort come to nought.

A couple of years ago, a friend in Chicago told me about a success story, where the young man was now in college, but only after a lot of complications that made it seem like that might never happen.

Unlike the lady lost in a snow storm, who might with better luck have stumbled into her home in her wanderings, many young people in poverty today not only do not seem to know the way, but have many other people leading them off in other directions.

Some of these other people are fellow youngsters with little experience or understanding of a wider world than the one they grew up in, and a short time horizon that seldom extends beyond the pleasures or excitement of the moment. Their shared ignorance may seem like knowledge. And, by the time experience in the world of hard knocks gives them some real knowledge, it may be too late.

Where there is no father in the home, as too often is the case, adolescent boys may choose as models irresponsible people in the world of entertainment, or even in the world of crime.

Then there are the messiahs with a message. The most popular of these messages seems to be that all your problems are due to other people — people that the messiahs will help fight, in exchange for your loyalty, your money or your votes. What would be an analogy to the lady in a snow storm would be if she had someone leading her in the opposite direction from her home.

Then there are the well-intentioned people who imagine that they are helping, when in fact they are doing more harm than good.

Some think they are doing young people in poverty a favor when they help promote the idea that their problems are caused by other people, rather than by knowledge and skills that they lack, but could acquire, if they put their minds to it and stayed with it.

Some of the well-meaning people think that promoting young people’s “self-esteem” and being “non-judgmental” is the way to go. Some even make excuses for them, either explicitly or implicitly, by using such words as “troubled youths” or “at risk” young people. They do this even when the youths are trouble for others, and a risk for those who encounter them, but are having a great time themselves, raising hell.

There are no magic solutions, at least none that I know of. Common sense, common decency, work and honesty are about all I can come up with. These things are not fancy or new or politically correct. But they have a better track record than much that we are doing today.