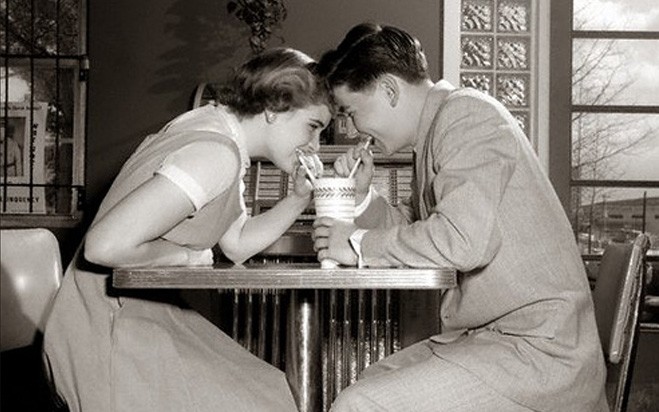 In the 1950’s America was, superficially at least, happy.

The war was over, and while Europe and Asia rebuilt themselves, American’s delighted in toasters, Chevys, and Joe Dimaggio.

Men and women married. The men went to work, while the women stayed home to raise the kids. Schools saw their job as teaching reading, writing, arithmetic, civics, and science.

Divorce was rare. Drugs, pornography, and children born out of wedlock, also known as ‘bastards,’ were almost unheard of.

But then things changed.

Women became bored of making peanut butter sandwiches in the suburbs. They wanted to be lawyers, bus drivers, and pharmacists.

No moral or legal principle prevented it, and the country could use their intelligence. So women poured into the workforce, out of the home, and the next generation of kids were raised by strangers.

Next it was decided to make divorce easier. It was better for all concerned to end the union of unhappy couples, so the thinking ran.

Why should anyone be stuck in a relationship gone sour? Before long, the rate of divorce hit 50%.

Next pornography became acceptable. It was reasoned that God made our bodies, so there was nothing wrong with putting them on display.

Besides, there was the first amendment, and what right did a bunch of prudes have to tell anyone what they could read or look at? Soon you could see photos on the Internet of genitals pierced with sewing needles.

Next it was said that the races living separately inflicted damage on minorities, which it did, and gave America a bad reputation, which it did. So the Supreme Court ended segregation.

There followed racial hostility and endless bickering over righting past wrongs with future wrongs.

Then came unwed couples. Big city living made it less conspicuous, and the Pill made it safe. What was wrong with it? Surely it was better than leaping into an ill-advised marriage.

Besides, living together provided a needed sexual outlet. And the rent was lower too.

Next the divorce courts decided to grant custody of children exclusively to mothers. The mothers had given birth to the children, and mothers had always taken care of children in the past.

Soon children were growing up without fathers at all, and without any conception of what a man’s role in the world might be. Except as the object of scorn.

The meaning of the word “bastard” changed from being a “fatherless child,” to apply instead to the now absent man. That bastard.

The perky phrase, “Single mom,” came into style. It was said reasonably enough that no one had the right to tell women what they could reproduce.

Next it was decided that homosexuality was an “orientation,” not a perversion. Gays, as they came to be called, were harmless, productive, and stylish. So they came out of the closet.

But what was wrong with that?

Sex, God knows, is natural. Everyone is interested in it. Who wants to live in a prissy atmosphere of Victorian repression? Soon, condoms were being handed out in grade schools.

Homosexual marriage came. It made sense. Surely people of the same sex can love each other, and what business does anyone have in telling people who they can marry?

One might look to the future and ask, why not polygamy? The same arguments apply as well to it as to homosexual marriage. It makes sense.

The only reason this hasn’t caught on is that there are more gays than there are Mormons. Polygamy is not a perversion, it’s a personal preference, and has a long history in Christianity. Consider King Solomon’s wives. Legalizing it makes sense.

Drugs, almost unheard of in 1950, came to be accepted by all strata of society. Marijuana and Prozac flowed freely in respectable society. Why shouldn’t people use these reality enhancers if they want to?

They did less harm than alcohol and tobacco, which were already legal, so why not? Soon, middle-school kids were making a career out of selling crystal meth.

Then the schools turned to justifying all the previous decisions that made so much sense. Instead of being centers of learning, they became indoctrination centers for “correct thoughts.”

If children grow up having divergent viewpoints, it could only lead to trouble. Better to medicate them into submission if necessary.

As it turns out, there were minor downsides to these sensible policies, but nothing serious:

But it made sense…