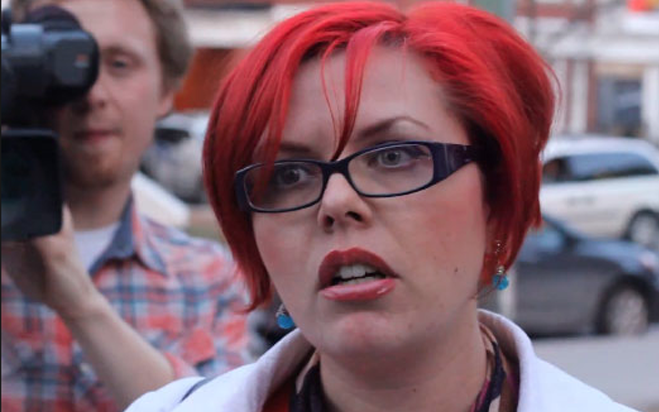 We have suffered for decades now the squawking of radical feminist lesbians, and sometimes more-or less-normal women.

For a while, however inadvertently, they made a degree of sense.

All decent people (I hope) have supported equal pay, equal opportunity, and such.

Unfortunately feminism has been shaped by awful dykes who (thank god) will never have children and who hate men.

Consequently they do not have the desire of the sexually normal to get along with people of the other flavor, to learn their quirks and live with them. Since many feminists look like fire-plugs with leprosy, they would have little chance anyway. 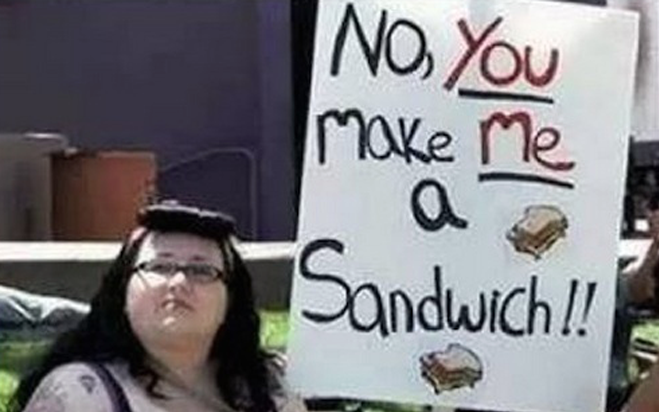 These horrors frequently give young women marital advice that often ends by making them miserable—usually meaning single and childless and too old to do anything about either.

As a fortyish man in Washington DC years back, dating thirtyish women, I and my fellows in this condition saw in women consistent patterns.

They were either divorced and back on the market, sometimes with children, or they were career women not yet married—and both were desperate to be so.

Those who had chosen career over marriage were finding that work was not empowering as promised, but just work. They, like the divorced, knew that their looks were fading, that they were becoming—old women.

The hunting was poor. When they looked around, they saw that the good men were taken. Those remaining were homosexuals, or three-time losers looking for a fourth divorce, or confirmed bachelors, or hopeless dweebs.

For the career women, that damned biological clock was ticking like Peter Pan’s alligator.

This made it a guy’s market. If you were a man of forty-five, employed, not actually a serial killer, and had fewer than five nostrils, you did well.

The women, though desperate, were often attractive, smart, good-looking, warm-blooded, and great people. They were catches, certainly all that I dated, but we were not looking.

I had been burned in a divorce—my wife wasn’t bad at all, but the marriage was—and I was perfectly happy seeing a girlfriend on weekends and maybe Wednesdays. I had nothing to gain by marriage. None of us did.

And feminists had made marriage dangerous.

This led to a common progression from the woman:

“Oh, I don’t want to get married. I just want to enjoy life.”

“I don’t want to get married, but I can understand why my friends do.”

“I don’t want to get married now, but maybe sometime.”

“Is this goddamed relationship going anywhere, or what?”

If a woman did find a good man, or one good enough, given the dearth of choices, she faced a dilemma. If after a year he hadn’t popped the question, which he almost certainly hadn’t, should she invest another year and hope, or bail out and look for another prospect?

How many years are there between thirty-five and hopeless?

It is not a question that bothers the diesel dykes of The Movement, but they eagerly inflict it on those it does bother.

I perhaps make it sound amusing, but for our dates it wasn’t. Not at all.

It didn’t matter that to soothe our consciences, we had said straightforwardly that we had no interest in marriage. They never believed it. We knew they wouldn’t, but were we supposed to remain celibate because we didn’t want to tie the ugly knot?

It is a simple fact that men prefer young and pretty. Nice tits attract men as money attracts women.

By the time a woman is, say, forty, she is pretty much off the table. Smart women figure this out, however much they may hate it.

Another awful truth: Though men are much uglier than women, they age better.

As years go by, a woman’s value on the meat bourse declines and the man’s rises. A man of fifty-five if not gone to suet can date women of thirty and, unless he is crazy, will.

A woman is attracted to power, success, credit cards, and prestige. These tend to come in older packages.

By contrast, a man would rather have his teeth pulled than date a prestigious lawyeress twenty years his senior.

A yet further truth: A man who has lost his children in a divorce, or even one who hasn’t, does not want a woman who has children. Kids are a damned nuisance, and make dating difficult—and they are not his.

Hovering like a ghost over all of this is the long-forgotten Sexual Revolution, in which feminists commoditized sex and made women more or les fungible.

While women are as sexual as men and often more so—Democratic women anyway—men are more plagued by the necessity. Back when a feller needed to say, “I do” to get laid regular, he had an incentive to say it.

The Revolution almost forced a woman to say Yes, since if she didn’t, someone else would. For men, this was wonderful, but it sorely reduced a gal’s bargaining power.

Seasoning this sorry broth was the success feminists had in turning law and divorce courts against men. The motive usually was hostility, not justice for the woman or the welfare of the children.

Men found themselves being screwed regarding custody, visitation, and child support. Fraudulent accusations of sexual abuse of the children became almost routinely encouraged by lawyers. Men had their passports confiscated by feminist judges, male and female.

And men learned that, in the ugly climate of today, there is usually a snarling feminist slightly hidden inside that sweet flower of his–you know, with the rosy cheeks and all. Word got around. Men got wary.

Why buy the cow, they said, when the milk is free?

As feminist hostility drove men from college, campus turned into a playground for the few males left.

All of the foregoing suggests that if a woman does not want to die a spinster with three cats in a condo on upper Connecticut Avenue, she would be wise to marry early and wisely. The idea infuriates feminists.

“Wisely” means honestly, among other things. Women too are capable of false-flag operations, sometimes with disastrous results.

A bit of Internet wisdom says, “She thinks he will change, and he doesn’t. He thinks she won’t change, and she does.” He starts off perfectly happy in masculine squalor in a small apartment downtown with his scuba gear in the middle of the floor where he can find it and a Harley Sportster in the garage.

She pronounces this good until the knot is tied. Then she wants a Volvo station wagon and a boring house in the suburbs. Come the divorce, she can’t figure out what happened.

Men of my age noticed that with a high frequency these women gobbled anti-depressants–lithium, Depacote, Welbutrin, Prozac, Xanax, all the bonbons of the chronically unhappy.

My impression, which I cannot document, was that women happy with their husbands did not need pills, or even cats.

Ain’t my problem, and I don’t have much sympathy for the self-inflicted sufferings of women hostile to me, but there it is.

One thought on “Feminist Destruction”