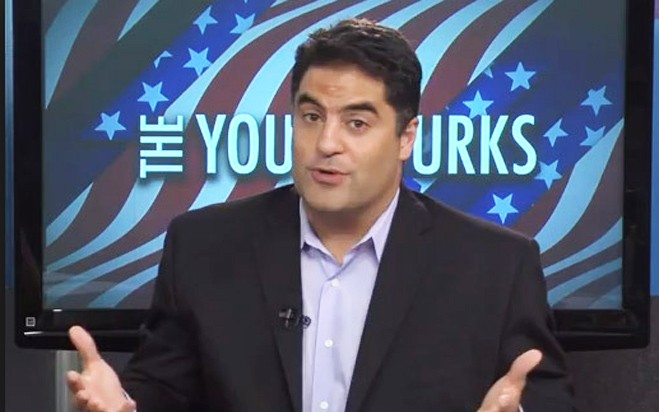 Former MSNBC host Cenk Uygur, says he would bet money on Rand Paul becoming the next President of the United States.

Uygur said that the Kentucky Senator was a voice of reason compared to Hillary Clinton on foreign policy.

For a country weary of foreign wars, Paul’s opposition to bombing Syria, and accurate take on ISIS, stand in stark contrast to Hillary Clinton’s “beating the war drums” in line with establishment Republicans.

During an appearance on CBS’ This Morning, Paul said that the rebels Obama plans to arm just signed a non-aggression pact with ISIS. So what’s the point in giving them weapons?

FSA militants have also defected to, fought alongside and handed weapons to ISIS in numerous different instances.

Underscoring that the bombing of Iraq and subsequent Middle East adventures led to the rise of ISIS, Uygur slammed Clinton’s foreign policy as, “let’s keep doing the same stupid shit that we were doing before that you hated before campaign.”

Asserting that he had “never lost a single political bet” in his life, Uygur stated, “right now I’d lay money on Rand Paul being the next President of the United States… because by the time we have the 2016 election the mess in the middle east will be much worse – our bombing will not have worked and we will have unleashed even more hell and more trouble.”

Hillary Clinton has repeatedly echoed RINO Republicans, by saying that Obama’s failure to arm Syrian rebels earlier was what led to the emergence of ISIS.

But has Hillary ever been right about anything?

In reality, ISIS grew as a result of being bankrolled by America’s closest “allies” in the region: Qatar, Saudi Arabia, Turkey and Jordan, countries which all supported FSA rebels from the very beginning.

Abu Atheer told Al-Jazeera, “We are buying weapons from the FSA. We bought 200 anti-aircraft missiles and Koncourse anti tank weapons. We have good relations with our brothers in the FSA. For us, the infidels are those who cooperate with the West to fight Islam.”

Is it any wonder that even a die-hard Liberal like Cenk Uygur is tired of listening to Hillary?