It was two weeks ago today that Obamacare was rolled out to the public. Perhaps this would be a good time to check in and see how it is going.

From the few reports surfacing, the answer appears to be: Not very well.

On day 10, FOX News reported that there were only 51,000 applicants, while Media Matters said that FOX cherry picked the data and the number was double that.

Either way, the number of applicants is pathetic.

Leaked reports showed that just 1,000 of the applicants were actually processed. That is just 0.01 percent of the 7 million subscribers that Obama predicted.

At the current rate, it will take until the year 2281 to reach Obama’s target.

Sounds about right for a government program. Like a DMV line to the moon. Perhaps anyone who survives that long will be rewarded with a flying car?

But maybe it’s not that bad. The White House has not released its numbers yet, preferring to just count the 14 million who visited the site without attempting to sign up.

For the past two weeks, the website costing $93 million and billed as an ‘easy’ place for people to get health insurance has left many users stuck at square one.

A New York Times researcher registered on Oct. 1. and despite more than 40 attempts over the next 11 days, was never able to log in. Her last attempts led her to a blank screen.

The whole thing sounds like a Dilbert Cartoon, and it would be funny, except that people who are relying on the system for healthcare can’t get it, and people who don’t want anything to do with the system are going to be fined.

No one is laughing.

Part of the problem is that signing up for Obamacare is far more complicated than the online transactions people are used to – like say, online banking.

But a bigger problem is that the Obamacare website must connect five federal agencies — Homeland Security, Social Security, Health and Human Services, Treasury, and the Department of Justice — each of which uses a different IT environment.

It was a fool’s mission from the beginning.

And when fools hand out money by the trainload, the results shouldn’t be a surprise.

But perhaps congress was not completely foolish, they were wise enough after all to exempt themselves from having to participate in the mess they have foisted on the rest of us.

Related Story: The Doctor Will See You Now 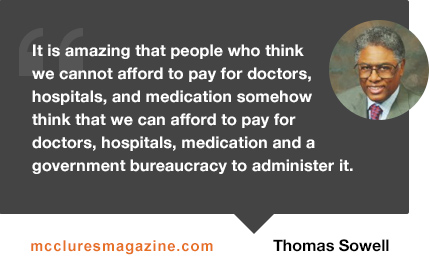