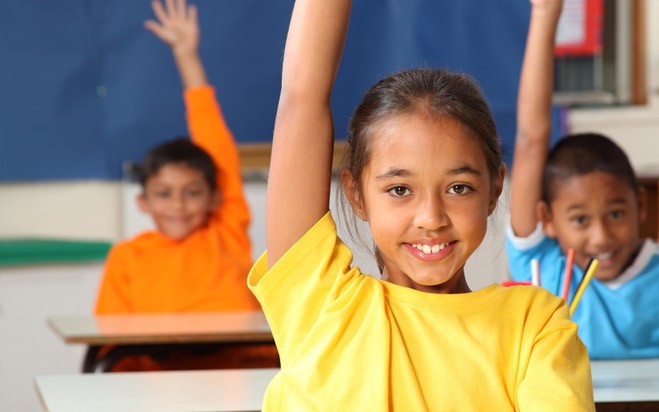 Pop Quiz: If a school’s students are passing math exams at a 52% higher rate than average, the city will…

B) Cut that school’s funding

If you answered A, you were wrong. At least in New York City you were, where mayor Bill de Blasio has launched an attack on Charter Schools, cutting their funding and harassing them in other ways.

Why would anyone with any concern at all about the well being of underprivileged young people – or even common decency – want to destroy the progress made by these schools?

One big reason is that Mayor De Blasio’s major campaign contributor was the teacher’s union, who are no big fans of charter schools that tend to make them look bad.

But there may be even more to it than political backscratching.

For true believers on the Left, their grand ideas about how things ought to be tend to override the fates of real life human beings.

Something similar happened on the opposite coast recently, when the California State Board of Education tried to shut down the American Indian Model Schools in Oakland California.

These schools are amongst the top in the nation by test scores, and once again they are providing this top-notch education to underprivileged minority children.

So why did the Board of Education want to deny these children the opportunity they had been given?

Their excuse was that the former – repeat, former – head of the school had been involved in some suspicious financial dealings.

But if this was the ‘real’ reason all they had to do was indict the former head and let the court decide if he was innocent or guilty. There was no reason to make anyone else suffer, least of all the children.

It’s worth noting that in each of these cases, politicians, school boards, and teacher’s unions do not appear to be working in the student’s best interests.

And these are not isolated incidents.

The Obama administration has cut spending for charter schools in the District of Columbia and its Justice Department has intervened to try to stop the state of Louisiana from expanding its charter schools.

Why so much hostility to schools that have succeeded in educating minority students, where so many others have failed?

The net result is that public schools are often run as if their main function is to provide jobs to teachers. Whether the children get a decent education is secondary.

Charter school results undermine the excuses for failure in public schools. That is why teachers’ unions hate them. They are a threat to their members’ jobs, and to the unions themselves.

The autonomy of charter schools is also a threat to those who want to impose their own vision on the schools, regardless of what the parents want.

For example, Attorney General Eric Holder wants to impose his notions of racial balance in the schools, while most parents simply want their children to learn, and do not care what race the child in the next seat is.

There have been many all-minority schools whose students exceeded national averages in education, but Eric Holder, like Bill de Blasio, puts his ideology above the education — and future life — of minority students.

If anyone wanted to pick a time where the political left’s avowed concern for minorities and children was definitively exposed as a fraud, that time is now.