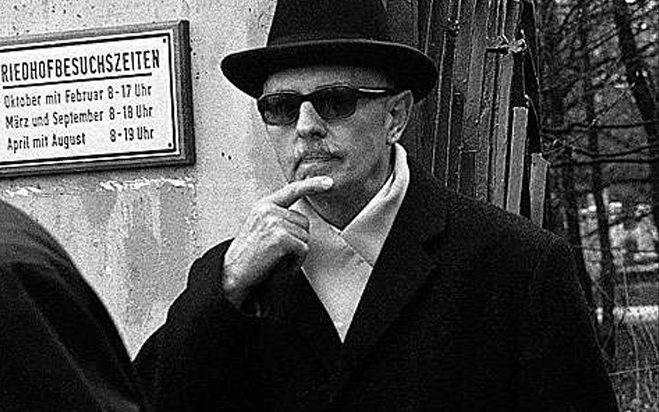 German General Reinhard Gehlen went into hiding as WWII came to an end.

As the chief of German Intelligence during Germany’s invasion of the Soviet Union, he was a most wanted man. The Soviets wanted him dead.

Though the war was over, Gehlen believed that the fight was not, and in that fight he believed that Germany and America would soon be allies.

Although the Americans still viewed Germans as enemies and Russians as friends, Gehlen thought differently.

He was convinced that the Americans would eventually find themselves in conflict with the Russians. That the Soviet Union was just as much opposed to the United States as it had been to Germany.

Gehlen had an idea.

Why not have his group of German spies continue to spy on the Russians, but for the Americans instead?

And so Gehlen came out of hiding, and turned himself over to the Americans.

It did not take long to find senior American Officers who saw the wisdom in Gehlen’s idea, but the official policy was to cooperate with the Soviets, and the Soviets wanted Gehlen dead.

In late August 1945, Gehlen and associates were spirited out of Germany aboard U.S. General Bedell Smith’s personal plane to Washington D.C. A year later, Gehlen and his team were sent back to Germany to resume their work against the Soviets, but this time, for both Germany and America.

The idea that America would employ “Nazis” comes as a shock to some, but a closer reading of Gehlen’s record, indeed much of the German Military’s record shows that they were not Nazis at all.

Gehlen, as well as his associates, General Adam, Admiral Canaris, and many others were no fans of Hitler, and were routinely scorned by him and other Nazi leaders such as Himmler and Goering.

However, finding themselves already in a war, which if Germany lost, all would suffer not just the Nazis, they resolved themselves to fight.

Gehlen’ intelligence work on the Eastern Front, had it been heeded, might have turned the war in Germany’s favor.

“Our troops were celebrated by the Russians everywhere they arrived; they were greeted as liberators and garlanded with flowers. Entire Red Army regiments laid down their arms. The number of deserters exceeded our wildest expectations.”

Gehlen believed that political forces should have been brought into play, that Germany should adopt the role of liberator to the Russian people.

There was such a possibility because the Russian people had suffered grievously under Stalin. The mass starvation in the Ukraine, the repression of minorities and religions, and the ongoing economic stagnation.

In Lithuania, Estonia, Ukraine, Bessarabia, and elsewhere, local people, people not connected to the Communists, volunteered to help the German’s evict their oppressors.

What could be more natural than for the Germans to exploit this willingness?

Captured Soviet General Vlasov wanted to lead a liberation army of Russians against Stalin. Recruitment and training had already begun.

Only one thing prevented this natural alliance of the Russian people and German Military: Hitler.

Despite the best efforts of the German Military and Intelligence Command, Hitler could not be convinced to pursue the “liberation of the Russian people.”

The continued brutality of the Nazi SS soon made the possibility of such collaboration impossible, as the Russian welcome turned to hatred.

According to Stalin’s captured son, “The one thing my father dreads is the establishment of a nationalist regime opposed to him. But that is one step you will never take.” When asked why, he replied, “Because we know you have not set out to liberate our country, but to conquer it.”

And how did the Soviets come to know this? Was their intelligence so good that they could bypass the opinions of the military command and go directly to Hitler’s brain?

Both Gehlen and Admiral Canaris suspected Hitler’s secretary Martin Bormann of passing information to the Soviets. Bormann did in fact run a radio network to send coded messages to Moscow, purportedly to send ‘fake’ information with the approval of Hitler.

After the war, Gehlen investigated Bormann’s disappearance – not to Argentina as legend has it – but to the Soviet Union.

Gehlen was also charged with collecting intelligence on numerous other countries, including the United States. He became aware of Americas secret rearmament plan simply by a careful sifting of the American press.

After the war, U.S. General Wedermayer told Gehlen that it was never discovered how the plan had leaked to the press, but that the investigation indicated it was someone in President Roosevelt’s immediate entourage.

Communist sympathizers in high places, both in Germany and in America, were fueling the expansion of the Soviet Union.

Gehlen’s big idea at the end of WWII. The idea he put to the Americans, was that the battle was not yet over, that in some ways, the Americans had chosen the wrong side, and that if the communists were to be resisted, there was no one better equipped to help than Gehlen and his team.

And so, the United States gave sanction to Gehlen to continue his spy network. Even before Germany had a functioning government, the Gehlen Organization as it came to known, was hard at work.

When it became known that Gehlen was still active, much outrage was manufactured in the press over America collaborating with “Nazis.”

But Gehlen had never been a “Nazi.”

He was after the war just what he had been during it. An intelligence officer with a strong aversion to Communism. A man of character, dedicated to preserving the freedoms of Western Civilization.

Source: The Memoirs of Reinhard Gehlen