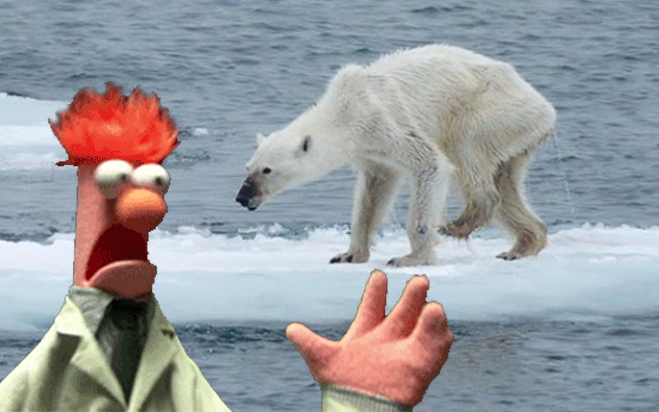 After a photograph of an emaciated polar bear hobbling on ice went viral online, some people are wondering if global warming is causing these majestic creatures to starve. 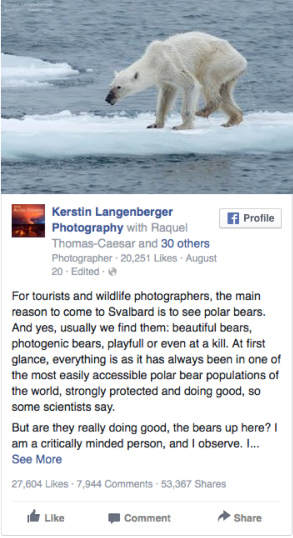 But the photograph is misleading, said Karyn Rode, a wildlife biologist at the U.S. Geological Survey in Anchorage, Alaska.

“I think you are always going to have animals in any population [that are] in poor conditions,” Rode said. This can be because they have an injury or because the animal is old, she said.

Steven Amstrup, chief scientist at Polar Bears International, agreed and added that seeing a skinny bear is not uncommon. “We know that animals in the wild don’t live forever,” he said. “Polar bears, they don’t have natural enemies, so when they die it’s of starvation.”

There are 19 recognized polar bear subpopulations, but only two have been studied for long enough to show that changes in ice conditions are affecting their livelihood.

Sea ice is the home of polar bears’ major food source, ice seals, so when the sea ice melts, so does the bears’ main way of getting meals.

Rode said, “There has been no study that I know of that said more bears starve specifically as a result of climate change.”

Rode added. “There have been models of that, but there has been no empirical data to support that.”

According to the PBSG, the global population of polar bears has not declined over the last 30 years.

Professor Iain Stirling of the University of Alberta agreed, ‘[The bear] may be starving but it may just be old. A difficulty hunting could be involved. I don’t think you can tie that one to starvation because of lack of sea ice.’

Yes indeed, particularly since the bear in the photo is in fact walking on… sea ice.

Injury, appears to be the most likely explanation for the bear’s distress, as even the photographer noted, “hurt on her front leg, possibly by a desperate attempt to hunt a walrus while she was stuck on land.’

But somehow this observation was lost in the rush to panic.