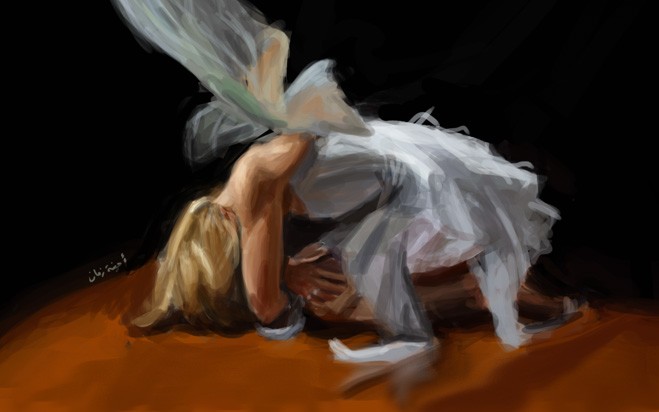 Whenever a new and wonderful social program is enacted, its architects see themselves as do-good fairy godmothers, granting wishes to an adoring crowd.

But it can take many months, years, or even decades before the actual results of a program are known. By then the original goal may be forgotten, and all that is left is the memory of the good intentions.

This process usually has four steps:

A situation exists which the do-gooders presume to solve. Although evidence that the situation is actually a crisis is seldom given.

The do-gooders say their beneficial policy will lead to good result A. Critics of the policy say it will lead to harmful result Z.

The do-gooders change the goal of the policy or say that things would have been even worse without their policy.

Here is one example that has played out over decades:

THE WAR ON POVERTY

First proposed during the Kennedy administration, then enacted under Johnson, the War on Poverty began with the stated goal of reducing dependency.

As President Kennedy said, “We must find ways of returning far more of our dependent people to independence.”

The New York Times was quick to pick up on this vision, writing, “The dividends will come in the restoration of human dignity and in the long-run reduction of the need for government help.”

President Johnson continued the theme stating that the program was “Giving people a hand, not a handout” and going so far as to add that, “the days of the dole are numbered in this country.”

Critics of the War on Poverty, like senator Barry Goldwater predicted that these programs would encourage more poverty, by encouraging “more and more people to move into the ranks of those being taken care of by the government.”

Four decades later, we can observe the full pattern.

Since the stated goal of the war on poverty was to reduce “dependency” the first thing we need to know is: how much dependency was there at the time, and was it increasing or decreasing?

At the time the programs began, the number of people who lived below the poverty line was about half of what it was in 1950. On the stated area of ‘dependency’ people whose earnings put them below the poverty line – without counting government benefits – had declined by about 30 percent from 1950 to 1965. In other words, dependency was already declining before the war on poverty began.

The Economic Opportunity Act was passed in 1964. Empowered with millions of dollars, the Council of Economic Advisors declared, “Conquest of poverty is well within our grasp.”

Although massive federal outlays lifted many above the poverty line, it did not achieve the original and stated goal of lifting them out of “dependency.”

The number of people on public assistance doubled from 1960 to 1977.

Eventually, even the official poverty rate began to rise, so that in 1992, a larger number of people were living in poverty than in 1964, when the war on poverty began.

The failure of the war on poverty to achieve its goal of reducing dependence, brought no acknowledgement of failure.

Instead the do-gooders simply changed the goal, or continued to pat themselves on the back for their good intentions.

Mrs. Johnson reflected on the program 20 years later, she spoke of “the sense of caring” and the “exhilaration” of her husband’s efforts. She enjoyed the feeling of doing good more than the results, or lack thereof.

Or as a University Professor stated, “Where would we be if we didn’t have these programs in place? I think we’d have poverty rates over 25 percent.” He says this with a straight face, even though poverty rates had in fact been consistently going down for years before the war on poverty began.

There is no winning with these kinds of ‘heads I win, tails you lose’ arguments.

The do-gooder programs always succeed, if not by the original criteria, then by criteria made up after the fact – or despite the facts.

And now we are a few months into the next great do-gooder program, and already the Affordable Care Act is coming apart at the seams.

But none of these are taken as signs of failure by the do-gooders or their adoring followers.

The stated goals are already being changed, the goalposts being moved, and the gloating over good intentions will not cease.

But unlike the fairy tales we tell to children, government fairy tales seldom end with, “And they lived happily ever after.”

They seldom end at all.