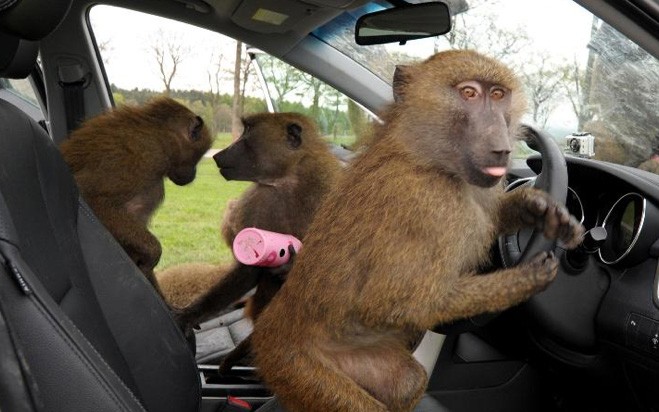 Looks like the New York Times Paul Krugman has some new competition in the economic baboon championship.

“The Federal Reserve Bank’s focus on keeping inflation below 2 percent effectively sacrifices the other half of its dual mandate: full employment.”

What’s wrong with that?

First of all, the “dual mandate” is a sham. Here’s the deal. The Fed can do one of two things:

That is the full extent of things under the Fed’s “control.”

Note that neither employment nor inflation is in either equation. The reason being that the Fed controls neither.

But for some reason, numerous people hold the preposterous belief that central banks can somehow control both inflation and employment.

If the Fed, the Bank of Canada, or the European Central Bank could control the employment rate, they would have done so a long time ago.

And yet economic baboons like Krugman and Klein go on and on about creating jobs with inflation.

If inflation creates jobs, where are the jobs right now in Zimbabwe? Where were they in Greece? Argentina? Venezuela?

Then the economic baboons say, “wait a minute, we don’t want massive inflation, we want just the right amount of inflation.”

But depending on which economic baboon you ask, the alleged “right” amount of inflation may be 2%, 3%, 4%, or even higher.

So the debate goes on, “what is the right amount of inflation?”

It is insanity. Inflation does not and cannot create jobs, not in the long term.

In the short term, inflation can create the illusion of prosperity, but not without a cost, a cost that Klein and cohorts cannot see even when it bites them in the big red baboon ass.

All based on inflation.

Then the bubble burst. Then the economic baboons came along saying we need more inflation (as if the cure was the same as the disease).

The Fed tried, and tried and tried.

However, the Fed did not create enough inflation to satisfy the baboons, but it did create bubbles in stocks and bonds.

Benefits flowed to the banks, the corporations, and the already wealthy. That gave rise to still more economic lunacy regarding income distribution.

Baboon policies made the rich richer, then the baboons blame the rich. The sheer lunacy of it is astounding.

And then they say that falling prices are a bad thing.

They will tell you that when prices fall, people will delay purchases waiting for still more falling prices, and then employment will drop and a downward economic spiral will ensue.

That is the theory of people in ivory towers who read books and articles by economists who cannot find a banana with two hands and a road map.

If falling prices stopped people from buying things, then no computers, TVs, or electronic goods would have been purchased for years.

People hold on to things when replacement costs are high. Lower prices, not higher ones, spur sales, and sales spur employment.

If car prices dropped 30% would you consider replacing your aging car with a newer one? I would.

What if car prices rose 30%? My guess is that, all thing being equal, you and I both would be less likely to buy a new car. 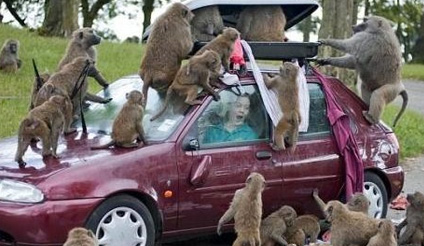 How do businesses respond?

They outsource or replace humans with software or robots that do not complain about minimum wages.

Ironically, inflation encourages more and more debt, and then baboons shout for more of inflation as the solution.

Except of course in asset prices, and who owns the bulk of the assets?

Here’s a hint: It’s not those who Krugman and Klein think will be helped by more inflation. 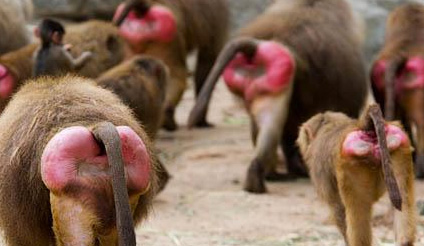