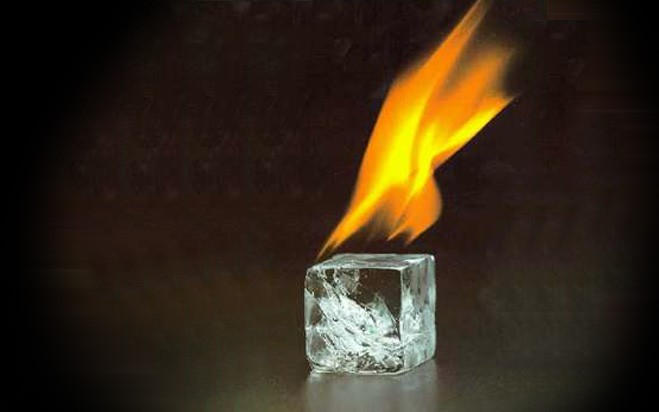 Global Warming alarmists and the mainstream media were quick to publicize the decrease. Numerous people spread the story on Facebook to declare their concern. “Scary,” they wrote.

Members of this cult all believed it was confirmation of their prophet’s prediction that the end is near. In his 2007 Nobel Prize acceptance speech, Al Gore predicted that the North Pole could be “ice-free by 2013.”

But according to recent NASA satellite photos, it turns out that he was wrong by close to a million square miles. 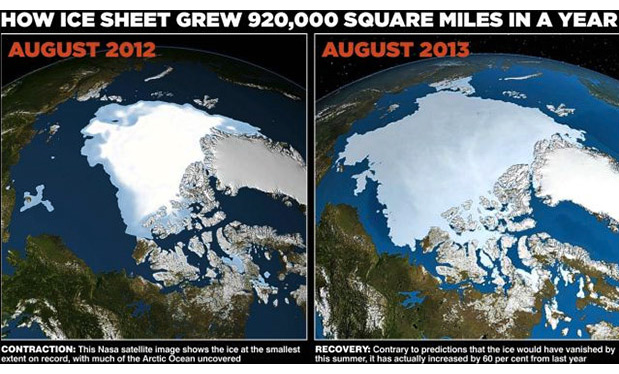 It is the largest increase in sea-ice since records have been kept.

There is now more ice on the North Pole than there was when Al Gore made himself famous with his fear-mongering movie, or accepted his Nobel Prize for doing so.

In his speech, Gore quoted the predictions of U.S. Climate Scientist Weislaw Maslowski, who based his views on super-computer models. He was confident his results were ‘much more realistic’ than other projections.

Professor Peter Wadhams, from Cambridge backed Professor Maslowski’s climate model, saying it was ‘more efficient’ than others because it ‘takes account of processes that happen internally in the ice’.

It all sounded very authoritative and scientific, but it was also very wrong.

The earth does not obey computer models. 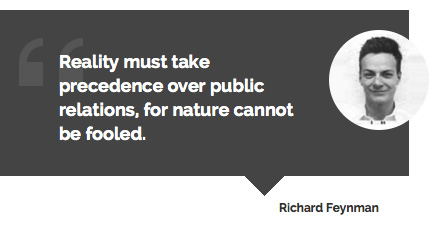 One might suppose that those who are fearful of global warming would be joyously happy at this growth of the polar ice.

There ought to be singing in the streets and opportunistic politicians declaring that thanks to their wise policies the earth has been saved.

There are no parades of smug Prius drivers claiming credit for saving the earth from melting. Nor is the growth in polar ice even reported on CNN, MSNBC, or the New York Times.

Growing ice is a non-event as far as the news is concerned.

Some eminent scientists now believe the world is heading for a period of cooling that will not end until the middle of this century – a process that would expose computer forecasts of catastrophic warming as false.

The scientists who predict cooling are not reported either, even when reality supports their prediction.

There is no money attached to cooling. There is no power to be gained from good news. And there is no ego stroking for those who have bought into the farce.

But there are billions of dollars at stake for those who spread fear of warming. Knowingly or unknowingly, the mainstream press is little more than an advertising medium for the climate fear industry.

The reversal in temperature trend has caused the alarmists to stop using the term “global warming,” and instead use the all-purpose words, “climate change.”

With money and power at stake, they don’t care if it goes up or down.

How much polar ice will there be next year? Nobody knows.

The direction of climate from year to year is little more than a coin toss. But some people want that toss to be, “warming they win, cooling you lose.”