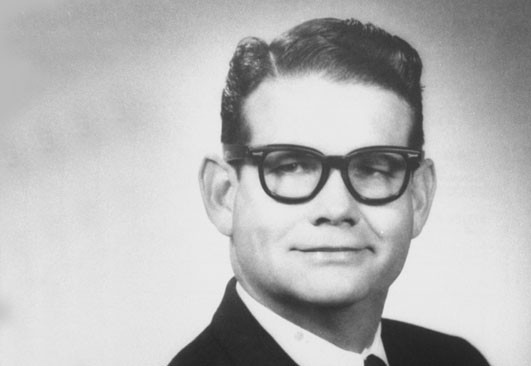 Known as the last of the Texas Wheeler Dealers, Billy Sol Estes got his start at age 13, when he sold the wool off a lamb that his parents had given him.

He quickly acquired an entire flock, and by the age of 30 he was a multi-millionaire. But he wasn’t only shearing sheep.

He spent heftily on political influence and perpetrated fraud on a vast scale. While he was making deals he was also making friends. He made millions leasing grain elevators to the government with his partner, Lyndon Johnson, who was then a Texas senator.

Sol Estes also devised a scheme where he mortgaged fertilizer tanks to farmers and then leased them back – the trick being that the tanks didn’t actually exist.

When justice finally caught up with him, the scams were so complicated that prosecutors had to break them down into 57 different fraud charges. He even made the front cover of Time Magazine. 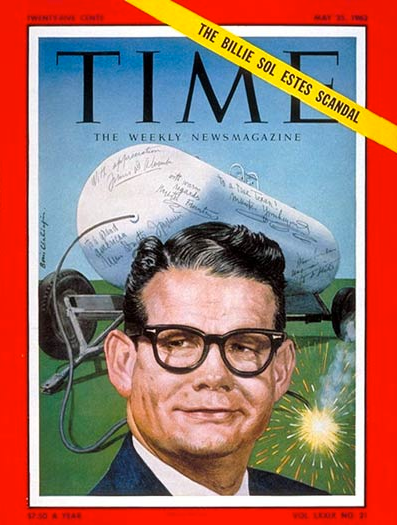 And then the bodies started to drop.

Key investigator in the case, Henry Marshall, was found dead. He had been shot five times in the chest and had near lethal amounts of carbon monoxide in his bloodstream. Amazingly, officials ruled it a suicide.

The chief FBI investigator wrote: ‘My theory was that he shot himself and then realised he wasn’t dead.’

Even FBI chief, J. Edgar Hoover’s wrote in disbelief, “I just can’t understand how one can fire five shots at himself.”

The judgment however, was allowed to stand.

On June 1st, 1962, the Dallas Morning News reported that President John F. Kennedy had “taken a personal interest in the mysterious death of Henry Marshall.”

Six other men involved in the case also came to grisly ends — three in supposed accidents including a plane crash. Two more in cars filled with carbon monoxide.

The final casualty, Sol Estes’s accountant, was also found dead in a car with a rubber tube connecting its exhaust to the interior. It looked like suicide, too, but no carbon monoxide was found in his body and he had a severe bruise on his head.

His death was attributed to a heart attack.

Despite the shortage of witnesses, Sol Estes was sentenced to 15 years in prison. He was paroled in 1971, then eight years later convicted of tax fraud and sent back to jail again.

And then things got really interesting.

In 1983, Sol Estes testified before the Robertson County grand jury that Henry Marshall was murdered on the order of Lyndon Johnson.

According to Sol Estes testimony, Johnson who was then Vice President, feared that his dealings with Sol Estes would become public, and ordered Marshall be murdered when he refused to accept a promotion to keep quiet.

Wallace had been convicted of murder once before. In 1952 he was found guilty of killing a man who had been having an affair with Lyndon Johnson’s sister.

Although the jury gave Wallace the death sentence, the judge overruled them, suspended the sentence, and Wallace went free – that same day.

When the Justice Department pushed Sol Estes for more information, he dropped a bombshell. In return for immunity from further prosecution, he said he would detail eight killings in which Lyndon Johnson and Mac Wallace were involved.

They included the supposed suicides that occurred during the investigation into Sol Estes’s business affairs back in 1962, and the death of… John F. Kennedy.

Sol Estes claimed that Mac Wallace had been in the Texas School Book Depository overlooking the motorcade route in Dallas — and had fired one of the shots that hit Kennedy.

He died in a 1971 car accident in which he had apparently fallen asleep at the wheel. According to Dallas attorney Barr McClellan, in Blood, Money, & Power: How LBJ Killed JFK

Wallace’s car was rigged for part of the exhaust to go into the interior.

Johnson’s family and friends have, of course, strenuously denied Sol Estes’s statements — so have leading historians

and even a few former Presidents.

But was Sol Estes telling the truth?

We will never know for sure.

It could be he was blaming Johnson and Wallace who were no longer alive to defend themselves for his own misdeeds – just another scam from the last of the Texas Wheeler Dealers. Or it could have been a genuine confession from a man who had little to lose.

If only there were some evidence to corroborate Sol Estes testimony.

In 1998, an independent investigation took a previously unidentified fingerprint found in the Texas Schoolbook Depository, along with a copy of Mac Wallace’s fingerprint card kept on record at the Department of Public Safety, to fingerprint expert Nathan Darby.

Darby found that the prints were a match. Evidence that Mac Wallace had been in the Texas School Depository just as Sol Estes had said. 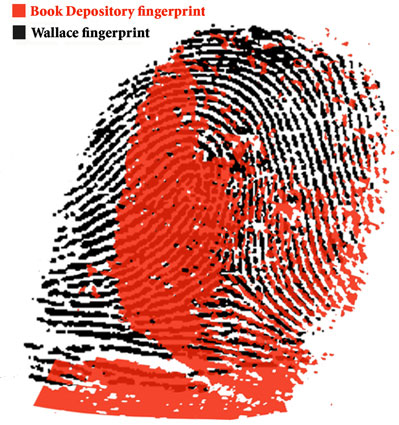 The information was sent to the Dallas Police, who forwarded it to the FBI – the same FBI that ruled Henry Marshall had shot himself five times.

They declared that the prints were not a match and the evidence was never returned.