McClure’s is dedicated to free thinking, free markets, free living, and the steadfast belief that every human being has the right to pursue happiness in whatever way they damn well please.

The original McClure’s Magazine was founded in 1893 by Samuel McClure and ceased publication in 1929 after a staff breakup. It became known as the originator of “muckraking” journalism, as it set out to expose corruption in both government and in business.  Most notably in Ida Tarbell’s expose of Standard Oil and JD Rockefeller.

The new McClure’s Magazine, this website, also seeks to be an alternative news source, to expose corruption, seek out the truth no matter how unpleasant the implications may be, and champion the cause of freedom for every man, woman, and child on our dear planet. With a special focus on the part of the planet we inhabit.

There is often a gap in today’s news reporting, controlled by ‘official’ sources it is not surprising that the official sources always seem to be presented as the good guys. Sometimes that may be so, other times it may not be. There is also a shortsightedness, as if history only began yesterday and can be disregarded.

It is of course, important to look forward, but we cannot know which direction is “forward” without a solid understanding of where we came from.

History is full of lessons regarding what works and what does not, we will do what we can to bring them back into the light.

Our contributors seek a new awakening, a new renaissance where people are able to transcend partisan lines and confront issues head on in a practical, earnest, results-oriented manner.  Or at least spark a few lively conversations.

What is Alternative News?

There is an excellent collection of Vintage McClure’s Magazine hosted at the University of Pennsylvania’s Online Library. 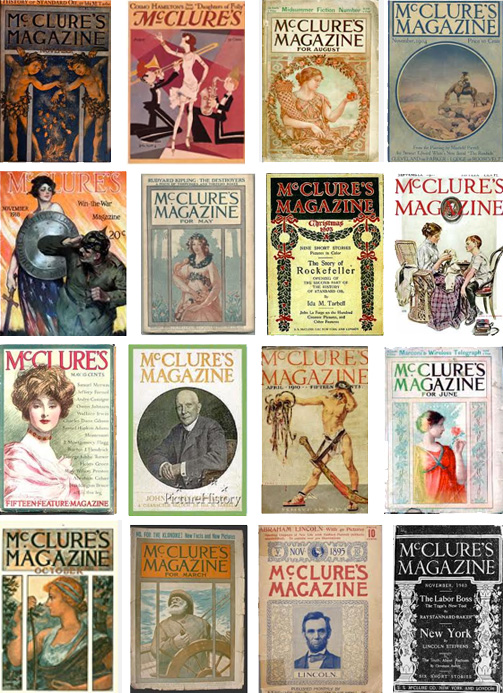 One thought on “About McClure’s Magazine”