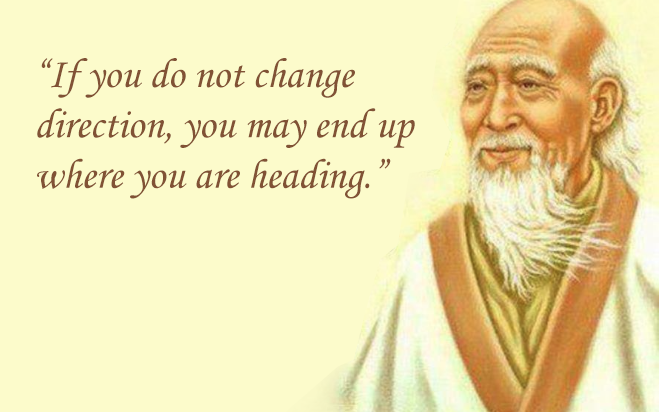 Lao-tzu founded Taoism when he wrote the Tao Te Ching in the 6th century B.C. But a closer reading of his works also reveals that he founded another, more modern movement.

“A leader is best when people barely know he exists, when his work is done, his aim fulfilled, they will say: we did it ourselves.”

To Lao-tzu, government, with its “laws and regulations more numerous than the hairs of an ox,” was a vicious oppressor of the individual, and “more to be feared than fierce tigers.”

Lao-tzu summed it up this way:

“The more artificial taboos and restrictions there are in the world, the more the people are impoverished… The more that laws and regulations are given prominence, the more thieves and robbers there will be.”

The wisest course, then, is to keep the government simple and for it to take no action, for then the world “stabilizes itself.”

Lao-tzu arrived at his challenging and radical insight in a world dominated by the power of the Ming Dynasty.

Thoughts such as the following could not have endeared Lao-tzu to the ruling classes:

“Thus the virtuous attend to contracts,  while those without virtue collect taxes.”

It surely was unthinkable for Lao-tzu, to attempt to enact his ideas, let alone forming a mass movement to overthrow the State.

Nor would Lao-tzu advocate a violent solution, noting that, “Violence, even well intentioned, always rebounds upon oneself.”

And so Lao-tzu took the only way that seemed open to him, counseling the Taoist path of retreat from the outer world, to focus on inner contemplation.

While contemporary Taoists advocate retreat from the world as a matter of religious or ideological principle, it is very possible that Lao-tzu called for retreat not as a principle, but as the only strategy that seemed open to him.

Lao-tzu was the first Libertarian.

Little has changed in the 2500 years since the Tao Te Ching was written. The drive by some individuals to control others is clearly a permanent condition.

Just as there will always be those who will stop at nothing in seeking to control others, the great majority of people will always respond to the empty promise of greater security, in trade for diminished freedom.

Of course, today, we have more options than Lao-tzu.

Information is widely available, communication nearly instant, and the power to vote makes a Taoist vision of the world a political possibility. Free people, acting in harmony with each other through voluntary agreements, with as little interference as possible from would be ‘controllers.’

Now is the time, for as Lao-tzu put it,

“If you do not change direction, you may end up where you are heading.”

One thought on “Ancient Chinese Secret – The Wisdom of Lao-Tzu”