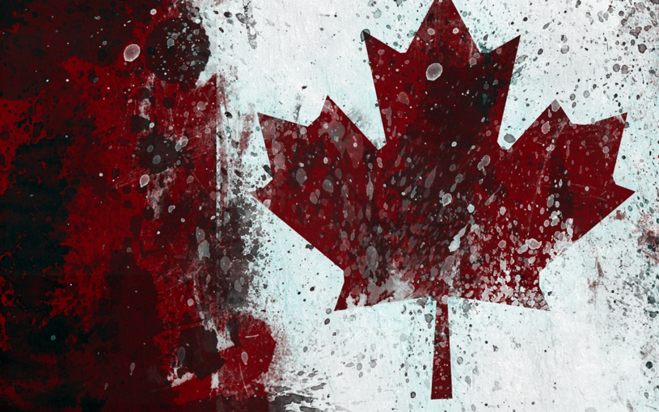 Canadians were shocked in recent weeks as two Canadian soldiers were hit and killed by a car driven by a radicalized Muslim – then a few days later, another radical Muslim went on a shooting spree in the nation’s capital.

Canadian’s have been wondering, “Why? Why would anyone do that to us? We’re the good guys…”

Seriously Canada? No idea? No idea at all?

For the past 13 years Canada has been a nation at war.

Canada has actively participated in the invasion and occupation of Afghanistan to overthrow the radical Muslim Taliban, and was an active participant in some of the worst human rights violations against Muslims.

Just last week, the Canadian Defense Minister stood flamboyantly on an airfield in Alberta from which fighter jets left for Iraq, making a speech about how good people fight against evil.

That may be true. But guess what?

It is always stunning when a country that has brought violence and military force to foreign countries acts shocked and bewildered when someone brings a tiny fraction of that violence back.

Regardless of one’s views on the justifiability of Canada’s lengthy military actions, it shouldn’t be the slightest bit surprising or difficult to understand why people who on the other end of Canadian bombs and bullets would decide to attack the military or government responsible for that violence.

That’s the nature of war.

Canadians are often fond of pointing the finger at their southern neighbor, but guess what Canuck? You’re in it too.

A country – any country – doesn’t get to run around for years invading, rendering and bombing others, without the risk of having violence brought back to it.

Rather than being baffling or shocking, it is completely natural and predictable. The only surprising thing about any of it is that it doesn’t happen more often.

Once again, the issue here is not justification.

The issue is causation.

Every time one of these attacks occurs Western governments pretend that it was just some sort of unprovoked, utterly “senseless” act of violence caused by religious extremism inexplicably aimed at a country innocently minding its own business.

The very policies of militarism justified in the name of stopping terrorism are actually what fuels terrorism. Far from being the by-product of an inscrutable religion, that behavior is the natural reaction of human beings.

And why are these acts of retaliation called, “terrorism?”

Terrorism means the deliberate targeting of ‘civilians’ with violence for political ends. But it wasn’t civilians who were targeted.

According to the government’s own account, the driver waited two hours until he saw a soldier in uniform. In other words, he deliberately avoided attacking civilians, and targeted a soldier instead: a member of a military that is currently fighting a war.

The point is that targeting soldiers who are part of a military fighting an active war is completely inconsistent with the meaning of the word “terrorism.”

This is about far more than semantics. It is central to how Western politicians bamboozle their citizens, and shift the blame away from themselves.

At this point, “terrorism” is the term that means nothing, but justifies everything.

Politicians are fond of saying that the terrorists “hate our freedoms,” but guess who is going to start taking them away…