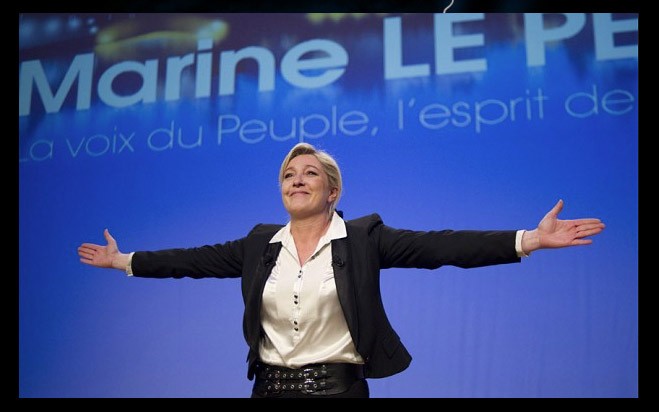 First Brexit, then Trump, could France be the next defeat for the globalists?

Le Pen gathered 28% of those surveyed, which was double that of the current President Hollande.

The current French Prime Minister conceded that a Le Pen win next year is “possible”, with her bid boosted by the shock election of president-elect Donald Trump in the US Presidential elections.

“If she does make it to the second round she will face either a candidate of the left or the right. This means that the balance of politics will change completely.”

Appearing last Sunday on the BBC’s Andrew Marr show, Le Pen said that Trump’s win “made possible what had previously been presented as impossible. This is really the victory of the people against the elites”

She added: “This is a global revolution.”

Whenever the economy turns down, historically without exception, people turn against immigration. During the Panic of 1837, there were actual battles on the streets of Philadelphia blaming the Irish for taking jobs.

As the economy turns down and unemployment rises, the unemployed will blame the illegal aliens and immigrants. This is simply how it has ALWAYS played out without exception.

This is why LePen is soaring in the polls of France right now.

One thought on “Is France Next?”