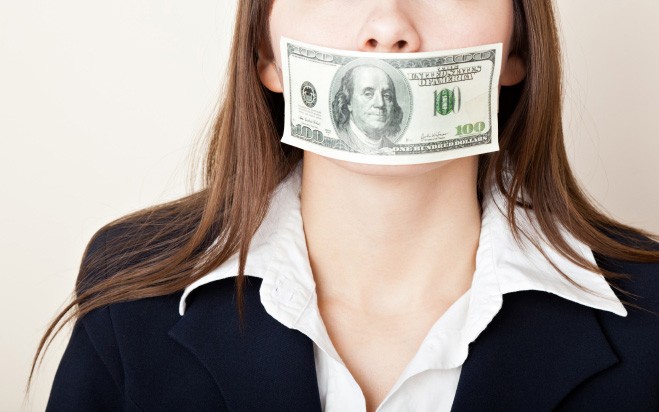 Why do people lie?

I never thought about it much, but this past week I was put to the test. I forced myself to bite my tongue and not speak what I believed to be true.

There were two reasons: Love and Money.

It occurred to me that these two reasons account for 99 percent of the dishonesty in the world.

The “desire to be liked” and the potential for “personal gain,” are powerful barriers to the truth.

I wrote an article that I thought cut right to the painful truth about a current hot issue.

But when the came time to post it, I chickened out.

I knew that it would anger some people – people I like and respect. And since some of them are business associates, it very well might cost me more than just friendship.

And so I censored myself.

Many do it everyday I suppose. They don’t say what they think, or say what they know, when the risk of lost friendship or lost income is at stake.

Some might justify it as “manners,” or “common sense,” or “social IQ.”

Do it enough and one’s real opinions become those of convenience rather than of true knowledge or belief.

“You tell me whar a man gits his corn pone, en I’ll tell you what his ‘pinions is.”

I can never forget it. It was deeply impressed upon me. The idea was that a man is not independent, and cannot afford views which might interfere with his bread and butter.

If he would prosper, he must agree with the majority. In matters of politics and religion, he must think and feel with the bulk of his neighbors, or suffer damage in his social standing and in his business prosperities.

In other words, he must get his opinions from other people; he must reason out none for himself; he must have no first-hand views. He must restrict himself to corn-pone opinions.

I call it lying.

I wonder how much harm is caused by this kind of lying silence?

Quite a lot I suppose.

Harmful behavior and policies go on because “someone” benefits from them. And the friends of the person who benefits remain silent, or even approving, for the good of their friendship or their own gain.

People go along to get along. I don’t deny the effectiveness of the policy, indeed I have often paid a heavy price for not going along.

Human being’s have a natural yearning to have the approval of their peers – a yearning so strong it can seldom be resisted.

People think upon great political questions; but only among those who agree with them.

They arrive at convictions, drawn from only a partial view of the matters at hand.

Given a choice between a personal gain and making the world a better place, most will choose personal gain – even if that gain is simply the approval of others.

Indeed, most will ardently believe that their personal gain IS making the world a better place. People can be amazingly creative in justifying their views.

I have no problem with personal gain. I am strongly in favor of it as an incentive to improve the world. And as long as it is arrived at honestly and voluntarily, it will.

Although people will lie for love and money – the best way to create more of both for everyone – remains honesty.