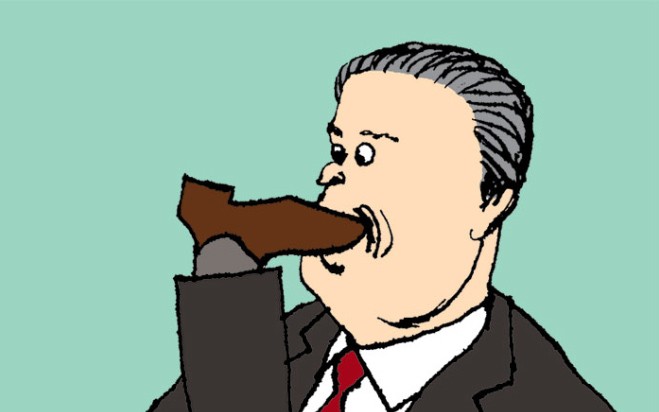 “What right does Congress have to go around making laws just because they deem it necessary?”

“China is a big country, inhabited by many Chinese.”

“The world is more like it is now then it ever has before.”

“When the president does it, that means that it is not illegal.”

Joe Biden, to Sen. Graham who is confined to a wheelchair

“Our enemies are innovative and resourceful, and so are we. They never stop thinking about new ways to harm our country and our people, and neither do we.”

“I am not denying anything I did not say.”

“We’re going to move left and right at the same time.”

“I remember landing under sniper fire. There was supposed to be some kind of a greeting ceremony at the airport, but instead we just ran with our heads down to get into the vehicles to get to our base.”

“The internet is a great way to get on the net.”

“Outside of the killings, Washington has one of the lowest crime rates in the country.”

“I actually did vote for the $87 billion, before I voted against it.”

“It depends on what the meaning of the words ‘is’ is.”

“We have to pass the (health care) bill so you can find out what is in it.”

“We had no domestic attacks under Bush – we’ve had one under Obama.”

“My fear is that the whole island will become so overly populated that it will tip over and capsize.”

“A billion here, a billion there, sooner or later it adds up to real money.”

“Life is indeed precious, and I believe the death penalty helps affirm this fact.”

“It’s time for the human race to enter the solar system.

Former Vice President Dan Quayle was a unique talent for mis-speaking, and could really have his own category, so here are 10 bonus quotes from VP Dan:

“What a terrible thing to have lost one’s mind. Or not to have a mind at all. How true that is.”

“I love California, I practically grew up in Phoenix.”

“It’s a question of whether we’re going to go forward into the future, or past to the back.”

“The global importance of the Middle East is that it keeps the Far East and the Near East from encroaching on each other.”

“I deserve respect for the things I did not do.”

“For NASA, space is still a high priority.”

“We’re going to have the best-educated American people in the world.”

“Votes are like trees, if you are trying to build a forest. If you have more trees than you have forests, then at that point the pollsters will probably say you will win.”

“The future will be better tomorrow.”