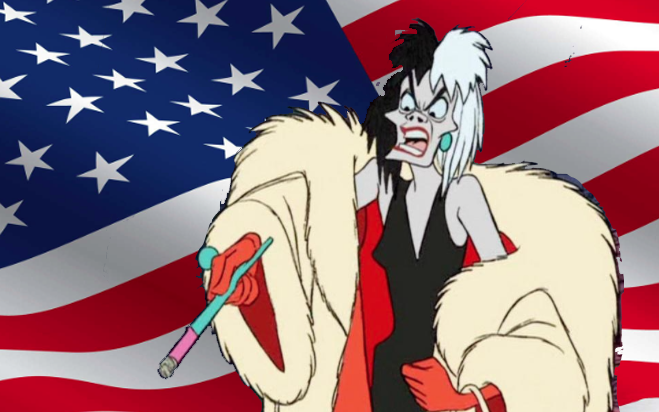 The United States has embarked on a headlong rush into matriarchy, something never before attempted in a major country.

Men remain numerically dominant in positions of power, yes, but their behavior and freedom are ever more constrained by the wishes of hostile women.

The effects have been disastrous. They are likely to be more so.

The control, or near control, extends all through society. Politicians are terrified of women. The president of an Ivy university is fired, and replaced by a woman, if he makes the obvious observation that women are not much good at mathematics. Women dominate the schools and universities.

A Nobelist in biology has to apologize profusely for having said that in laboratories women cry when criticized. Women have forced the lowering of standards for hiring police and firemen, for the military. They have made life miserable for small boys.

The beat goes on.

The pathological egalitarianism of the age makes it career-ending to mention that women in fact are neither equal nor identical to men.

The differences are many and most of them are obvious:

Women are less curious than men. They will learn to drive or use a computer, but will have no idea how either machine works.

They are totalitarian. A man is willing to let girls be girls and boys be boys. Women want all to be girls or, more accurately, to behave according to female standards.

Men enjoy competition; women deplore it. “Lel’s have a cooperative game led by a caring adult.”

Men prefer freedom to security; women, security to freedom. Wear your helmet on your bike. Use sunscreen. Dodge ball is violent and dangerous. Don’t swim without a lifeguard.

College is now more about feeling good and social arrangements than about academics.

Note that if a man suggests that women are not terribly good at math, they do not respond with counterevidence, which would be substance. They become furious, and get their way by what amounts to a vast hissy-fit.

Women hate each other; men do not. In any office, for example, ninety percent of the interpersonal problems will be between women.

Men are more intellectually engaged than women. Note that in think-sites of the web, such as The Unz Review, both the writers and the commenters are overwhelmingly male.

Women have more emotional range than men, being both kinder and meaner. A woman is more likely to care for a hurt puppy. In a divorce, she will be much more vicious than the man. He wants to get out, she wants to get even.

Women are subject to hysterias; men are not. (For readers under fifty, “hysteria” comes from the Greek for “womb.” The ancient Greeks thought the condition was caused by a disorder in this organ. It isn’t, but they knew in which sex it occurred.)

A pertinent example is the current fascination with imaginary rape. Further, they are more obsessed by far than men with political correctness, which is also a form of totalitarianism and a search for security.

It is the nature of women to complain, endlessly, of everything. This has been a staple of comedy from Xantippe to the present. The meddlesome, complaining mother-in-law is a stock figure, not the father-in-law.

The language reflects this. It is not called “bitching” because men do it. Likewise we have shrew, nag, scold, harridan, virago, vixen, fishwife, termagant, and henpecked.

Women want to intrude on men, to leave them nowhere to be exclusively among other men. Men do not reciprocate this.

If men try to open, say, a bar only for men, women explode. If women wanted to open a bar exclusively for women, men would not care.

Women have a poor sense of social boundaries or, in plain English, of knowing what is and what isn’t their concern. It amounts to generalized mother-in-lawing.

In Mexico, where I live, it is invariably American women who want to tell Mexicans how to manage their society. A man cringes at the thought. Mexico isn’t his to run, and he knows it.

It is worth noting that women have little understanding of men.  They may say, resignedly or ruefully, “Boys will be boys.” They have no idea of why boys are boys. They know how to manipulate men, yes: Flash a leg, stick their chests out, cry, or act helpless. They don’t understand men any more than a bear trap understands bears.

Women, puzzlingly to a man, do not seem concerned with performance or effectiveness.

They must know that a woman who cannot carry her end of a stretcher should not be half of an ambulance crew. Yet if barred from the job, they resort to political pressure and have the standards lowered.

Certainly it is not from lack of concern with the patient. Women are more compassionate than men. Rather they seem not to make the connection between hiring standards and carrying an unconscious victim from a burning building.

Similarly they do not want men to be killed in combat. Somehow, and this is a mystery to me, they cannot see the downstream consequences of having soldiers who cannot handle the physical demands.

Inability to imagine anything so alien to them as combat?

In reading the news, note that almost invariably it is the females of the species who complain of microaggressions, of “triggering” words that make the feel unsafe, of uncomfortable environments and the like.

In the past, when men were in control of women and directed them, women were of great value to society. They were fine teachers, having absorbed the masculine idea that school was about learning things.

An admixture of male teachers and principal insured discipline, which women on their own could not—being controlled is not the default mode for boys—and so there was no need for the police to drag boys from school.

Today women make good doctors, dentists, and shock-trauma nurses. It is only when they begin to make policy instead of effecting it that disaster befalls.

Differences so profound will affect political choices profoundly, as witness the conversion of the schools into misandrist hives for the promotion of appropriate thought or, more correctly, appropriate feelings.

The desire to protect anyone but white men from any offense, however mild, is both totalitarian and mildly lunatic. It now dominates national life.

Where will this lead?

Stay tuned.We are going to find out.