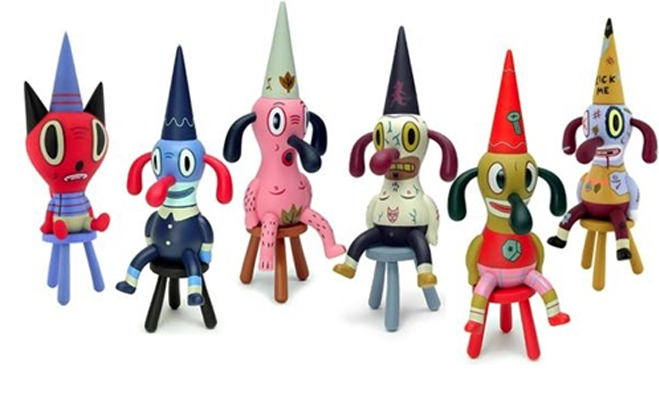 After today, you’ll never have to read about education again. You’ll know everything.

I figure a column ought to be like an appendectomy. You only need to do it once. Here it is:

Our kids can’t read because we don’t care whether they can read.

Yep. That’s how simple it is. The problem isn’t television or drugs or even invisible pervasive dumb-rays shot by space aliens. There’s no mystery about it. We just don’t care.

We talk a good show. But it’s all talk. If we were serious, we’d do something. There are problems we can’t solve, and problems we won’t solve. Education falls into the second category.

We know how to run good schools. To teach, say, algebra to eighth-graders, get a smart teacher lady who knows algebra, and who likes adolescents, to the extent that is possible to like adolescents. Find a solid workbook with lots of problems. Trap her, the workbooks, and the students in a room. Tell her to teach, tell her to give bunches of homework, and that the school will support her if she flunks the nonfeasors, if it means the entire class and all their relatives to remote generations and strange phyla.

This works. It always has. We just won’t do it.

Thing is, parents have to help, and too many of them don’t. They aren’t really interested, or they’re swamped trying to be single mothers or make the mortgage, or they both have jobs and want the government to raise their children.

Parents need to explain to their churning hormone wads that learning is not optional. And there have to be consequences.

Fathers in particular should speak as follows to their treasured experiments in homebrew DNA-splicing:

“Son, I don’t give a faint, wan, bleary-eyed damn about your dumb-ass self-esteem. I’ve been forty-eight years on this sorry planet, and nothing has ever struck me as quite so uninteresting as your self-concept. All I care about is algebra. Here’s an equation. No algebra equals no Saturday night dates.”

If this sounds brutal, good.

There’s nothing like the expectation of dismemberment to boost performance. Remember, you aren’t asking the impossible of the tad. If he isn’t smart enough to learn algebra, he shouldn’t be in the class. If he’s smart enough, then he can blessed well learn it.

Kids will get away with what they can get away with. But if young Willy Bob realizes that you really will keep him in on Saturday night, and some evil-minded football player will get his darling Sally Carol with the lovely blue eyes and golden hair and nine-pound braces, and park with her on deserted back roads, well, old Willy Bob will factor quadratics something fierce.

Quadratics will become an endangered species, and hide under rocks.

And I’ll tell you something else. The kid will respect you for it and, eventually, respect himself. Kids esteem themselves when they have accomplished something worth esteeming.

Granted, if people insist on performance, life won’t be real easy for a few years. Teen-agers are intolerable. It’s a design feature. Boys act like James Dean in a sulk.

If you have a daughter, she will play your heartstrings like a bull fiddle, because girls do that, and then relapse into tyrannosaur mode and shriek. She’ll tell you piteously that she’ll do better, and her life will be ruined if she can’t go to some concert of musical illiterates masquerading as a rock band.

The answer is still, “No. I love you, but you are going to do your algebra. We are now through with this discussion.”

Thing is, we aren’t going to do it.

The schools aren’t going to improve. The teachers unions, obsessed with protecting their jobs, are absolutely in the saddle. With exceptions, but not enough exceptions, they don’t like the whole idea of education, so they jaw-storm about feelings and attitudinal change and empowerment, whatever that is.

We don’t care enough to buck them.

Still, in moments of fatuous optimism, I reflect that it could be done. If a few hundred parents showed up at school with a rope and a focused look, results might follow. In fact, when I’m dictator, I’m going to put a bounty on the National Education Association. Bag one and bring the varmint in stuffed, and you’ll get a keg of Budweiser and three free nights of bowling. It would be like duck hunting, but more satisfying.

Next I’d pass some laws. To teach in grade school, you would have to be in the upper third of the GREs, and sign a statement that you hated self-esteem worse than rabies or pellagra, and that you would teach children to read and write and know stuff and if you didn’t you would be boiled into tallow and made into candles and sent to India, where they can’t read at night.

Further, to teach in high school you would have to be in the top ten percent, and have a degree from a real university in the subject you taught. Not in education.

You can’t teach what you don’t know.

Then I’d raise salaries by five thousand dollars a year, each year, until I got bodacious fine teachers that you could show in the county fair.

You can catch anything with the right bait. It would be about as hard as getting ticks in a cow pasture. I reckon you might need a long afternoon to find twenty kerbillion smart women who wanted to actually contribute something to society, and get home when their kids did.

I’d give’m great retirement programs and their summers completely off. Pretty soon they’d get respect from the community because they’d be worth respecting.

And you know something? It would do wonders for the kids’ self-esteem.

Who feels happier about himself — a child with a decent education and the confidence that goes with it, or one who barely speaks English, can’t puzzle out warnings on a table saw, and figures to spend his life sleeping under bridges?

I reckon countries just plain get the schools they deserve.