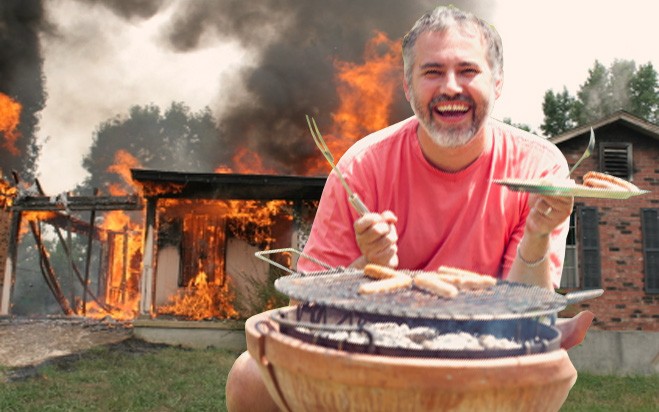 Besides being a tremendous amount of fun, this creative destruction is going to make us all rich. It has too…

I read it in the New York Times. 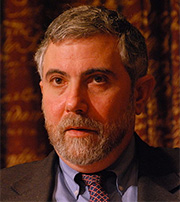 “What saved the economy was the enormous public works project known as World War II, which finally provided a fiscal stimulus adequate to the economy’s needs.”

This notion that world wide destruction ended the great depression has become an assumption that just won’t go away.

And this notion has possibly created more havoc than any other mistaken idea in the past 60 years.

It does seem plausible though.

After all, the timing lines up. First there was a depression, then there was a war, and then things were okay.

But the timing lines up on this sequence too. First I woke up, then I relieved my bowels, and then I drove to work.

But for some reason, no one argues that emptying one’s bowels creates jobs. A sequence of events is not sufficient to prove anything.

So why do people believe this idea?

Krugman and followers like to point out that unemployment fell substantially during the war—and that is absolutely true.

But what else would you expect when 29 percent of the labor force is drafted into the army?

The able-bodied men who were removed from the workforce were replaced by elderly men, women, and teenagers who had little work experience.

Instead of working to create goods and services for the benefit of their fellow man, they were working on tools of destruction.

Although employment rose, prosperity did not.

And yet, economists like Paul Krugman consider this an economic “boom.”

Nevermind that people were rationing at home, and dying abroad.

GDP (Gross Domestic Product) increased by 13 percent and employment was up, up up.

Krugman’s economy is numbers on a spreadsheet, not the real world that people live in.

To make matters worse, the statistics Krugman bases his arguments on were largely bogus.

GDP is a dubious number under the best of circumstances, and during wartime even more so.

Normally prices are set by supply and demand, but during the war, government set prices and demand arbitrarily.

For example, the government could set the price of eggs at one dollar per dozen, order ten million eggs, and then add $10,000,000 to the GDP.

Certainly not one guy with a calculator.

And when the war ended, Keynsian economists like Krugman were in a panic. Because the really big number was going to go down!

Without the wartime employment, and with hundreds of thousands of GIs returning, they predicted a return to depression—more terrible than before.

But they were wrong.

1946 was a year of fantastic prosperity in which the private sector grew faster than ever in American history. 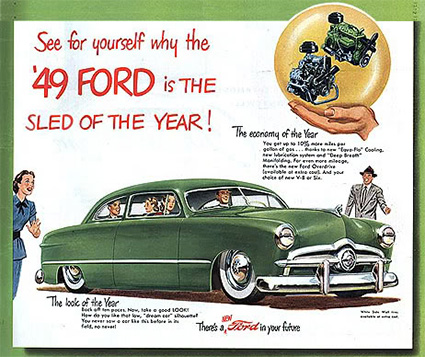 Instead of falling into a deep depression the 1950’s were a time of ever rising living standards, not despite the end of massive government spending, but because of it.

This is a big mystery to certain economists, but common sense to everyone else.

When the economy shifts from blowing things up, to creating things consumers want, people’s lives improve.

If pressed to explain the rising prosperity that actually occurred in the post war period, Krugman will say it was, “pent-up demand.”

Or in simpler terms, people were so desperate for real goods and services after 15 years of depression and war, that companies had to make a lot of stuff and thus hire people to make the stuff so they could afford to buy the stuff.

It’s a cute story, and a great example of circular logic.

But wasn’t there plenty of demand DURING the great depression? People still wanted food and cars and clothes didn’t they?

And wasn’t there plenty of demand DURING the war? People still wanted cheese and toasters and nylon stockings didn’t they?

There is always plenty of demand.

There is no reason for it to be pent-up, nor any benefit to ‘penting it up’ besides making people miserable when they don’t need to be.

People benefit from creating things, not destroying them.

Neither you nor I can get wealthy by burning our houses down or driving our cars over a cliff.

It is just common sense.

But if it weren’t for the denial of common sense, Paul Krugman would have nothing to do.

If war spending can really make a country prosperous, then the solution ought to be easy enough.

For the next 5 years every country should provide 100% employment to all of their citizens to create the most powerful navies on earth.

Upon completion, the fleets will meet in the middle of the Pacific Ocean, and proceed to sink each other.

Then all the nations of the world can celebrate how much richer they have become by devoting 5 years of labor, millions of ton of steel, and countless production of other things that wind up at the bottom of the ocean.

Imagine the huge GDP numbers! And all the pent-up demand!

This silly idea is based on the mistaken notion that spending of any kind creates wealth.

It is the same silly idea that has led to the oft-repeated slogan, “consumer spending drives the economy.”

We are also told that if government takes your money and spends it on things that you can’t use, (like tanks, missiles, and bridges to nowhere) that everyone will be richer.

Some people do get richer in such undertakings – but not everyone – not even close.

Anyone who sells this kind of absurdity belongs in a lunatic asylum or a prison, but if those are all full, I suppose space can be made in the New York Times for a weekly column.

I’m not going to burn my house down or push my car off a cliff anytime soon.

But if Paul Krugman would like to give a demonstration of his economic theories using his house and his car, then I’ll bring the popcorn.