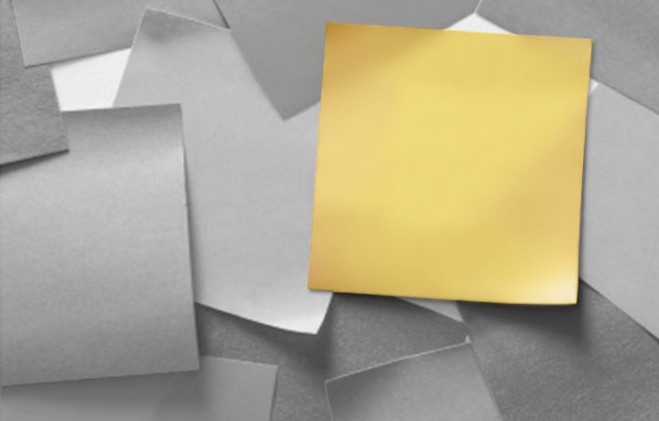 When I was about four years old, my parents gave me a toy piano. Up until that moment, I had been able to figure out just about anything, but it soon became quite clear to me that I had no aptitude for music.

The piano was put aside – way aside – for crayons, building blocks, and comic books. I hated that piano.

Years later in Junior High School, it was announced that music would be my mandatory elective. I had no say in it.

Apparently, someone at the school board had read some new research suggesting that students should be assigned to either drama, art, or music as their elective study based on their academic level.

All of a sudden my future was chosen for me because I got an “A” on my animals of the world essay in the sixth grade.

I asked my mother, “How can it be an elective if it’s mandatory?”

She had no good answer for me, but it was clear that further resistance was futile. So I resigned myself to music for the next three years.

On the first day scramble to select an instrument, I took a trombone. I figured it would be the easiest, and though I was probably right, it was still not easy enough for me.

Over the years I built a system of ‘faking it.’ Sitting next to the tuba player, playing quietly if at all. I marked all my music books with the correct positions of the trombone slider, to avoid reading music.

Further into my teenage years, my parents had the bright idea of enrolling me in guitar lessons. They imagined that I would play for my friends at parties, or even form a band someday.

That was probably a good idea. But within a few minutes, my guitar instructor could see what I already knew: I was no Eddie Van Halen.

Finally High School arrived and I got to choose my own elective. I chose Art.

There would be no more trombone, no more marking up music books, no more draining spit valves, no more faking it.

Finally I’d get to do something I liked.

Not. The school registrar informed me that all the Art classes were full, and asked me what elective I had taken in Junior High. I answered in a low voice, hoping she wouldn’t hear me, “music.”

She heard me just fine. And so with the enthusiasm of a deflated balloon, I reported to music class, picked up a trombone, and took my place in the back row.

The teacher arrived, a rather stern little man with a German accent, and told us to turn to page 33 of our music books.

Page 33, like every other page in the book, was unmarked with my shorthand to tell me how to slide the trombone. The little dots and lines were only a pattern to me, not sound.

With no time to interpret, I would be forced to fake it like never before.

The class began to play – but not me. I didn’t follow the notes on the page, or even blow into my instrument.

Instead, I tried to match the movements of the other trombone players on either side of me. Song after song, I twitched to keep up – but was usually a half note behind – until class was over.

It was one of the most stressful hours of my life.

I lamented that it was going to be a very long year unless I could get ahold of one of the music books to mark up with my ‘code.’

But the teacher then told us all to turn the music books in. I wouldn’t have a chance to mark it up. My heart sunk, this was going to be a very long year indeed.

As we filed out of the room, the teacher tapped my back and said, “Can I speak to you for a moment?”

Apparently, I had not fooled him.

I was expecting to get a pep talk on how I’d have to apply myself, practice more, and maybe stay after class for one-on-one coaching. And I was preparing myself to lie and say I would try.

But once everyone had left the room, he closed the door, and said: “What are you doing here?

I explained that all the other electives were full, and that since I took music in Junior High School, they sent me here.

He asked, “Is there anything else you like to do?”

He took out a little slip of paper, scribbled something on it, and told me to take it to the Art teacher.

I was being kicked out of Music class, and I couldn’t be happier. If only the Art teacher would accept the note, I would be saved.

As I walked to the Art class, I really wanted to peek at the note, to see what it said. But I didn’t dare for fear of jinxing it. I gave the note to the Art teacher. She looked at it for a few moments, then told me to get an extra chair from the back room.

I still wondered what the note said, and from my new seat, I could see it on the Art teacher’s desk – laying open. There was no writing on it. I bent my head down low to look on the underside. Nothing.

He didn’t coddle me, or tolerate me, or even encourage me, instead he told me what I needed to know – that I should be true to myself, that following orders is not an excuse to do the wrong thing.

I wouldn’t know it until years later, but that blank note has made all the difference in my life. I never had the opportunity to thank its author, I don’t even know his name, but I can’t help but think of him every time I see a blank Post-It.

The future is unwritten, until we write it. 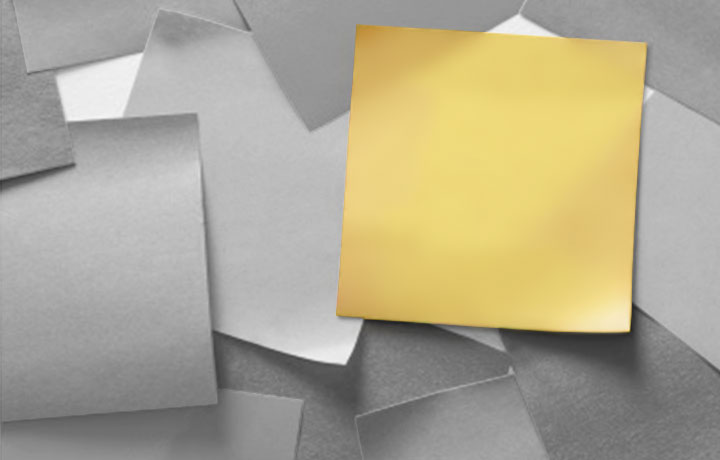