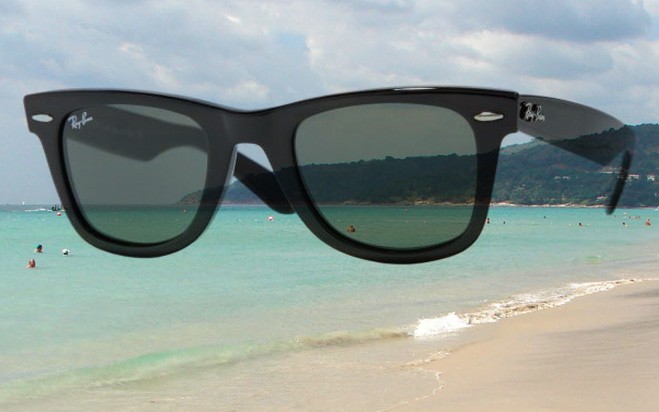 Saul retired to Phuket, Thailand from New York City at the age of 40.

He already had under his belt a master’s degree in Business Administration from New York University, three years of therapy with a strict Freudian psychiatrist, an amicable divorce from his wife Amy and a small fortune from the sale of his father’s business.

Saul’s father had run a factory in New Jersey that made rawhide chew-toys for dogs. Saul took over the firm upon his graduation from NYU, and profits tripled in the first fiscal year.

Most of this increase came from the fact that Saul discovered that the dried beef hides necessary to produce the chew-toys could be had in Bangkok for a third of what his father had traditionally paid for them in Argentina.

The rest of the increased profits were a result of Saul’s widely acknowledged gift for business.

In the 18 years that Saul helmed Happy Bonz, Inc., he proved himself to be a consummate man of commerce. He introduced new lines of toys, as well as a variety of canine health-care and grooming products.

He kept the unions out of his factories, and by the time he sold the company to an international dog food conglomerate there were 141 Happy Bonz Boutique franchises spread across America and they were doing over ten million dollars per year in mail-order sales.

Saul divided the money he got for the factory among his parents, six brothers and sisters, and a variety of minor dependents.

He took his cut and moved to Thailand.

Saul came to Phuket and bought a house on Kata Noi Bay. He bought a big motorcycle and a flashy red sports car. He bought the best TV, satellite dish and stereo system available.

He took diving lessons and shooting lessons and equestrian lessons. He took trips to Singapore and Hong Kong. He sat on the beach for hours at a time.

Saul decided to open a business.

Business was what he was good at, and it would be more fun than falling off horses. He looked around and saw that the highest profit margins in retail seemed to be in the boutiques in the five star hotels.

He examined their stock and decided that there was a lack of quality leather goods available. He contacted a lawyer and set up the Chao Fah Leather Importers, Ltd.

Khun Mot Malangsap, the lawyer, told Saul that he would need a Thai partner, and Saul calmly cut Khun Mot in for 51% of the business.

He was acquainted with the concept of the Silent Partner, and was sure that if Khun Mot got a little sweetness every month, he would let Saul handle things his own way.

Khun Mot found them office space, and an architect and decorator to make the rooms livable. The first day he took Saul to see the site, Saul insisted on telling the laborers how to lay the carpet by pointing out nips and tucks on the floor using his feet.

After they left, Khun Mot explained to Saul that in Thailand gesturing with your feet is about the rudest thing you can do, but Saul said, “Dese guys are my employees, I’ll treat ‘em any damn way I like. Dey don’t like it, let ‘em go work somewhere else.”

They moved into their offices after Khun Mot failed to convince Saul to have a blessing ceremony with a few monks from the local temple. “Business is my religion,” said Saul.

The first day, Saul tripped over a ripple in the carpeting and sprained an ankle. They discovered that the carpeting had been laid but not tacked to the floor.

Saul sent letters to the leather merchants of Madras because the phone lines were not installed in the office until three months after they moved in.

Khun Mot had taken several important people for dinner and drinks, and dropped off a few envelopes full of purple banknotes, to ensure quick installation.

But when the technicians came, Saul was so loud and abusive that they left, and Khun Mot’s envelopes were returned to him with a terse notice that his office was on the list and he could just wait his turn.

Saul went to the airport to receive his first shipment of purses, jackets and boots, but came back empty-handed because of some problem with customs officials.

When Khun Mot called to clear things up, he spent ten minutes apologizing for Saul’s behavior. They ended up paying fees and fines that were equal to 200% of the net worth of the shipment.

Saul began to run his samples around to the resorts.

Everywhere he went, he would stride up to the front desk and say, “I wanna see da boss!”

Usually, he was referred to a duty manager or executive secretary, to whom he would say, “I wanna see da boss! You know, the farang in charge. I don’t wanna waste my time wid’ no damn Thais!”

He would end up leaving his card, which was thrown in the trash as soon as he stormed out of the lobby.

As he paid the rent on his office each month, and the salaries of his staff of secretaries who had no orders to take and drivers who had no stock to deliver, Saul would curse the Thais and Thailand.

He said the rudest things imaginable about everything that is sacred to the Thai people, and since he had never learned a word of the Thai language, and didn’t understand the Thais when they talked, he assumed that the Thais who heard him wouldn’t understand him.

He was wrong, and one day his beautiful car was vandalized. A week later someone broke into his house and stole his nice TV. A week after that, someone threw a rock at him as he rode his motorcycle through Patong.

Khun Mot had warned Saul that in Asia businessmen don’t ride motorcycles, and they certainly don’t ride around wearing only shorts and sandals.

But Saul said, “Nobody cares what ya look like if dey know ya rich. Money talks, bullshit walks.”

Still, Saul never received an invitation to join the Lions Club, or the Chamber of Commerce.

By late last year, Saul found that his capital was all gone. His products were on sale in only 11 outlets, and he was finding that people who are vacationing by the sea have little motivation to buy heavy leather jackets and boots that they can get cheaper back home.

He was losing a frightening amount of money each month, and his only material asset was his house on Kata Noi Bay.

Then he received notice that his house had been built on public land, and he had one week to vacate before the government bulldozers would return the expensive Bermuda grass of his lawn to the jungle.

Saul knew when to cut his losses. He told Khun Mot that he wanted to bail out. Khun Mot agreed, and after the big fire sale he took 51% of the profits.

Two days later, as Saul was packing up to vacate his house, two very polite policemen came in and found some marijuana under his bed.

Saul had never smoked anything in his life, but it cost him every baht he had to stay out of jail. Upon his release he sold the furnishings of his house for just enough money to buy a plane ticket back to New York.

He left Phuket about six months ago, to take a job as bookkeeper in his cousin Joel’s tailor shop.

Nobody was surprised to see him go, and nobody missed him once he was gone.