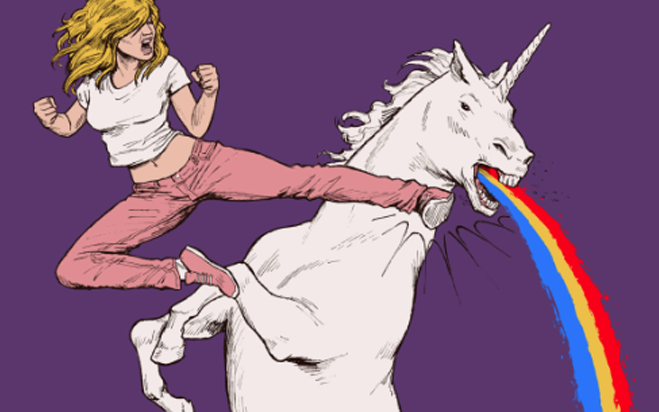 Did you ever have a dream that seemed so real that you were surprised when you woke up to discover it wasn’t? I have.

I was convinced that I could fly by simply relaxing and pushing on tree branches. Much to my dissapointment, I have not yet been able to move skyward in the waking world.

And so it is with elections.

People seem to enjoy these pageants tremendously, the thinking about big ideas, deciding which candidate best represents your ideals, smearing the candidates who don’t, and the excitement of voting for the way you think society ought to be.

Elections are the dream that your vote matters – and waking up from this dream can be painful. But in reality, YOU matter, and in much more important ways than floating from imaginary tree branches.

If you happen to live in Ohio, Florida, Wisconsin, or Michigan, your vote has a 1 in 10 million chance of affecting the election. That is to say, you are more likely to be struck by lightning.

But if you happen to live in say California or Texas, your chances fall to 1 in 60 million. Now you are more likely to die in a car crash on the way to the polls, to write a bestselling novel, or win an Olympic Gold Medal.

So for your own safety, enjoyment, and accomplishment, please stay home on election day and pursue your dreams.

Reality 2: The People You Vote For Are Not the Government

The vast majority are unelected bureaucrats, the people who write policy papers, control access, and decide what information gets passed to the decision-makers. Many are permanent fixtures who cannot be fired regardless of who is elected.

These nameless, faceless paper pushers are in effect the real government, and like any group of people have their own interests and motivations – which may be quite different from yours, or the person you thought you were voting for.

Reality 3: You Are Not Voting on Issues

Oh sure, the candidates promise to do this that and the next thing, but there is seldom much correlation between what they say and what they do. And once the promises are broken, there is no recourse, other than waiting for the next election, only to be treated like Linus trying to kick the football.

Technically, it’s now possible to have direct democracy on issues, imagine voting from your smartphone on how much of your income should go to the Dept. of Defense, how much tax collected on a gallon of gas, or whether or not your smartphone should be under surveillance.

That however won’t happen, the bureaucratic class likes things just the way they are.

Politicians like to talk about their vision of “progress”or even of “making America great again,” as if they will be, or can be, in charge of society.

But take a look around you. The computer in front of you, the coffee at your side, the cup it sits in, the food in your refrigerator, the refrigerator, the car you’ll drive later, the radio you’ll play, the movie you’ll watch, the shoes in your closet, and on and on.

The progress and enjoyment you experience in your daily life does not come from politicians. They come from millions of people around the world pursuing their own self-interest, trading, making, marketing, and selling all the different sorts of products and services that make up the modern world.

Send all the presidents and senators to Mars and the system of progress will continue like clockwork without them. No one runs it. No one needs to run it.

The whole political debate is premised on the idea that government should be running things. What gets ignored is the greatest idea ever discovered: society runs itself better than any authority can run it.

This is true in economics, culture, security, religion, family life, transportation, trade, and charity. Freedom works better. The discovery of this truth built civilization. It is the difference between North and South Korea, between East and West Germany during the Cold War, the difference between the Backstreet Boys and the Beatles.

The building of a better society can’t be outsourced to leaders. It is up to you and me and a billion other people just like us. Whether we’re washing windows, marketing telephone equipment, leading a dance class, or raising healthy happy children, a better future is in the hands of doers, not talkers.

Vote with your actions. Every day.

One thought on “Your Vote Doesn’t Matter – But You Do.”