They make speeches about the “lunatics” who run Japan and complain about Japan’s “past aggressions.”

The media tries to whip up ratings for a few days, the same lame excuses are trotted out, and then the whole thing goes away… until next time. 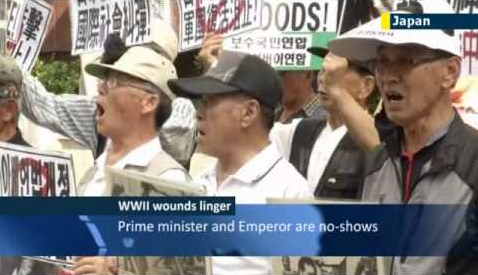 But the vast majority of young people from China, Korea, or Japan that I’ve met simply don’t care.

World War II was ancient history. It has nothing to do with them. You’d be hard-pressed to find a Japanese under 50 who once bayonetted Chinese civilians in Shanghai, or administered puncture wounds to Koreans.

Nope. You couldn’t find a single one.

What do they care about?

Have you ever heard of a Korean pop group called BigBang? 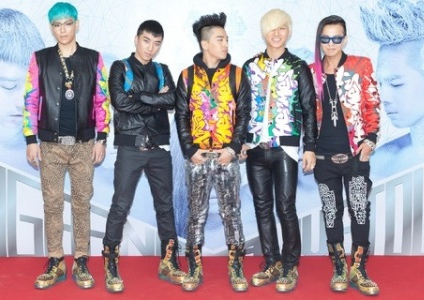 Despite being from Korea, BigBang is very popular in Japan. One reason is that they sing in Japanese, a language that is outlawed in their native country. A law no doubt made by 65 year-old politicians.

Where politicians talk a big game about peace and goodwill between nations – boy bands actually deliver.

Just to put this BigBang thing into perspective. When the Rolling Stones returned to Japan after 10 years away, they sold out the 55,000 seat Tokyo Dome.

In the crowd, 50 to 70 year olds clapped politely.

Within 2 hours they sold out THREE consecutive nights at the Tokyo Dome, 165,000 screaming fans, and they did the same thing the year before.

Ask a younger Japanese if they’ve ever heard of say, the Beatles, and they respond, “No!” or, “Yeah. Maybe I think I’ve heard of them. But I don’t know any of their music…”

But there’s not a single Japanese under 25 who hasn’t heard of BigBang.

To these fans, and the vast majority of young people just like them, the Beatles and Rolling Stones are ancient history, just like the animosity between aging politicians over World War II.

They simply don’t care about it at all. Nor do they seem to care about what (over 65-year-old) politicians do.

They care about now and their lives and their friends.

Here are several thousand Japanese youth expressing their eternal hatred for Korea and all things Korean (not). 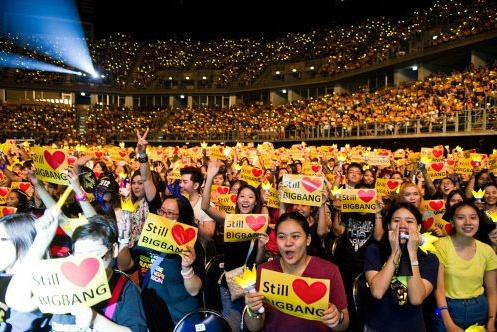 Where politicians talk a big game about peace and goodwill between nations – boy bands actually deliver.

Doesn’t say much for politicians.