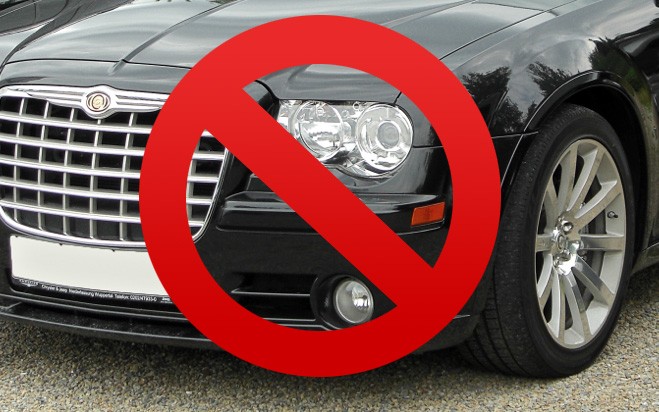 It was an act of madness, one that no reasonable person would like to see repeated.

A lunatic armed with a high-powered automobile ran over 12 people on the Venice Beach Boardwalk the other day. One person was killed, and the rest were hospitalized.

The car was black, a color favored by the military and militarized police, and the young man driving, may have bought this military style assault vehicle without a background check.

In California, anyone can just go out and buy a car without passing a psychological screening. I know it sounds outrageous, but its true.

Auto sales are completely unregulated. And get this: thousands of private sales of high-powered vehicles take place every year – in cash.

There are no laws that require high-powered vehicles to be securely stored with their ignitions disabled, and there is no limit to the amount of explosive gasoline private individuals can purchase – without even an ID.

These high-powered automobiles have high-capacity fuel tanks, and can be driven for miles and miles at high speed, potentially running over every innocent bystander between Venice Beach and Tijuana.

Maybe this is why so many people are killed by high-powered automobiles. There are obviously not enough rules.

Tens of thousands of people die in the US every year due to high-powered automobiles – some of them children.

And yet nothing is done. Where is President Obama? Mayor Bloomberg? Nancy Pelosi?

Don’t they care about the children?

We must do it to protect our freedom from the terrorists! (And the children of course.)

Maybe because most people who are familiar with cars, understand the need to operate them in a responsible – or at least not in a murderous – way.

And maybe because most people realize that none of those regulations would stop a lunatic from getting in a car and driving it down Venice Beach Boardwalk if he were so inclined.

Meanwhile, millions of other people believe that more “rules” can stop gun violence.

Even as the incidents of “gun violence” continue to go down as gun ownership increases—just the opposite of cars—they continue to sing the same tune.

It seems obvious to them that gun violence would cease altogether if all guns were banished from the earth.

For some reason these same people can’t figure out that guns cannot be “un-invented,” nor can they be magically vaporized by good intentions.

Since their existence is going to continue, a further reduction in gun-violence, or automobile violence, or domestic violence for that matter, seems to depend more on reducing the number of lunatics.