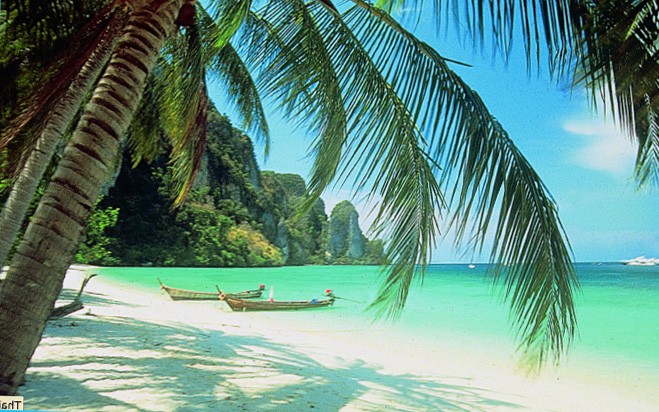 Khun Anuphan, a 76-year-old Muslim fisherman from Rawai, sold a piece of ancestral land to developers for ten million dollars.

He and his son, who brokered the deal, took the papers to his wife, Noina, for her thumbprint. Noina, an illiterate 72-year-old mother of 11, argued, “If we sell the land, where will we grow our coconuts?”

Since the coconut crop makes up 60% of her family’s income, she thought that hanging on to the real estate would be a good idea.

But Khun Anuphan threw his weight around, and 5,000 years of male-dominated culture forced Noina to put her thumbprint on the documents.

Khun Anuphan and his son attended a meeting of nine men, four of whom were interpreters, where the two locals traded the papers for a check drawn on the Chartered Nippon Bank. Khun Anuphan then brought the check back triumphantly to the tin-and-cinderblock house in Rawai.

Noina glanced at the tiny slip of paper and gave her husband that look, the one that husbands everywhere know. The one that says, “You’ve traded the cow for a handful of magic beans?”

So Khun Anuphan got on the bus and took the check to the bank, where the manager, helped him open the first bank account anyone in his family had ever had. Khun Anuphan took the bus back to Rawai and showed Noina the bank book, full of zeros that only reminded her of the forfeited coconuts, and Noina gave him the “magic beans” look again.

She said, “I want to see all this money. I want to bring it home and count it.”

So she put on her go-to-town scarf and lacy shirt and joined her husband at the bus stop. At the bank she put her shopping basket on the manager’s desk and demanded her ten million dollars.

Now, our local provincial banks don’t normally keep that kind of cash lying around, and even if it had, the manager knew it would never fit into Khun Noina’s shopping basket.

So instead he took the old lady into the vault, and showing her the stacks and bundles and bins full of currency, said, “This is all yours, Mother. But I think it will be easier for you to count it here than at home.”

Well, Noina didn’t need to count it; just seeing it was enough. She carefully selected a 100-baht note from a stack, to do a little shopping since she was downtown anyway, and told her husband he’d made a good deal after all.

As the old couple left, the manager congratulated himself for his own cleverness, and celebrated by buying a five-baht bag of ginger candies from the vendor in the street in front of the bank.

Noina had purchased a similar bag on her way out of the bank, and when she got home she divided the ten candies in the bag among her 20 grandchildren, carefully breaking each tiny candy in half to be fair.

The following Thursday, Noina came to town to do her shopping, and she just walked right into the bank, right past the tellers and junior managers and into the vault, where she carefully selected another 100-baht note and then just strolled out of the bank with it.

Nobody stopped her, of course, and it became a weekly ritual. Now every Thursday the old woman walks in, goes to the vault, takes another 100 baht, and walks out. She acts as if she owns the bank, which, of course, she thinks she does.

It’s not a big problem, as long as somebody sees which stack or bundle or bin she removes the money from, and the manager says he’d never dream of telling the old woman not to go into the vault. “She’s so old, and so rich.”