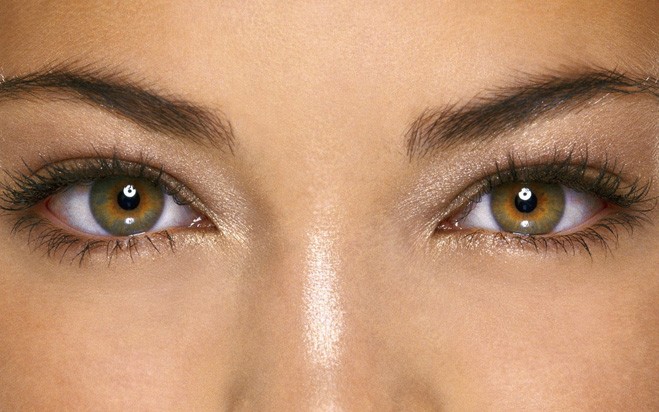 She was in her late twenties, with flowing brown hair and clear pale skin. I met her on my morning commute.

The 880 from Oakland to San Jose is one of the worst commutes in the Bay Area. Roughly an hour and a half of stop and start traffic with no rhyme or reason to why it stops, or why it starts. It ranges from 75mph to 0mph and all points in between.

When it is moving you could theoretically go 100 miles an hour, but it wouldn’t help much, as traffic returns to a standstill a few minutes later. I suppose with a few daring moves it might be possible to save a minute or two, but not much more.

Leaving this extra space is unusual in California though. Tailgating is the rule, because for some reason people are sooooo worried that someone might get in front of them.

At 9am, the car pool lane opens up to single passenger vehicles, and the young woman with flowing brown hair swerved right through my lane in her little red car to get into it. But she wasn’t the only person with this idea. The car pool lane was just as jammed up as all the other lanes now. She had to stop.

Then a tire truck appeared in my peripheral vision, also in the car pool lane and going much too fast. I knew immediately that it was going to hit the little red car.

The truck driver stood on the brakes and the front of the truck dove into the ground. It was no use though. He made a last second effort to swerve onto the shoulder – but it was also too late.

The truck smashed the left corner of the little red Civic and there was an explosion of glass. Then the little red car ricocheted back into my lane and into the SUV in front of me – and then into the side of an eighteen-wheeler in the next lane.

The sound of crunching metal and explosions of glass continued, but I didn’t have time to see from where. I needed to find a way through the carnage before I became part of it.

The eighteen-wheeler pulled over, fuel gushing out of one of its big chrome tanks, and a gap appeared. As I moved through it, I passed by the red Civic and came face to face with the young woman.

Her hair was no longer flowing. She neither cried nor screamed.

I asked as I drove by, but she did not reply, she didn’t even blink.

She just stared at me. 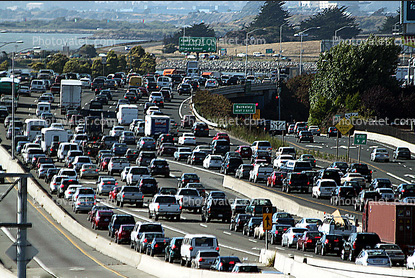 The next morning I was on the same commute, not far from the scene of the previous carnage. As usual I kept some open space in front of me. A box van tailgated me, whether we were going 0 or 65 he stayed right on my bumper.

He seemed to be pretty upset about the empty space in front of me – like it was slowing him down. In a few seconds traffic backed up to a standstill again and there we were side by side. He looked a bit silly yelling about a space that no longer existed.

I wanted to tell him about the young woman in the little red car. But would he listen?

I wanted to tell him to stay calm, that all this rushing about is a temporary illusion. But would he understand?

I wanted to tell him that people are more important than pavement. But would he comprehend?

Or was he so consumed in his desire to occupy a particular piece of road that he would work himself into a rage to justify it?

I just stared at him.