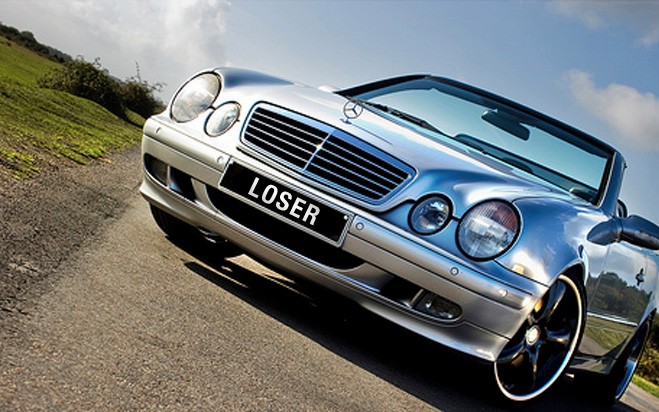 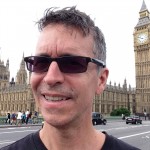 Over the past 20 years I’ve bought two cars for my personal transportation.

He was proud of his cool car, and not very subtle about the status he thought it afforded him.

One day we were in a parking garage. He and his BMW were half a floor above me and my Toyota, so that his toes were right at my eye level. He looked down at me and said, “Get used to the view, loser.”

He thought it was funny. But I was always taught that he who laughs last, laughs best.

By 1999, he’d gotten tired of his BMW, so he traded it in towards the purchase of a new Mercedes CLK430. 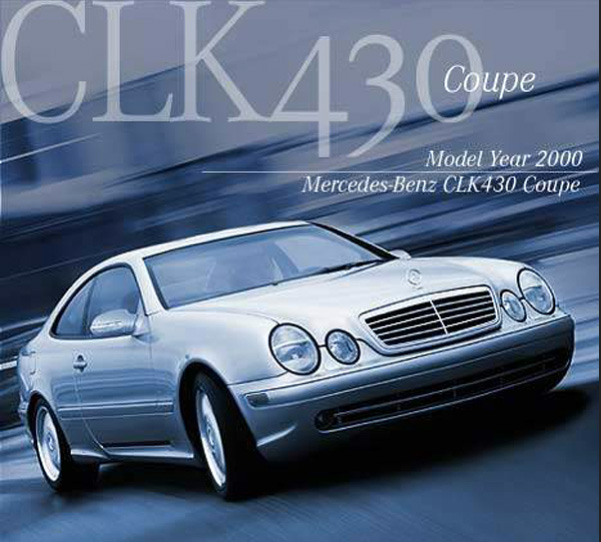 That Mercedes was a real beauty, and I took plenty of schtick for still driving around in my old pickup.

“C’mon, what are you driving that piece of shit around for? Stop being a loser and get with the program.”

That gorgeous Mercedes cost at least $50,000, and spaced over another 5 years of payments, probably cost a fair bit more.

I must admit that I was jealous though.

Around 2005, I finally decided it was time for me to “get with the program.” I had a new job, and it seemed like a more professional veneer would be useful.

The same price I paid for the Toyota.

And once again I paid cash.

My ‘new’ used car was about the same age as my friend’s Benz, and just as nice. He didn’t like that. So, he traded in his old Benz for a new Benz. And this time he didn’t hold back. He got a long sleek S550 with a price tag somewhere on the far side of $80,000.

I don’t know the details of how he paid for it, but assuming he used the same method as before, he was out of pocket the full amount and then a lot more paying off the loan.

Did I have maintenance problems with my new ‘used’ car?

It broke a water pump once. I missed a meeting and it cost me $500 to replace. Sounds like a lot, but still less than one of my friend’s monthly payments.

I couldn’t tell you what the missed meeting was about.

A few weeks ago I ran into that friend and saw that he’d downgraded, but only slightly to a luxury SUV.

He asked, “How do you like my new ride?”

“What are you driving now?”

He said, “You loser. You got the same job too?”

Oh if you could see the look on his face. He didn’t call me a loser that time.

Over the years my friend spent well over $200,000 on car payments, and a fair bit more on insurance and sales taxes. Put together it approaches a quarter of a million dollars.

Meanwhile, my two cash purchases plus insurance totals around $35,000.

The money I didn’t spend on cars was invested, and has since grown into a very nice collection of dividend paying stocks.

He enjoyed a myriad of fine automobiles, currently has a large monthly payment on a new SUV, and a job that he hates with no end in sight.

While I have two used cars that work just fine, and stocks that pay tens of thousands of dollars every year, without my having to raise a finger.

It turns out that there are benefits to being a “loser.”

Another benefit is this: It also turns out that a slightly used, but still just as beautiful Mercedes CLK430 goes for right around $10,000 these days.

That’s the same as I paid for all my vehicles.

If I can get the personalized license plate that reads, “LOSER,” I think I’ll buy one.

That would make me laugh.

It might not be the last laugh, but it’d last me a good long time… 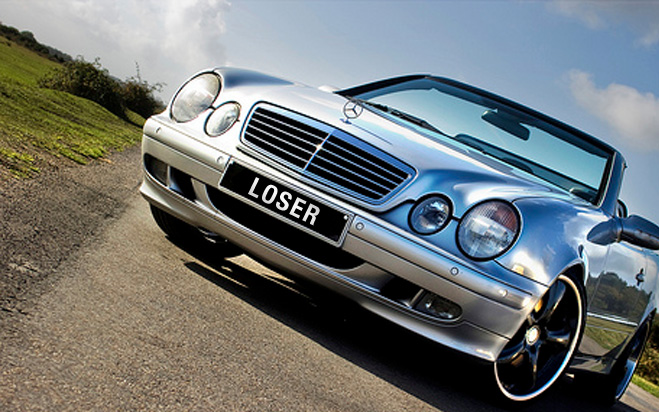 One thought on “How to Get Rich Not Buying Cars”