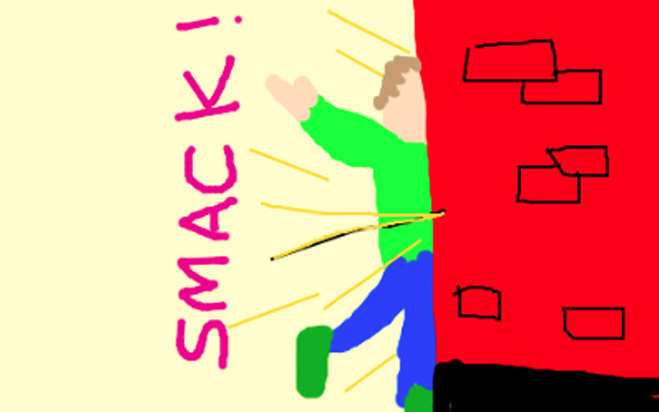 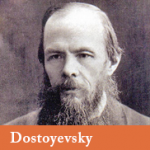 The simple man heads straight for his goal like a maddened bull with lowered horns and is stopped only by a wall.

Such men normally give up when faced with a wall, because a wall for them is not just a diversion, as it is for men who think and consequently do nothing. Nor is it a pretext for turning back, no, they give up sincerely. For them the wall is reassuring, morally decisive, comforting.

It is precisely this sort of man I consider the real, normal person, as Mother Nature intended him to be.

This man fills me with envy.

He is stupid – that I do not dispute – but perhaps the normal man ought to be stupid, how do you know? Perhaps it is even a very fine thing.

Compared to the man of heightened consciousness, who has sprung not from nature, but from the test tube of endless fiddling and interference, the natural man is, if nothing else, a man of action.

The man of heightened awareness probably considers himself as a mouse rather than a man. Granted, an intensely aware mouse, but a mouse all the same, and most importantly, he of his own accord, considers himself a mouse – no one asked him to do so.

Lets take a look at this mouse in action. Let’s suppose that he has been too often offended and is thirsting for revenge. Perhaps he has more anger in him that the natural man, for the mouse’s feelings are easily wounded.

The natural man considers his revenge as nothing more than simple justice, whereas the mouse with his heightened sense of awareness considers the meaning of justice.

And what of the act of revenge itself?

In addition to the original nastiness, the hapless mouse has accumulated additional nastiness in the form of questions and doubts, and has piled up so many unanswerable questions that he falls into an abyss where he spit upon by the natural men of action who are laughing their heads off at him.

Of course it’s obvious that all that remains for him to do is wave his paw dismissively and crawl back into his hole with a smile of simulated contempt that he himself does not even believe.

There in his foul, stinking cellar, our offended, downtrodden, and ridiculed mouse immerses himself in cold, venomous and everlasting spite.

For 40 years on end he will remember the offence, down to the smallest and most shameful detail, constantly adding even more shameful details of his ow, maliciously irritating himself with his own fantasies.

He himself will be ashamed of his fantasies, but nevertheless he will remember all of them, on the pretext that they too could have happened, and he’ll forgive nothing.

Probably he’ll start taking his revenge, but in fits and starts, pettily, anonymously, from behind the stove.

He believes neither in his right to take revenge, nor in its success. Knowing in advance that he will suffer 100 times as much from each attempt than the object of his revenge, who most likely won’t give a damn.

On his deathbed, he will recall the whole thing with compound interest for all that time. He will recall all those decisions made at once, and regretted forever.

And what of the natural man who knows nothing of this? As I said, the natural man runs toward his goal like a stupid animal and gives up when he runs into a wall. But what do I mean by a wall?

The laws of nature, the rules of mathematics and the natural sciences, of course.

Once it’s proven to you that you are mortal, there is no point in pulling a long face – you must accept things as they are – and move on.

Or when it is shown that an ounce of your own flesh is more dear to you than the lives of a hundred others, and that this demonstration settles the whole question of morals and duties, you must simply accept it, there’s nothing you can do about it.

You cannot fight two plus two.

Nature does not care a whit for your opinions, musings and lofty ideals. Nature does not ask for your permission, she is not concerned for your wishes or whether or not you care for her laws.

You are obliged to accept her as she is, and consequently all her end results.

I repeat, I repeat most emphatically: all spontaneous people and the man of action are active because they are dull-witted and limited. It is because of their limitations that they take immediate causes as primary ones, and thus are persuaded more quickly to do what they do.

And that’s the main thing. It is easier to act if you are completely sure of your actions, and the natural man is.

And so, the natural man rules from within the walls of reality, while the man of heightened awareness looks on with scorn from the confines of his little hole.

Plotting his revenge for 40 years, before vanishing into nothingness.

Oh yes, what a blessing it is to be stupid.