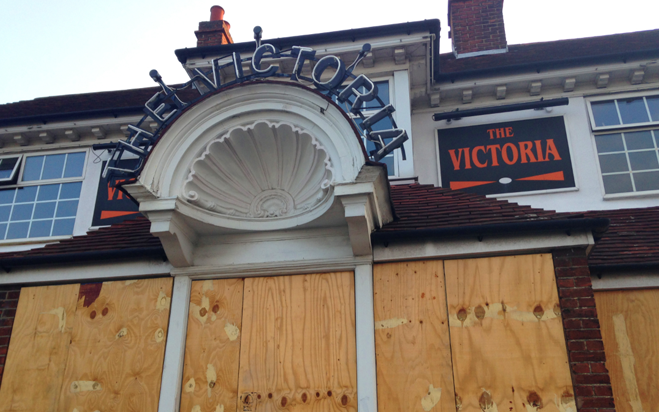 The local pub has been a part of English culture for hundreds of years.

A gathering place for the community, an important part of social harmony. But the local pub is a dying breed. Over and over I saw these establishments boarded up and closed – probably forever.

In the more distant past, when immigrants came to Britain, they were expected, indeed wanted, to become British. It was a melting pot and the pubs went on.

But in today’s environment of political correctness, we are told to respect and celebrate all cultures. It’s a noble idea, but missing from that ideal is the relationship of culture and place.

What it means in practice is the dismantling of the host culture.
Immigrants who come from non-pub, or even non-drinking cultures in large numbers have no incentive or interest in visiting with their neighbors over a beer. It would never occur to them.

And so the pubs are closing.

When pubs are replaced by mosques, when Christmas is replaced by holidays, when fish and chips are replaced halal and curry, when English is supplanted by Bengali and Arabic, at what point does Britain stop being “British.”

Is “British” a culture or a place? A people or an island?

Is it even allowed to ask these questions?

Something similar happened to the American Indians, whose culture was effectively replaced by uncontrolled immigration. The difference being that the Indians were confronted by vastly advanced cultures and had no choice in the matter.

In many cases, the new immigrants were beneficial to the Indians, bringing them out of the stone age new technologies like the horse, the metal knife, and the rifle.

But there came a time, when the guests became the masters, and there wasn’t a damn thing the American Indians could do about it.

It took a few hundred years, but the American Indian culture was mutilated bit by bit, and ultimately strangled to death.