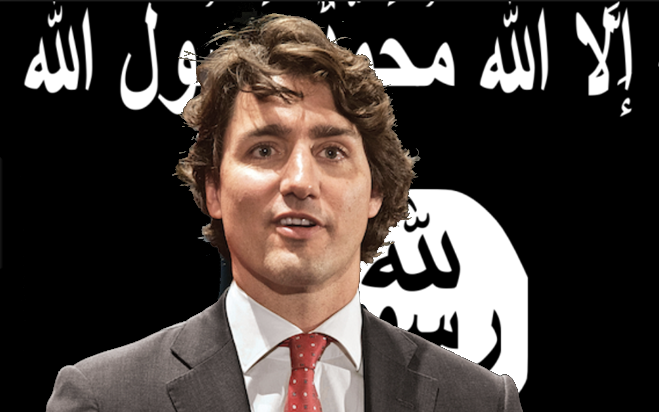 Stupidity is Our Strength!

In my hometown, Edmonton, some lunatic ran over a police officer, stabbed him, then plowed a rental van through as many pedestrians as he could find. After arresting the moron, police found an ISIS flag inside his vehicle.

Canada’s hair-model in chief Justin Trudeau, said, “We cannot — and will not — let violent extremism take root in our communities…”

Umm, too late dipshit, violent extremism has already taken root in the community, where the fuck do you think the van driver was living?

Trudeau continued, “We know that Canada’s strength comes from our diversity…”

Really? Seriously? How do you know that?

Give me an example. People keep saying this stupid slogan over and over like that’ll eventually make it true, but I have yet to hear it explained with any rationality other than access to different kinds of food. Okay, tacos and cous-cous are tasty, but are those “Canada’s strength?”

And finally Trudeau offered a proclamation of heroism, “We will not be cowed by those who seek to divide us or promote fear.”

Umm, yes you will. When you try to avoid offending sensitive minorities you are “cowing” to their interests. When you accept different standards of behavior for different cultures you are “dividing” people. When you mistake cowing for nobility, you instill “fear” that the country is being led by a nitwit.

Stop pretending that doing nothing makes you brave.

I remember it well. As a teenager I thought Pierre Trudeau was super-cool. Of course I didn’t have a clue what his policy was on anything, but he knew John Lennon and was a wicked smartass, so what else did I need to know? 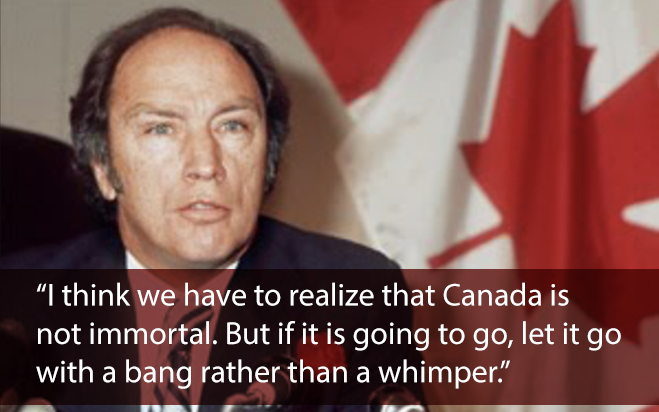 Then one day, a clue arrived. It was announced that there would be a new summer festival in Edmonton called, “Heritage Days.”

I thought, why? No one asked for this. And Edmonton already had a summer festival dedicated to “heritage” called Klondike Days. Celebrating the pioneers who made Edmonton into a city in the first place.

Those pioneers were not my direct ancestors, nor were they the ancestors of my Jamaican friend Dickie Duncan, nor of my Portugese friend Ru DaSilva, nor of my Chinese, Jewish, or Indian friends either.

We were from multiple cultures, but everyone got along just fine and no one felt any special need to go around parading their food.

We were all Canadians, Albertans, and Edmontonians. We cheered for the Oilers, the Eskimos, and we all went to Klondike Days. There was no problem.

None of our relatives had been prospectors in the Klondike Gold Rush, BUT… it was those pioneers who had made the place we all called our home, and so their legacy, their heritage was what united all of us. Differences were put aside to celebrate what brought us together.

So what the fuck was up with this Heritage Days?

It came from Pierre Trudeau’s plan to make Canada “the first country in the world to adopt multiculturalism as an official policy.”

Heritage Days was born from this seemingly noble cause. But what was the cause? What was the problem exactly? What was the purpose of this event that sprang from nowhere? No one ever said and no one ever asked. The attitude was, “Hey, there’s food over in the park, let’s go eat.”

And that was it. Harmless, right?

Well maybe. But forty years later, here we are. Klondike Days is now called “K-Days,” or “Capital Ex,” stripping it of any meaning. A celebration of nothing. Non-culturalism. Meanwhile, Heritage Days goes on. Instead of bringing people together by the one thing they have in common, they are divided by everything that makes them different.

There are many ‘different’ cultures in the world. Among these cultures is one called ISIS. They are not really into diversity so much, in fact they are quite intolerant of it. They do not celebrate multiculturalism. They want it to stop. They want you to adopt their culture, or else.

If ISIS had a food booth at Heritage Days, Justin Trudeau would be first in line, and first to tell you how lamb with goat cheese is Canada’s strength… 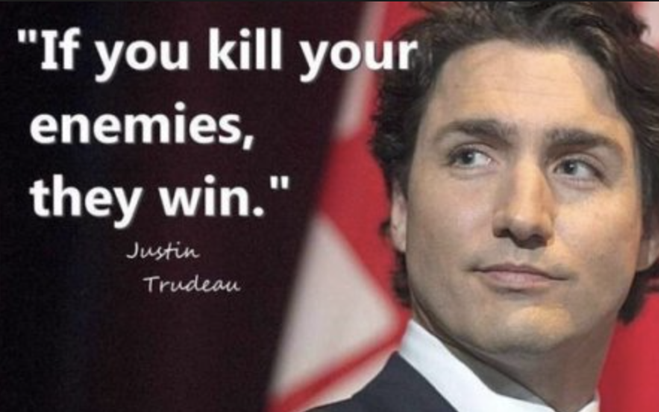 One thought on “ISIS Versus Trudeau in Edmonton”