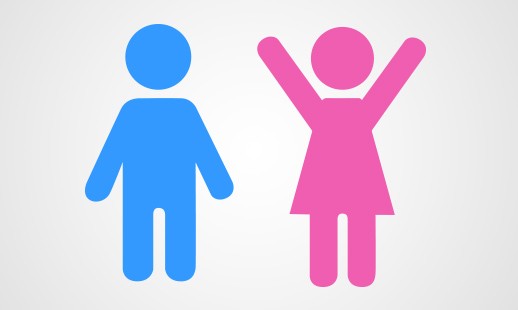 I recently did some work for an organization called, “The Girl Effect.”

As you can probably guess, it’s a program designed to help girls. There are many such programs like: Girls Inc, Girl Up, Hardy Girls, and so on.

It got me wondering: Why are their so many of these pro-girl programs?

I mean, are girls so useless that they need all this extra help?

It didn’t seem likely to me.

I’ve known so many brilliant, talented, amazing, and hardworking women, and I’m pretty sure they were all girls at one point.

As far as I know, none of them were given any special coddling and they turned out just fine. They are teachers, business owners, mathematicians, mothers, nurses, doctors, musicians, designers, coaches, business consultants, artists, counselors, scientists, professors, and so on.

So what’s up with all these girl programs?

It seems that an idea has gotten in to some people’s heads that girls are somehow disadvantaged, and that they need extra help in order to succeed in this “male-dominated” world that is conspiring against them.

Where did that idea come from?

Here is one: In the 1970s someone pointed out that girl’s math scores were lower than the boys. At the time this was considered a “crisis.”

As far as I know, no one went so far as to propose that math teachers were hiding the textbooks from female students.

Instead they blamed the “male patriarchy” and other multi-syllable words combined with uplifting speeches bestowing ‘hero’ status to all who would join their crusade.

Here we are four decades later and the crusade goes on, louder and more self-righteous than ever before.

Perhaps it would be fitting to take a break from marching and look at where we are now.

Here are some facts:

• Boys account for 70 percent of failing grades in public schools.

• 65 percent of students in “special education programs” are boys.

• Twice as many young men live with their parents as young women.

That is where we are right now. One may believe whatever one wants, but that is reality.

Apparently, the effort to help girls catch up has been a huge success, for girls at least. They are far ahead of boys in almost every meaningful measurement.

Unlike the disparity in math scores of the 1970s, the current disparity between boys and girls actually is a real crisis. It goes far beyond just test scores.

This is not a new problem, but it is a serious one, and one which has gone unnoticed for far too long.

Many of them are extremely averse to responsibility. They want to have lots of sex, but aren’t interested in marriage or fatherhood.

They want to enjoy the comforts of home, but they don’t want to provide those things for themselves, or anyone else. They exist in a state of extended adolescence.

Young men didn’t always behave this way. Just a few decades ago, men moved away from home, married and became fathers at a much earlier age.

But today, many young men have little idea of what “manhood” is, and among those who do, many want no part of it.

There is a very long list of reasons, but certainly the feminist movement must bear much of the blame. Through their influence on education, politics, entertainment, and culture, boys and manhood have been marginalized.

The dubious quest to achieve mathematical equality has become a new kind of sexism, one in which the innate talents and desires of individual human beings are thwarted.

Is there any reason whatsoever that any occupation should be made up of 50% men and 50% women?

If sex does not matter, then why would it matter how many women drive trucks? or how many men teach kindergarten?

The only equality we should care about is the equality of opportunity, not a tyranny of percentages.

And yet the crusade goes on, with no end in sight. Crusaders who believe in the nobility of their cause are not easily dissuaded. They set out to march and march they shall. News of boys demise is cheered as a victory.

All who would oppose them must be cast out as evil villains in the “War Against Women.” And when it happens, the crusaders cheer.

Witness the recent FOX News video in which a woman damned two men for having the audacity to suggest that men add value to raising a child.

It’s a problem. Anyone who cares to look at the facts can see it.

7 thoughts on “Girl Power and the Trouble with Boys…”