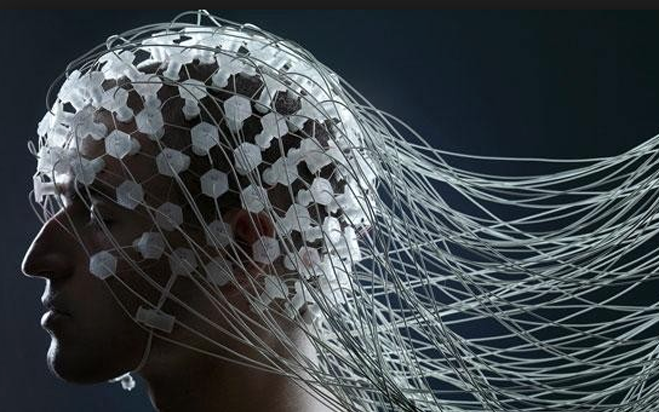 THE YEAR WAS 2081, and everybody was finally equal.

They weren’t only equal before God and the law. They were equal every which way. Nobody was smarter than anybody else.

All this equality was due to the 211th, 212th, and 213th Amendments to the Constitution, and to the unceasing vigilance of agents of the United States Handicapper General.

Some things about living still weren’t quite right, though. April for instance, still drove people crazy by not being springtime. And it was in that clammy month that the H-G men took George and Hazel Bergeron’s fourteen-year-old son, Harrison, away.

And George, while his intelligence was way above normal, had a little mental handicap radio in his ear. He was required by law to wear it at all times.

It was tuned to a government transmitter. Every twenty seconds or so, the transmitter would send out some sharp noise to keep people like George from taking unfair advantage of their brains.

George and Hazel were watching television. There were tears on Hazel’s cheeks, but she’d forgotten for the moment what they were about.

On the television screen were ballerinas.

A buzzer sounded in George’s head. His thoughts fled in panic, like bandits from a burglar alarm.

“That was a real pretty dance, that dance they just did,” said Hazel.

“That dance-it was nice,” said Hazel.

“Yup,” said George. He tried to think a little about the ballerinas. They weren’t really very good-no better than anybody else would have been, anyway.

They were burdened with sashweights and bags of birdshot, and their faces were masked, so that no one, seeing a free and graceful gesture or a pretty face, would feel like something the cat drug in.

George was toying with the vague notion that maybe dancers shouldn’t be handicapped. But he didn’t get very far with it before another noise in his ear radio scattered his thoughts.

George winced. So did two out of the eight ballerinas.

Hazel saw him wince. Having no mental handicap herself, she had to ask George what the latest sound had been.

“Sounded like somebody hitting a milk bottle with a ball peen hammer,” said George.

“I’d think it would be real interesting, hearing all the different sounds,” said Hazel a little envious. “All the things they think up.”

“Only, if I was Handicapper General, you know what I would do?” said Hazel.

Hazel, as a matter of fact, bore a strong resemblance to the Handicapper General, a woman named Diana Moon Glampers. “If I was Diana Moon Glampers,” said Hazel, “I’d have chimes on Sunday-just chimes. Kind of in honor of religion.”

“I could think, if it was just chimes,” said George.

“Good as anybody else,” said George.

“Who knows better then I do what normal is?” said Hazel.

“Right,” said George. He began to think glimmeringly about his abnormal son who was now in jail, about Harrison, but a twenty-one-gun salute in his head stopped that.

It was such a doozy that George was white and trembling, and tears stood on the rims of his red eyes. Two of of the eight ballerinas had collapsed to the studio floor, were holding their temples.

“All of a sudden you look so tired,” said Hazel. “Why don’t you stretch out on the sofa, so’s you can rest your handicap bag on the pillows, honey bunch.”

She was referring to the forty-seven pounds of birdshot in a canvas bag, which was padlocked around George’s neck. “Go on and rest the bag for a little while,” she said. “I don’t care if you’re not equal to me for a while.”

George weighed the bag with his hands. “I don’t mind it,” he said. “I don’t notice it any more. It’s just a part of me.”

“You been so tired lately-kind of wore out,” said Hazel. “If there was just some way we could make a little hole in the bottom of the bag, and just take out a few of them lead balls. Just a few.”

“Two years in prison and two thousand dollars fine for every ball I took out,” said George. “I don’t call that a bargain.”

“If you could just take a few out when you came home from work,” said Hazel.

“I mean-you don’t compete with anybody around here. You just set around.”

“If I tried to get away with it,” said George, “then other people’d get away with it-and pretty soon we’d be right back to the dark ages again, with everybody competing against everybody else. You wouldn’t like that, would you?”

“There you are,” said George. The minute people start cheating on laws, what do you think happens to society?”

If Hazel hadn’t been able to come up with an answer to this question, George couldn’t have supplied one. A siren was going off in his head.

“What would?” said George blankly.

“Society,” said Hazel uncertainly. “Wasn’t that what you just said?

The television program was suddenly interrupted for a news bulletin. It wasn’t clear at first as to what the bulletin was about, since the announcer, like all announcers, had a serious speech impediment. For about half a minute, and in a state of high excitement, the announcer tried to say, “Ladies and Gentlemen.”

He finally gave up, handed the bulletin to a ballerina to read.

“That’s all right-” Hazel said of the announcer, “he tried. That’s the big thing. He tried to do the best he could with what God gave him. He should get a nice raise for trying so hard.”

“Ladies and Gentlemen,” said the ballerina, reading the bulletin. She must have been extraordinarily beautiful, because the mask she wore was hideous.

And it was easy to see that she was the strongest and most graceful of all the dancers, for her handicap bags were as big as those worn by two-hundred pound men.

And she had to apologize at once for her voice, which was a very unfair voice for a woman to use. Her voice was a warm, luminous, timeless melody. “Excuse me-” she said, and she began again, making her voice absolutely uncompetitive.

“Harrison Bergeron, age fourteen,” she said in a grackle squawk, “has just escaped from jail, where he was held on suspicion of plotting to overthrow the government. He is a genius and an athlete, is under-handicapped, and should be regarded as extremely dangerous.”

A police photograph of Harrison Bergeron was flashed on the screen-upside down, then sideways, upside down again, then right side up. The picture showed the full length of Harrison against a background calibrated in feet and inches. He was exactly seven feet tall.

The rest of Harrison’s appearance was Halloween and hardware. Nobody had ever born heavier handicaps. He had outgrown hindrances faster than the H-G men could think them up. Instead of a little ear radio for a mental handicap, he wore a tremendous pair of earphones, and spectacles with thick wavy lenses.

The spectacles were intended to make him not only half blind, but to give him whanging headaches besides.

Scrap metal was hung all over him. Ordinarily, there was a certain symmetry, a military neatness to the handicaps issued to strong people, but Harrison looked like a walking junkyard. In the race of life, Harrison carried three hundred pounds.

And to offset his good looks, the H-G men required that he wear at all times a red rubber ball for a nose, keep his eyebrows shaved off, and cover his even white teeth with black caps at snaggle-tooth random.

There was the shriek of a door being torn from its hinges.

Screams and barking cries of consternation came from the television set. The photograph of Harrison Bergeron on the screen jumped again and again, as though dancing to the tune of an earthquake.

George Bergeron correctly identified the earthquake, and well he might have – for many was the time his own home had danced to the same crashing tune. “My God-” said George, “that must be Harrison!”

The realization was blasted from his mind instantly by the sound of an automobile collision in his head.

When George could open his eyes again, the photograph of Harrison was gone. A living, breathing Harrison filled the screen.

Clanking, clownish, and huge, Harrison stood – in the center of the studio.

The knob of the uprooted studio door was still in his hand. Ballerinas, technicians, musicians, and announcers cowered on their knees before him, expecting to die.

“Even as I stand here” he bellowed, “crippled, hobbled, sickened – I am a greater ruler than any man who ever lived! Now watch me become what I can become!”

Harrison thrust his thumbs under the bar of the padlock that secured his head harness. The bar snapped like celery. Harrison smashed his headphones and spectacles against the wall.

He flung away his rubber-ball nose, revealed a man that would have awed Thor, the god of thunder.

“I shall now select my Empress!” he said, looking down on the cowering people. “Let the first woman who dares rise to her feet claim her mate and her throne!”

A moment passed, and then a ballerina arose, swaying like a willow.

Harrison plucked the mental handicap from her ear, snapped off her physical handicaps with marvelous delicacy. Last of all he removed her mask.

She was blindingly beautiful.

“Now-” said Harrison, taking her hand, “shall we show the people the meaning of the word dance? Music!” he commanded.

The musicians scrambled back into their chairs, and Harrison stripped them of their handicaps, too. “Play your best,” he told them, “and I’ll make you barons and dukes and earls.”

The music began. It was normal at first-cheap, silly, false. But Harrison snatched two musicians from their chairs, waved them like batons as he sang the music as he wanted it played. He slammed them back into their chairs.

The music began again and was much improved.

Harrison and his Empress merely listened to the music for a while-listened gravely, as though synchronizing their heartbeats with it.

They shifted their weights to their toes.

Harrison placed his big hands on the girls tiny waist, letting her sense the weightlessness that would soon be hers.

And then, in an explosion of joy and grace, into the air they sprang!
Not only were the laws of the land abandoned, but the law of gravity and the laws of motion as well.

They reeled, whirled, swiveled, flounced, capered, gamboled, and spun. They leaped like deer on the moon.

The studio ceiling was thirty feet high, but each leap brought the dancers nearer to it.

It became their obvious intention to kiss the ceiling. They kissed it. And then, neutraling gravity with love and pure will, they remained suspended in air inches below the ceiling, and they kissed each other for a long, long time.

It was then that Diana Moon Glampers, the Handicapper General, came into the studio with a double-barreled ten-gauge shotgun. She fired twice, and the Emperor and the Empress were dead before they hit the floor.

Diana Moon Glampers loaded the gun again. She aimed it at the musicians and told them they had ten seconds to get their handicaps back on.

It was then that the Bergerons’ television tube burned out.

Hazel turned to comment about the blackout to George. But George had gone out into the kitchen for a can of beer.

George came back in with the beer, paused while a handicap signal shook him up. And then he sat down again. “You been crying” he said to Hazel.

“I forget,” she said. “Something real sad on television.”

“It’s all kind of mixed up in my mind,” said Hazel.

“That’s my girl,” said George. He winced. There was the sound of a riveting gun in his head.

“Gee – I could tell that one was a doozy,” said Hazel.

“You can say that again,” said George.