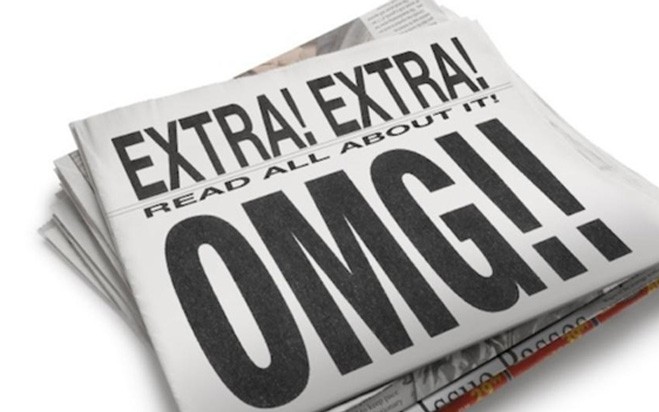 Back in the early 90s, I felt a need to understand politics far better than I had, and I spent a lot of time and effort on it.

Along the way – and partly by accident – I learned a few things that put me off broadcast news ever since.

Here are five of those stories.

#1: When a Decrease is Actually an Increase

At one point during this time, there was a furor raised over the funding of school lunches. So, I looked into it carefully.

After delving into the actual numbers, I was horrified to learn that what I heard from all the big-name news outlets was factually incorrect. Every single one of them got it wrong.

So, I called the newsroom of the biggest and most respected news radio station in Chicago (where I was living.) Amazingly, they put me right through. The conversation went like this:

Me: Listen, I have a problem on this school lunch thing. The numbers you guys are using are wrong.

News writer: What do you mean?

Me: You’re reporting a seven percent cut in school lunch funding, but I checked the real numbers – they are going up three percent. The democrats are saying “seven percent cut,” because they want a ten percent increase. This talk about a cut is false: it’s actually an increase, and you guys have to know that.

News writer: Yeah, well… the democrats gave us stuff to use and the republicans didn’t.

I was horrified, but it was, at least, an honest answer.

#2: To Make Their Voices Sound Better

Not long after this incident, I was listening to the other news station in Chicago (also an old and respected station) and in the credits at the bottom of the hour, I heard, “The news this hour is being written by Sandy ____.”

As it happened, Sandy was an old friend. A few weeks later I called her about it and asked if she enjoyed the work. The conversation went like this:

Me: I’m sorry, Sandy. It sounded like a fun job. Why did you quit?

Sandy: Well, I was writing the news as accurately as I could, but they were changing it as they read it on the air.

Me: Some kind of political bias?

Sandy (laughing): No, they were changing it to make their voices sound better.

Sandy: I kid you not, Paul. They thought their voices would sound better if they changed what I wrote, so they did.

Sandy is a person of integrity, so she quit. She was the only one.

At one point, I was involved in a human interest story that ran on the big local TV station. I observed all of the filming and talked with the interviewer off-screen as well. (Seemed like a nice guy.)

But when the show finally aired, it had been edited so that people seemed to be saying things they never said or intended to say. The program didn’t present them saying anything horrible, but it was definitely not the truth. To the viewers, however, it looked 100% real.

Read the rest of the article >