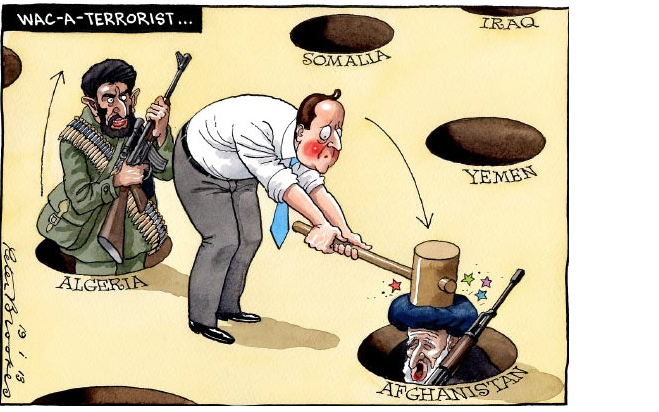 Terrorism by Moslems in America and Europe cannot be stopped. If attacks do not occur, it will be because nobody tried very hard.

Stopping them would require excluding Moslems, deporting them, or controlling them by totalitarian methods. Or, improbably, minding our own business in the Middle East.

What you think of the foregoing approaches doesn’t matter, since none of them will be used.

In France the result would be a civil war.

America is too divided to do anything about anything.

The notion that the government can prevent terrorism suggests studied inattention to the obvious. To begin, the intelligence agencies have proved useless.

The idea that terrorism can be prevented must include the idea that a package containing ten pounds of C4 and a blasting cap can be kept out of a country with long and almost open borders.

America can exclude neither tons of prohibited substances nor tens of thousands of prohibited people. C4 is not hard to use. I learned in infantry training at Camp Lejeune long ago. Nothing to it.

Exercise for the reader: Think of five ways a terrorist cell with the resources of the Nine-Eleven attackers could get a small suitcase into America. Think how you could do it. 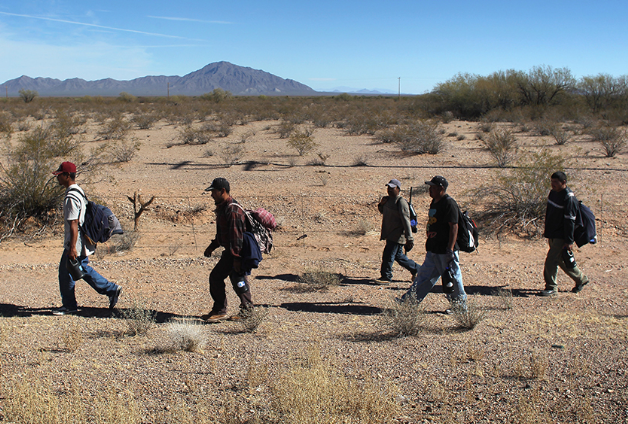 What goes on at airports is not security. It is Security Theater.

When the government’s own agents try to smuggle “weapons” aboard airliners to test the system, they succeed ninety-five percent failure TSA of the time.

Further, a terrorist doesn’t need to get aboard an airliner to blow up spectacularly.

At many airports, hundreds of people line up at ticket counters during peak hours. A carry-on bag of explosive would easily create enough slaughter to shut down air travel and to make international headlines for weeks.

The willingness of a suicide bomber to die makes him almost unstoppable.

If he has assembled enough explosive for a car bomb, he has only to find a large number of people together, pull up to them, and push the button.

An AK, a thirty-round magazine, and a Fourth of July crowd would serve well. Ten pounds of C4 in a shoulder bag in a crowded movie theater would also work.

Suicide would not be necessary: “Would you watch my bag for a minute while I go to the john?”

Warnings at airports that unattended vehicles will be ticketed, towed, and perhaps destroyed are also Security Theater. By the time the vehicle was noticed, and somebody sent to check it out, an easy five minutes would have passed and the driver would be somewhere else.

Tim McVeigh blew up the federal building in Oklahoma using ammonium-nitrate fertilizer. He didn’t need to smuggle anything into the US.

How do you watch fertilizer?

Large numbers of people are easily vulnerable in large numbers of places. Restaurants, kindergartens, churches. It is impossible to secure tens of thousands of soft targets.

The only question is whether a terrorist can get his hands on explosives. Or a gun. Or gasoline.

Exercise for the reader: Think of three spectacularly horrible things you could do with five gallons of gasoline and a cigarette lighter. Especially if you were willing to die doing them.

Do we need “gasoline control?” 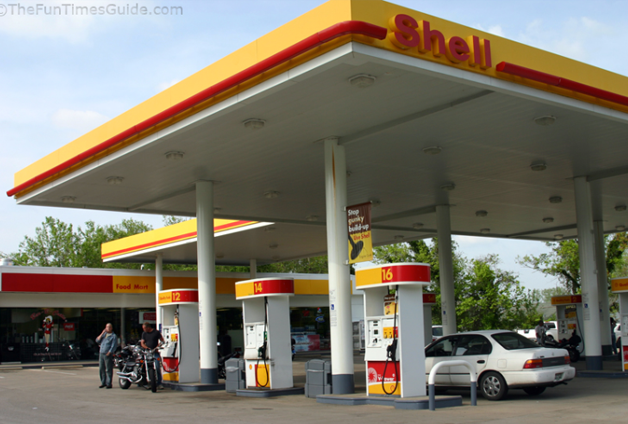 The appeal of terrorism is great because it is by a very wide margin the most cost-effective form of warfare.

By the expenditure of at most a few lives and a little money, terrorists can throw a country into panic, spur major reductions in civil liberties, permanently alter its government, and perhaps cause it to launch exhausting wars.

For example, consider what Nine-Eleven has done to America.

Exercise for the reader: Go online and investigate”improvised explosives.”

Better yet, don’t, because the FBI might show up.

Terrorists already know lots about such things. For that matter, countless military manuals in the public domain deal with such things in practical detail.

Domestic surveillance is of little use. It assumes that terrorists are stupid and do not read newspapers.

When the terrorists find that NSA can track cell phones, they stop using them. This is an inconvenience, but not a bar to success. Lone terrorists don’t have to communicate with anyone.

Exercise for the reader: Think of three ways you could communicate undetectably by Facebook.

Don’t bother with techy things like indexing by the digits of an irrational number into low-order bits of the RGB fields of a chromatically chaotic photo,. Just think pre-arranged words and phrases, photos, etc.

The last time I was on Metro, Washington’s subway, recorded messages constantly warned passengers to be alert, to watch each other, to report “suspicious behavior,” whatever that is, to a TSA official or call a certain phone number.

A terrorist, not being stupid, would make sure he didn’t look like a terrorist. (What does a terrorist look like?) At rush hour, the system is a madhouse with cars so crammed that standees can hardly breathe.

Nobody pays attention to packages and briefcases.

You can fill in the blanks.

For that matter, a suicide type could create quite a stir just by shooting everybody in a restaurant in Washington. Gun control is not an answer. It serves only to keep the law-abiding from getting guns.

Mexico strictly controls guns. Does anyone get shot there? 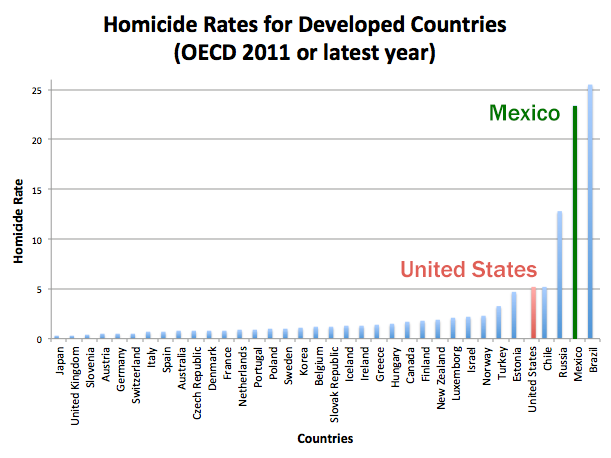 Low-level federal bureaucrats are probably too stupid to realize that what they are doing is a waste of time.

Whether the endless warnings and theater are intended to make the public think the government is “doing something,” or to co condition people to obedience, I don’t know.

For what it’s worth, I note that last time I was in Washington, the admonitions on Metro included things like “Lift your feet when getting on the escalators” and similar mommyisms. This at any rate sounds more like bored collectivism than anything else.

Exercise for the reader: Calculate the likelihood that a suicide bomber with a briefcase would be detected and rendered harmless in Washington’s Metro system.

Hint: The answer begins with “z.”

For terrorists with a little bit of organization—you know, like the Nine-Eleven crew—getting anything or anybody at all into the US is not difficult.

Have you seen a radar map of the waters around Miami at night?

There are hundreds of blips, cabin cruisers, cargo ships, fishermen, whatever.

They are not watchable.

I used to think that if I wanted to smuggle something of moderate size into America, I would have my henchmen from Colombia drop the load in a hundred feet of water off North Carolina and send me the GPS coordinates. I would go out a few days later as a sport scuba diver and pick the stuff up.

Other easy means of terrorism exist which I won’t write about because some yoyo Unabomber wannabe might actually use them.

They have all been used before, and real terrorists know about them.

It is interesting to remember that terrorism is not bad for everybody.

For the Pentagon, Nine-Eleven was a windfall, providing wars and new drones; for NSA, a massive expansion in its powers; for Israel and AIPAC, the destruction of Israel’s arch-enemy, Iraq; for the arms manufacturers, hundreds of billions; for the federal government in general, near-dictatorship and, for jihadists, the involvement of the US in crippling and endless wars.

Which is what they wanted.

Everybody profited except the American public.

The future? Hard to say.

As I write, President B. Hussein Obama is endeavoring to import tens of thousands of Moslems. It will be impossible to screen them, presumably making the importation a free ride into the US for terrorists if they so choose.

It is, however, true.

The greatest question abbout terrorists is not whether they can, but why they haven’t.