Hard to believe it’s been nearly 30 years since The Terminator hit the theaters. Remember the opening scene where the humans are scurrying about, trying to avoid the flying drones above?

Well, it looks like humanity is about to enter the opening scenes of the real thing. 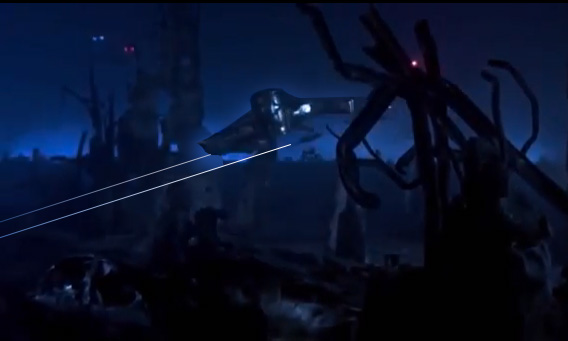 Various agencies of the Federal Govt. are planning to launch drones into the sky, and in one Colorado town, the humans are plotting their response.

Deer Trail, Colorado is considering issuing hunting permits to shoot drones. Not too surprisingly, the FAA doesn’t like the idea one bit.

The proposal itself seems like more of a gimmick to raise funds for the small town, rather than to protect the townsfolk from harassment in the sky.

The man who is driving the proposal, Phillip Steele, knows the idea is against the law, but he doesn’t care.

“Is it illegal? Of course it is. But it’s also illegal to spy on American citizens…If they fly in town, we will shoot them down.”

The draft proposal would allow local residents to pay $25 for a Drone Hunting Permit, with $100 reward for a successfully downed drone – provided that the drone markings show that the drone is owned or operated by the US Federal Government.

The FAA shot back, figuratively speaking of course, by releasing a statement that they are responsible for the air space over the town and would enforce any existing laws to punish “Drone Hunters” in Colorado or anywhere else.

A quote from the FAA statement:

“A drone… hit by gunfire could crash, causing damage to persons or property on the ground, or it could collide with other objects in the air.”

It’s a fair point, but the FAA hasn’t been very transparent about the number of unmanned aircraft flights they’ve authorized in the U.S., so there may not be much “game” to hunt for the time being.

The FAA is threatening though, “Shooting at an unmanned aircraft could result in criminal or civil liability, just as would firing at a manned airplane.”

If the drone hunters make good on their word it could make for some entertaining legal theater. Perhaps the first Supreme Court Case involving Man vs. Machine.

If by some odd twist I were to be the first person convicted of “Terminating” a drone, I know just what I’d say as they hauled me away: