December 4th, 2015
The Media Versus The Donald 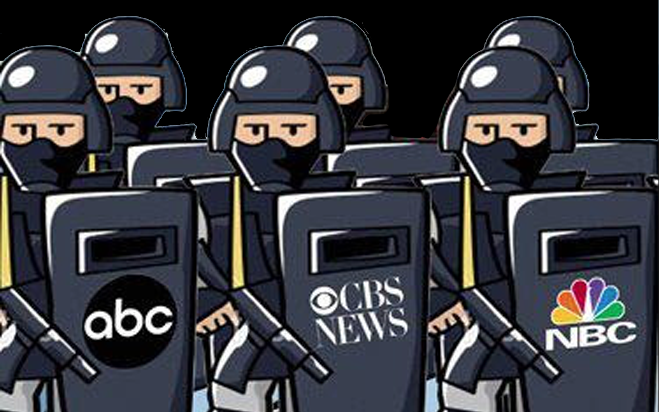 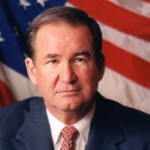 In the feudal era there were the “three estates” — the clergy, the nobility and the commons. The first and second were eradicated in Robespierre’s Revolution.

But in the 18th and 19th century, Edmund Burke and Thomas Carlyle identified what the latter called a “stupendous Fourth Estate.”

Wrote William Thackeray: “Of the Corporation of the Goosequill — of the Press … of the fourth estate. … There she is — the great engine — she never sleeps. She has her ambassadors in every quarter of the world — her courtiers upon every road. Her officers march along with armies, and her envoys walk into statesmen’s cabinets.”

The fourth estate, the press, the disciples of Voltaire, had replaced the clergy it had dethroned as the new arbiters of morality and rectitude.

Today the press decides what words are permissible and what thoughts are acceptable. The press conducts the inquisitions where heretics are blacklisted and excommunicated from the company of decent men, while others are forgiven if they recant their heresies.

With the rise of network television and its vast audience, the fourth estate reached apogee in the 1960s and 1970s, playing lead roles in elevating JFK and breaking Lyndon Johnson and Richard Nixon.

Yet before he went down, Nixon inflicted deep and enduring wounds upon the fourth estate.

When the national press and its auxiliaries sought to break his Vietnam War policy in 1969, Nixon called on the “great silent majority” to stand by him and dispatched Vice President Spiro Agnew to launch a counter-strike on network prejudice and power.

A huge majority rallied to Nixon and Agnew, exposing how far out of touch with America our Lords Spiritual and Lords Temporal had become.

Nixon, the man most hated by the elites in the postwar era, save Joe McCarthy, who also detested and battled the press, then ran up a 49-state landslide against the candidate of the media and counter-culture, George McGovern. Media bitterness knew no bounds.

And with Watergate, the press extracted its pound of flesh. By August 1974, it had reached a new apex of national prestige.

In “The Making of the President 1972,“ Teddy White described the power the “adversary press” had acquired over America’s public life.

“The power of the press in America is a primordial one. It sets the agenda of public discussion, and this sweeping political power is unrestrained by any law. It determines what people will talk and think about — an authority that in other nations is reserved for tyrants, priests, parties and mandarins.”

Nixon and Agnew were attacked for not understanding the First Amendment freedom of the press.

But all they were doing was using their First Amendment freedom of speech to raise doubts about the objectivity, reliability and truthfulness of the adversary press.

Since those days, conservatives have attacked the mainstream media attacking them. And four decades of this endless warfare has stripped the press of its pious pretense to neutrality.

Millions now regard the media as ideologues who are masquerading as journalists and use press privileges and power to pursue agendas not dissimilar to those of the candidates and parties they oppose.

Even before Nixon and Agnew, conservatives believed this.

At the Goldwater convention at the Cow Palace in 1964 when ex-President Eisenhower mentioned “sensation-seeking columnists and commentators,” to his amazement, the hall exploded.

His popularity is traceable to the fact that he rejects the moral authority of the media, breaks their commandments, and mocks their condemnations. His contempt for the norms of Political Correctness is daily on display.

And that large slice of America that detests a media whose public approval now rivals that of Congress, relishes this defiance. The last thing these folks want Trump to do is to apologize to the press.

And the media have played right into Trump’s hand.

They constantly denounce him as grossly insensitive for what he has said about women, Mexicans, Muslims, McCain and a reporter with a disability. Such crimes against decency, says the press, disqualify Trump as a candidate for president.

What the Trump campaign reveals is that, to populists and Republicans, the political establishment and its media arm are looked upon the way the commons and peasantry of 1789 looked upon the ancien regime and the king’s courtiers at Versailles.

Yet, now that the fourth estate is as discredited as the clergy in 1789, the larger problem is that there is no arbiter of truth, morality and decency left whom we all respect.