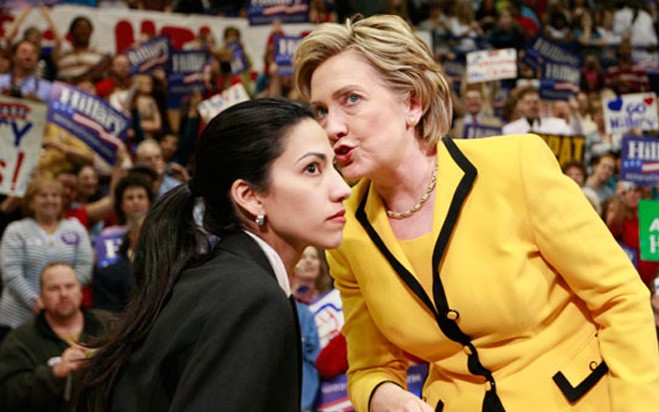 Huma Abedin has done nothing wrong. As far as I can tell, she hasn’t done anything at all.

Who the heck is Huma Abedin?

Well, a few people know her as one of Hilary Clinton’s staff, while many others know her as the extremely patient wife of former congressman Anthony Weiner.

Yeah, that guy, the one who can’t stop e-mailing pictures of his, umm, weiner, and also can’t seem to figure out how that might hurt his chances of winning an election. 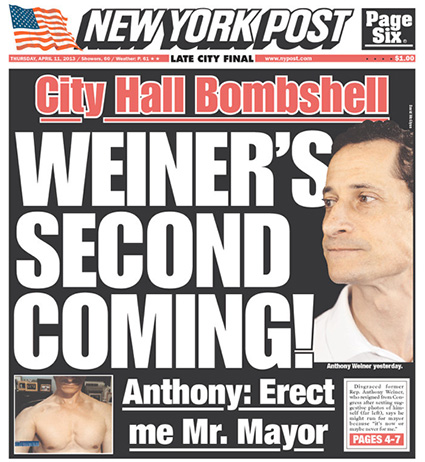 Weiner and Abedin were married by none other than former President Bill Clinton.

Ms. Abedin has done well to stay out of the headlines during her husband’s hijinx, but recently found herself the subject of her own scandal, as reports connecting her family to the Muslim Brotherhood surfaced.

Not very convenient given that Ms. Abedin was on Secretary of State Hilary Clinton’s staff during the uprising in Egypt and the attack on the embassy in Benghazi.

The reports have been strongly denied, and even if they were true, there is no evidence that Ms. Abedin has done anything wrong.

The press has been quite vigorous in defending Ms. Abedin’s character, deeming her:

Do you ever get the feeling that these news outlets are all working from the same press release?

In any case, if Ms. Abedin is so smart, what has she accomplished?

Her last job was Head of Hillary Clinton’s transition team. Mrs. Clinton, you may recall, was once Secretary of State. And heaven knows that a person can’t quit a high level job without a transition team.

So, was being the supreme executive in charge of Mrs. Clinton’s transition team an exhausting and time consuming burden, even for a ‘smart and accomplished’ woman like Ms. Abedin?

Could that be why her husband’s weiner kept popping up all over the place?

According to Politico, Miss Abedin is taking an “extended vacation” from her job with Mrs. Clinton.

This “vacation” was not because the Clintons were trying to avoid having their good name linked with a pervert and his enabling wife, but rather because as the Politico story explained, “Hillary Clinton has close to no schedule…”

In other words, being Head of Hilary Clinton’s Transition Team was a useless job.

What else has Huma Abedin accomplished?

Well, she was chief of staff for Hillary’s 2008 Democratic presidential nomination campaign. Which Hillary lost. So, not much of an accomplishment there.

According to some reports, Mrs. Clinton flew a “million miles” during her tenure – to “reset” our relationship with Russia, and lead from behind in the Arab Spring.

Dead Americans in Benghazi, and shut down embassies in Egypt, Yemen, Jordan, Libya, Saudi Arabia, and a bunch of other places because everybody hates us. 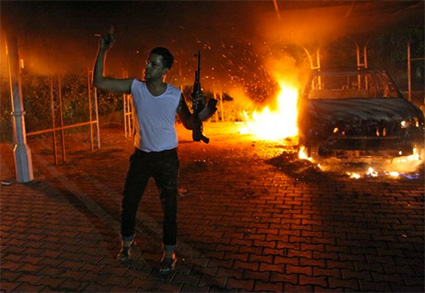 Meanwhile in Moscow, Vladimir Putin has accepted the first American defector to Russia in decades, and is all but taunting Obama to pull out of the insufficiently gay-friendly Russian Olympics.

As Hillary must surely wonder about flying those million miles, “What difference, at this point, does it make?”

Other than pad her resume and ride Hilary’s coattails, it’s difficult to find anything that Ms. Abedin has accomplished.

And yet Time Magazine described Ms. Abedin as a “rising star of American politics.”

Wow, what a nice thing for them to say, I guess that counts as another accomplishment.

These things really start to add up after awhile.

But what about her husband, the infamous Anthony Weiner. What accomplishments does he have to show for a lifetime spent in “public service?”

Well he does have a $3 million Park Avenue apartment that mysteriously came his way after his enforced return to the private sector. 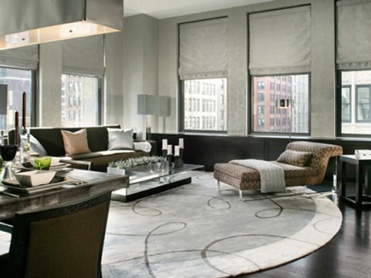 Yet his time in Congress left no trace whatsoever.

Any day now, Hillary Clinton, having spent 20 minutes in the private sector, will be needing a new “transition team” to help her transition into replacing President Obama.

He’s “smart” and “accomplished,” too.

He had a million bucks of elite education – Occidental College, Columbia University, Harvard Law School – and became a “community organizer.”

Heaven knows what kind of chaos communities would break into without a qualified organizer at the helm.

Mrs. Obama went to Princeton and became a “diversity outreach coordinator” at the University of Chicago Hospital.

A job so vital, that when she left to become First Lady, they didn’t bother replacing her.

This is what it means to be “smart” and “accomplished” today.

Doing is out, results don’t matter, because being smart enough to get by without doing anything IS an accomplishment for the ”everybody gets a trophy” generation.

One thought on “Smart and Accomplished”