October 2nd, 2014
Confessions of a Transgender. 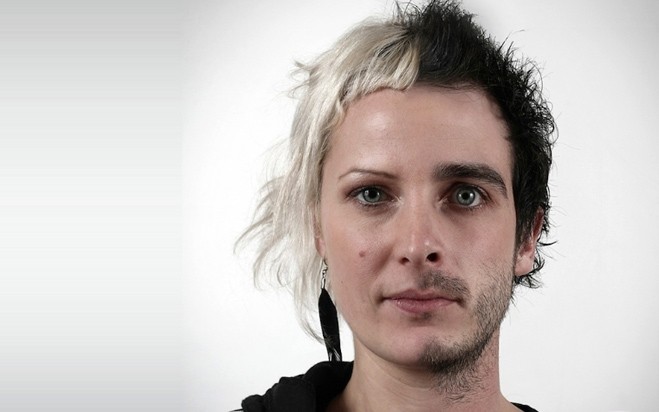 A Redditt user who identified herself as transgender posted these observations about life as both genders.

You can call me D.

I’m a 22, almost 23 year old transgender male living in the US. I lived the first 17 years of my life as female, and have spent the last five presenting as male.

And I have seen exactly what is different when it comes to how men and women are treated.

I have always felt like a guy. Even when I was little. My parents had no problem with me being a ‘tomboy’, or acting mannish – fishing, karate, lifting weights, kicking the shit out of other kids in competitive contact sports like football, baseball, whatever.

This wasn’t something that anyone saw as ‘strange’ – which I now see as a huge double standard, as, if it were reversed with a male-assumed child acting feminine, he’d be ridiculed to shit, but I digress.

I grew very tall, very wide, very ‘masculine’, very fast – I topped out at 5’9″ by the time I was 14, and I am taller and broader in the shoulders than my father.

I have a very square head/face shape, which at times made people peg me for a lesbian, which was whatever – but my face DOES have some feminine qualities that now, as I pass as male, are a source of ridicule, mainly from women.

I only mention these things because they are pretty integral to how I’ve been treated.

So many things that I was told to be proud of as a woman, now are a source of shame and teasing. Women can like and do whatever they like, but as a man, you are so god damn limited in what is ‘acceptable’.

The more I see women screaming about wage gaps and how women are so limited and men are higher than they are in society, I could just vomit.

When I was presenting as female, I consistently got higher wages. Seriously. I have worked at a few gas stations in my time (because I am stupid and dropped out of school – any young redditors that are reading this, don’t you dare drop out of school, it SUCKS), and, shit you not, as female made close to $0.50 HIGHER, in the same county, same store chain (different branch).

Why? Because a “single young female living on their own” deserved a bit more money than a single dude would. Simply for having a “F” on their ID.

When I identified as female, I was somehow awesome for being on the taller end of femme, but now? Now I’ve been called a “manlet” for being a hair under average male height – because apparently men get to be treated like shit for something that they can’t control.

I’ve also noticed that, while dating women, a lot of them won’t even go NEAR you if you’re under 6 feet tall. Which is bullshit.

As I’m bisexual it didn’t really matter too much to me, but I did notice something anectodally interesting – gay men and bisexual men don’t generally give a flying flip if you’re short or tall as long as there is chemistry between you.

But of course, men are the judgemental ones, right guys?

Now, I like a lot of typically dudely things, but I also really like cooking, crafting, and (currently) being the stay-at-home husband that I am.

These things are all consistently ridiculed by ‘friends’, former coworkers, and even family.

As a woman, I could be as manly as I wanted, as butch as I pleased and no one batted an eye, but as I transitioned into male? It was “unacceptable”. I needed to “man up if I was going to be a man” – what the hell is this shit?

As a woman, I was free to be as shitty as I wanted, in personality, as well – in my (very stupid) younger man-hating years, no one was mad, and people even ENCOURAGED me to be a man hater!

Now, as a man, I am apparently not even allowed to voice my opinion on women’s rights. Doesn’t matter that I still have breasts, a vagina, and two X chromosomes – nope. Because I pass as male, I have suddenly lost my ability to understand the plight of poor womenfolk.

There are SO many double standards between males and females, I could go on for the entire 15000 character limit, but I’ll leave it here and stop rambling.

One thought on “Confessions of a Transgender.”