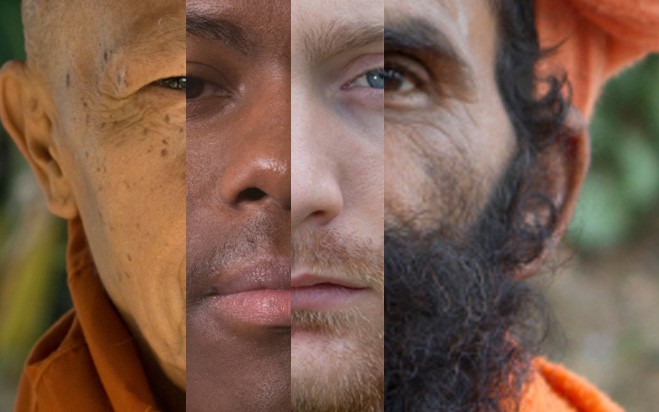 Mention the word ‘slavery’ and most people think of the American South from the 1600s to 1800s.

But in truth, the evil of slavery has afflicted mankind all over the planet, before and after that time.

According to black historian Henry Louis Gates Jr., of the nearly 12 million Africans shipped across the Atlantic, only 388,000 were bound for the United States.

Yet as history is told, and widely believed, the United States was the demon of the world, and is held in contempt alone for this shameful period of history.

The vast majority of African slaves were sent to South America, primarily Brazil. But the Atlantic slave trade was only a part of the problem.

And during the same period, nearly three times as many Europeans were enslaved by Africans, as there were Africans taken to the United States.

Galley slaves were not fiction, they were a very real problem for hundreds of years. 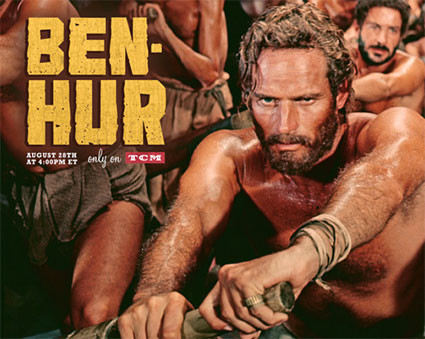 And slavery was a worldwide epidemic:

Slavery was not an American problem. It was a worldwide problem.

This reality seems to have been replaced by a fashionable notion that slavery was the result of ‘racism,’ primarily by white Europeans.

But the vast majority of slavery has NOT been the enslavement of racially different people.

Throughout history, people have been enslaved because they were vulnerable, not because of the way they looked. For most of history:

Slavery was not based on race, or even theories about race.

The people of the Balkans were enslaved by fellow Europeans for at least 600 years before the first African ever set foot in America.

Racism did not cause slavery.

But what did? And how did it end?

A student of American history might be forgiven for believing that Abraham Lincoln freed the slaves. But this simple and appealing idea requires a complete ignorance of the history of the world, which the American education system is only too happy to provide.

A closer reading of Lincoln’s own writing reveals that he was no abolitionist.

The worldwide evil of slavery did not come to the end because one man made a speech. Instead there were longer processes at work.

Perhaps the most important development was the formation of organized societies with the military ability to defend their people against slave raiders.

As more and more of these societies came into being, more and more people became ‘off-limits’ to slave traders. Borders and armies made enslaving one’s neighbors difficult.

But people who lived in less organized areas such as the Balkans or Africa remained vulnerable.

Sub-Saharan Africa, with its many tribes and lack of countries, was one of the last remaining places on earth where vast numbers of people could still be enslaved.

When European explorers began landing in West Africa, they discovered an already flourishing market in human beings. And the invention of the ocean going ship made a new kind of slavery possible.

Contrary to the myths perpetuated by Hollywood, Africans were by no means the simple and bewildered innocents baffled by white men who were taking them away in chains.

On the contrary, West Africa was a slave-trading region before, during, and after Europeans arrived.

It was Africans who enslaved their fellow Africans, selling some to Europeans, some to Arabs, and keeping the majority for themselves — well into the 20th century,

But while slavery continued to be common around the world, only one culture developed a moral revulsion to it.

Today it seems so obvious that slavery is wrong, but the fact of the matter is that for thousands of years it was simply not an issue, not even among great religious leaders or moral philosophers.

It was primarily the British, who became the destroyers of slavery not only in Europe, but in Africa, Asia, the Middle East, and everywhere else.

The people who began this movement were conservative religious activists—people who today would be called the “religious right.”

The people who opposed them were “scientific” progressives.

Christianity was the second great movement that spelled the end of worldwide slavery.

Religious people who firmly believed that, “we are all God’s children,” fought to end slavery, while Darwinists and biological hair-splitters sought to justify it.

Clearly this story is not ‘politically correct’ in today’s terms, and thus it is ignored, as if it never happened.

And much more than ignored, education and media perpetuate the false idea that “Western Colonialism” and “Religious Intolerance” were to blame for slavery.

History shows exactly the opposite.

Contrary to popular notion, it was the advance of Western Imperialism that marked the end of slavery.

The British stamped out slavery throughout the British Empire, and also by its pressures on other nations. Western Colonialism did more to end slavery than perhaps any other movement. For example:

No non-Western nation shared in this animosity towards slavery.

Africa, Asia, and the Middle East resisted all efforts to end slavery, and were often quite puzzled by European’s obsession with doing so.

The British Ambassador reported after a meeting with the Ottoman Sultan:

“I have been heard with great astonishment, accompanied by a smile at a proposition for destroying an institution closely inter-woven with the frame of society…”

In New Zealand, the native Maori chief dismissed the British this way:

“We took possession… of all the people. Not one escaped. Some ran away from us, these we killed—but what of that? It was in accordance with our customs.”

And in 1841, even the African ruler of Zanzibar pleaded for the British to allow the slave trade to continue, lest he lose the support of his subjects.

In short, the European’s aversion to slavery, was almost imcomprehensible to non-Europeans.

When the Ottoman Empire gave into British pressure and outlawed slavery. Here is how the scene was reported in 1855:

“When the Sultan’s firman was read out in Mecca it caused a revolution. Turkish officials including the one who read the firman were murdered. The garrison shut, and Mecca in a state of revolt… There was no Ottoman cruiser in the Red Sea capable of giving effect to this order, and Turkish officials were too frightened to enforce it.”

Even though the Ottoman slave trade had been abolished—slavery continued. In 1891 the imperial palace purchased 11 slave girls for its harem from Circassia, (now Southern Russia).

Not only did the Turks accept this practice, so did the Circassians.

Mothers often groomed their daughters for this role, and sold them into what was seen as a desirable situation, at least in comparison to what was available in Circassia.

“The only complaint we have ever had from Circassians has been against our attempts to stop the traffic.”

In Africa, European slave traders were more likely to catch malaria in Africa than a slave. They simply bought their slaves on the coast and left as soon as possible.

As in Europe, Asia, Polynesia and everywhere else slavery has existed, the stronger tribes in Africa enslaved the weaker tribes.

It was precisely the ignorance of Western slave traders, that enabled people in Europe and America to remain oblivious to the brutal reality.

200 years after the Atlantic slave trade began, the Royal African Company asked its agents to ‘investigate’ how slaves were captured.

What they found was horrific.

Until then, Europeans had typically seen only the end result: enslaved people for sale on the coast.

None of this means that the horrors of the transatlantic slave trade should be ignored, downplayed, or excused.

Nor have they been.

But blaming Western Culture, or America, or even racism, for slavery can only be done in complete ignorance of history.

Yet for more than 100 years, it was Western Culture alone, that opposed slavery around the world.

Years after the slaves were freed in America, Islamic pirates continued to capture and enslave Europeans to row their ships in the Mediterranean.

Unlike the African slaves who were at least released onto dry land, these ‘white slaves,’ were often chained to their ships for the rest of their lives. 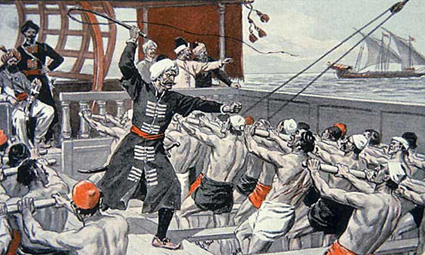 Thomas Jefferson and John Adams, who were then the Ambassadors to England and France, met with the Islamic representative to see what could be done to end the practice.

The meeting did not go well. As Jefferson wrote to John Jay:

“The Ambassador answered us that it was founded on the Laws of their Prophet, that it was written in their Koran, that all nations who should not have acknowledged their authority were sinners, that it was their right and duty to make war upon them wherever they could be found, and to make slaves of all they could take as Prisoners…”

The United States, Great Britain, and France continued paying ransom, tribute, and bribes for safe passage through waters that passed near Islamic lands.

When Jefferson became President, he set out to put a stop to it. He assembled the first ‘trans ocean’ U.S. navy, and shipped the Marines to “the shores of Tripoli,” to free enslaved Americans.

Although slavery came to end gradually by small battles, diplomatic, cultural, and armed pressure around the world, it was only in the United States that it came through a Civil War.

Critics of American history are fond of pointing out that many of the founding fathers owned slaves.

And while that is true, most were born into that ownership, and many fought against it. Again, consider Thomas Jefferson:

In short, Jefferson fought his whole life to make America good on its promise that “All men were created equal.”

The problem faced in America, before, during, and after the Civil War, was “how” to set the slaves free.

Even Jefferson noted that simple emancipation was more like abandonment than liberation for a people “whose habits have been formed by slavery.”

Some Americans, including George Washington and Abraham Lincoln, sought a way out of this painful dilemma by sending the freed slaves back to Africa.

But by the time this idea became widespread, most of the slaves in America had never seen Africa, and neither had their grandparents.

Culturally, they were no longer Africans. They were Americans. And through no fault of their own, adapted to a high degree of dependency.

One thought on “The Real History of Slavery”