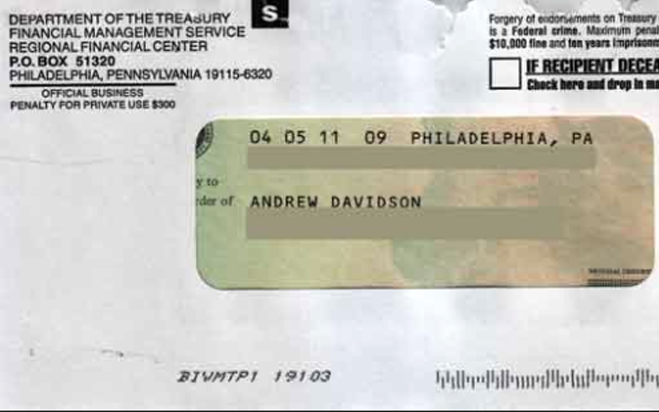 By law, children of the one-hundred-percent-disabled combat vets can receive help, about $8500 a year, with the university expenses of their children.

One such vet here, I’ll call him Dad, was accepted for such aid for his kid, whom I will call Kid.

Dad, reasonably enough, asked the VA to deposit the money directly into Kid’s account in Mexico. Direct deposit is instantaneous, secure, and verifiable. But T/VA (Treasury or VA, he isn’t sure which) won’t deposit money electronically to accounts in Mexico.

Well, said Dad, deposit it directly to my account in the US. No, said T/VA, we can deposit money only to an account in Kid’s name.

The government had thus ruled out the only secure means of transferring the taxpayer’s money.

Well, said Dad, send a check to my mail-forwarding service in Laredo. It is not perfectly secure, but far more so than the Mexican mails.

No, said T/VA, they could not send the money of Kid in Mexico to a post-office box in Texas.

This ruled out even the reasonably secure methods.

T/VA was going to send a large check through the mails of a notoriously corrupt country. This insistence embodied the normal governmental qualities of stupidity, irresponsibility, lack of realism, and unconcern with results.

They get paid anyway, nobody knows who they are, and they can’t be fired.

Now, if you are going to send a large check through extremely corrupt mails, the wise thing to do is to send it in a plain envelope, the way banks send replacement credit cards.

The envelope does not actually say, “Check! Check! Steal me!” It comes close.

If you insist on sending a large check of someone else’s money in an obvious envelope through crooked mails, would it not make sense to endorse the check, “For deposit to account of payee only. Require passport”?

But we are talking about the government. It’s not their money. They don’t care.

The check was stolen and cashed illegally in California by agents unknown. Exactly the same thing happened to Kid’s second check sent as arepacement, and then to a third check.

That is, the feds, who are anonymous, unaccountable, don’t care, can’t be fired, and get paid anyway, threw away $25,000 of the taxpayer’s money.

Might the Treasury notice this, and perhaps do something different?

No. Why should they? Federal workers get paid anyway.