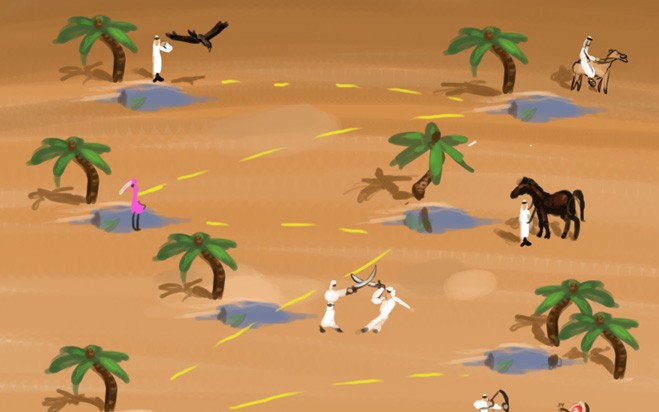 Did you ever stop to wonder why is there a “Middle East” in the first place?

Just about as long as any of us can remember there have been problems there. But why are the lines drawn on the map in a way that people just can’t seem to stop fighting over?

It might be tempting to think of Syria, Libya, Iraq, Israel, Saudi Arabia and so on as ancient countries, but nothing could be further from the truth.

Certainly those lands have been populated, even civilized, for thousands of years. But the notion of a “country” as we understand it is a relatively new one, and even more so in that part of the world.

For most of the past 500 years it was all part of the Ottoman Empire, ruled by a Sultan in Turkey. No lines in the sand, no capital cities, just one big empire. 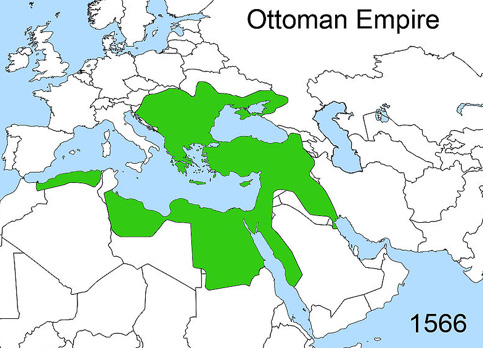 The Ottoman Empire was a big inconvenience to Europeans who wanted spices and tea from the Far East.

The dangers of traveling through Ottoman territory, as well as the taxes levied, created an incentive for the great explorers to find a way around them.

When Columbus sailed the ocean blue, it was partly to avoid the Sultan’s due.

It wasn’t until hundreds of years later, that the needs of a different naval explorer would change the attitude of the West towards the Ottoman’s dramatically.

The new First Lord of the British Navy, Winston Churchill, decided that all new ships would be powered by oil, not coal.

Britain didn’t have any oil—but the Ottoman Empire did.

So when the First World War broke out, and the Ottoman’s sided with Germany, the first war for oil, and one of histories greatest land grabs began.

The Ottoman Empire had long been in decline, and the British were quick to align themselves with groups who claimed a right to the land. Most notably Sharif Hussein of Mecca and the Zionists led by Chaim Weizmann.

Britain promised Palestine to the Zionists, but also led Sharif Hussein to believe that he would govern what is now Israel, as well as Syria, Jordan, and Arabia.

But Britain had also made separate deals giving Syria to France, Libya to Italy, Palestine to the Zionists, while reserving Egypt, Iraq, and Iran for itself.

In the movie Lawrence of Arabia, that is what is being fought over. Lawrence says, “The Arabs are going to have Damascus, because I am going to give it to them.”

But when Lawrence actually did lead the Arabs to victory over the Turks in what is now the capital of Syria, his superior officers were not amused.

Damascus was already promised to the French.

But no one wanted to tell Lawrence or the Arabs that, since they were so effective at helping to break up the Ottoman Empire.

The official betrayal of Sharif Hussein would not come until after the war, when new lines were drawn, and new leaders appointed.

Hussein was out, and a more compliant Arab leader called Saud was in. That’s why it’s now called “Saudi” Arabia.

The partitioning of the former Ottoman Empire, along with the betrayal of the Arabs and the insertion of the Zionists into Palestine, created the Middle East dynamic that exists to this very day.

Almost a hundred years later, the bickering and fighting goes on with no end in sight.

And it all started with the confused British Foreign Policy, and culminated when the victors of the First World War sat down to draw lines in the sand.

Sands that they had never set foot upon, occupied by people they did not understand nor cared to consider.

The countries they created: Syria, Iraq, Israel, Jordan, etc. are the result of meddling from afar.

Conflicts between people who found themselves drawn into nations not of their own making should come as no surprise.

What should be surprising is that the meddling continues.