October 25th, 2014
Hillary Clinton and the Dept. of Making Shit Up 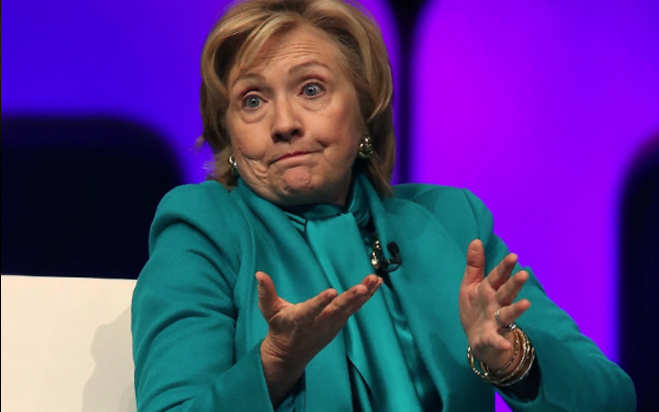 Hillary Clinton told an audience in Massachusetts, “Don’t let anybody tell you that its corporations and businesses that create jobs.”

Much to their credit, there was no boisterous applause from the audience for such an inane comment.

Even according to the New York Times, the vast majority of jobs since the bottom of the 2008 recession have been created by corporations and businesses:

Not one to be perturbed by silly things like ‘facts,’ Hillary continued:

“You know that old theory, trickle-down economics. That has been tried, that has failed. It has failed rather spectacularly.”

Okay, first of all, there is no such thing as “trickle-down economics.” Nowhere in the vast library of economic thought has any economist ever, EVER, proposed such a thing, much less defined it.

This phrase, “trickle-down economics” is just a catch phrase that pundits and politicians conjure up like a boogeyman under the bed. Research has shown that crowds will applaud those who oppose this fictitious beast.

But the crowd still wasn’t responding, so Hillary cracked a joke:

“One of the things my husband says when people ask him what he brought to Washington, he says I brought arithmetic.”

That got some applause. But what did it mean?

During Bill Clinton’s two terms in office, more PRIVATE sector jobs were created than under any other President in living memory. 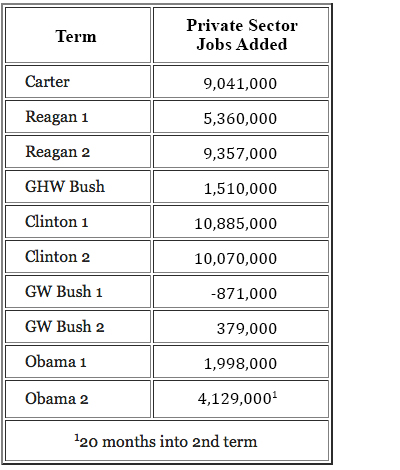 If Bill Clinton brought arithmetic with him to Washington, D.C. perhaps he should have explained how it works to his wife.

But to even fall into the discussion of how many jobs were created under whom is to fall into a distortion.

President’s do not create jobs. And when their policy decisions do affect employment, it is often not seen until years or decades after they’ve served.

Bubbles the Chimp could have served as President during the go-go years of the late 90’s and the job creation numbers would have been the same.

Are either Hillary or her fans perturbed by the lack of reality in her speeches or comments? Not in the least.

They live in a reality free zone.

If the facts don’t fit their agenda, then make shit up.